Truth be told, this was the second box that I opened - but I decided to simply post the video for the 1991 Topps Archives box break (see this morning's post) which made it easier to post that box and contents first!

That said, it's on to Pacific Paramount! 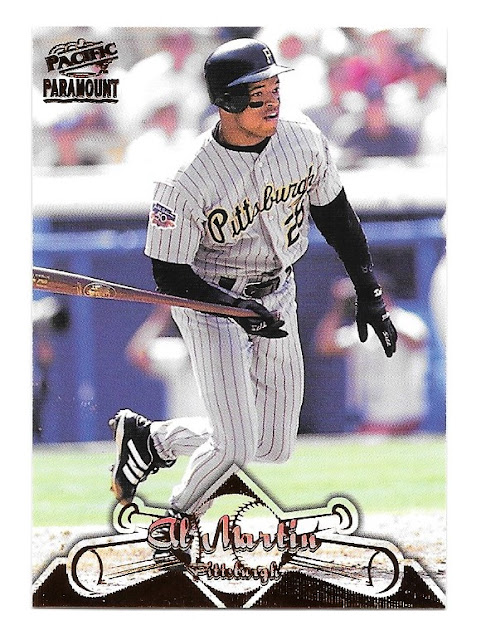 Each hobby pack of 1998 Pacific Paramount should have a hobby only Copper parallel in it.  The only difference is the foil nameplate - it's silver on the regular base cards. 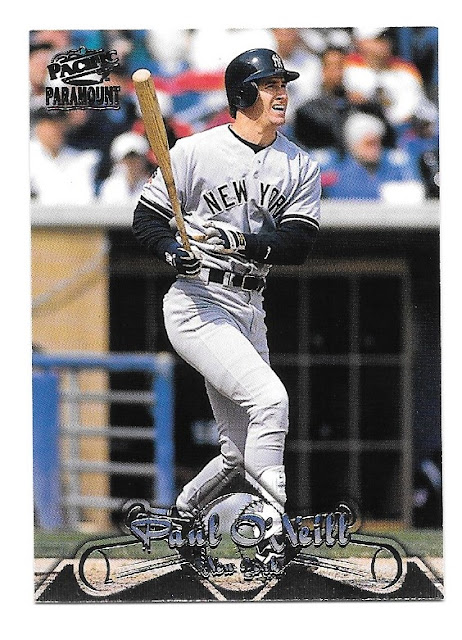 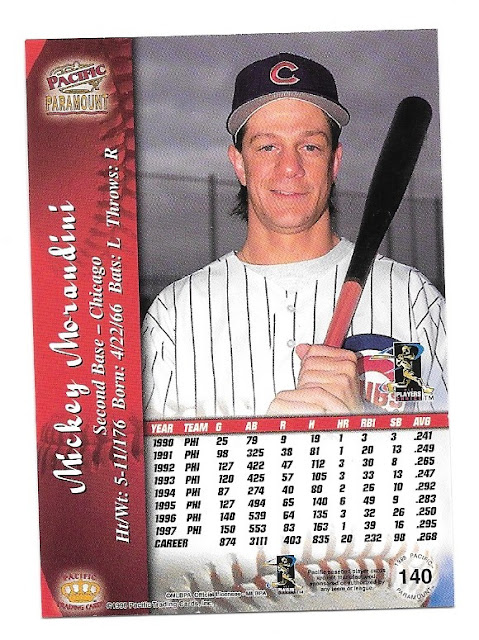 The back of the cards is well done - I always appreciate getting a second image of the featured player.  My only complaint would be that team logos don't appear anywhere (making quickly sorting by team kind of a pain)! 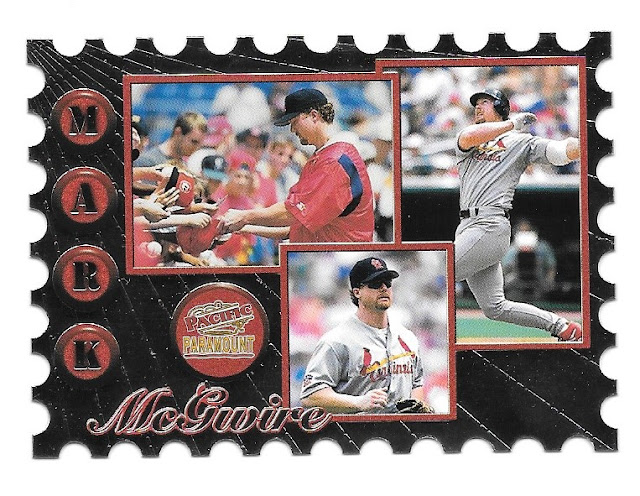 Woah, that's what I'm talking about!  The Special Delivery cards are seeded 1:37 packs or every-so-slightly less than one per box!  Congrats goes out to Madding who lands this beauty!

That's the start of the Pacific Paramount box - and with a box hit within the first four packs, I'd say it was a great start!  More from this box soon!