Delivery Time! Forget the Astrodome, this is a New World (or at least a new blog)!

on September 07, 2019
Trades have been coming in fast and furious here at the house of Nachos - not that I'm complaining mind you!  Instead, I'm simply trying my best to get back in front of the various trade posts that I owe all the great people sending me cards.  Today's package (from Marc over at his new blog Marc Brubaker) arrived back in the beginning of August (which should tell you roughly speaking how behind I am in posting trade packages)! 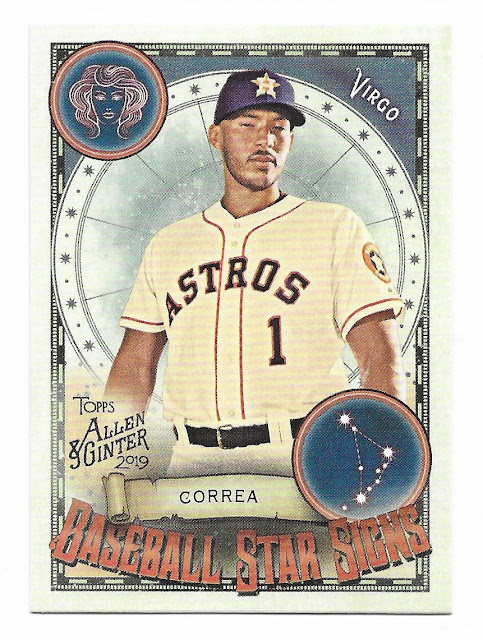 I've actually managed to finish off the Baseball Star Signs thanks to a flurry of recent trades such as this one.  Funny that this is an Astros card coming from Marc rather than going to him in a trade!

The other regular-sized insert set from 2019 A&G that I'm still working on is the Ginter Greats set. 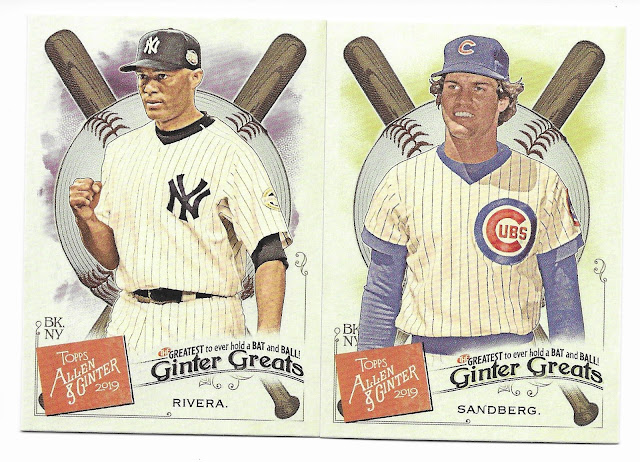 Unlike the Baseball Star Signs, I'm still missing some cards from this set but hopefully it'll be completed prior to the end of 2019!  I can't say that I love the look of these cards, the design is alright but there's still something "off" on them if you ask me. 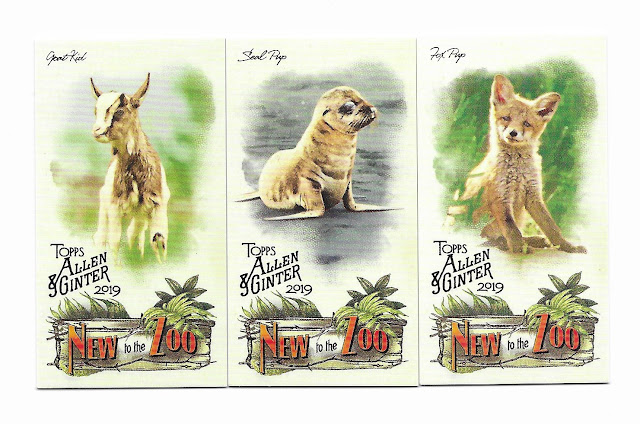 The retail-only New to the Zoo mini set is tremendous fun.  Ginter has done many different animal sets (the 2019 A&G set has a different horse-centric insert set for example) but I think the New to the Zoo sets is one of the best executed animal sets Topps has done in awhile.  I love that the back write-ups on each card focus specifically on what the baby animals do (for example, baby goats, i.e. kids, get up and take their first steps minutes after being born while baby seal pups stick to land for at least the first month of their lives).

Marc threw in a bunch of assorted Reds for me as well including this awesome (and super shiny) Barry Larkin card that is numbered out of 399. 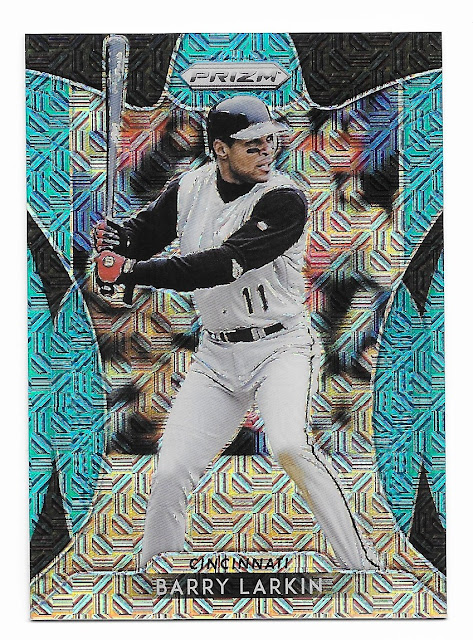 Many thanks for the great trade, Marc - and good luck with the great-looking new blog!

Finally, should anyone else wish to trade with me - check out my want list and make an offer!  Also, if you didn't know, I have a HUGE list of sets with trade bait listed that I'd love to send away in trades.
Delivery Time Marc Brubaker Remember the Astrodome