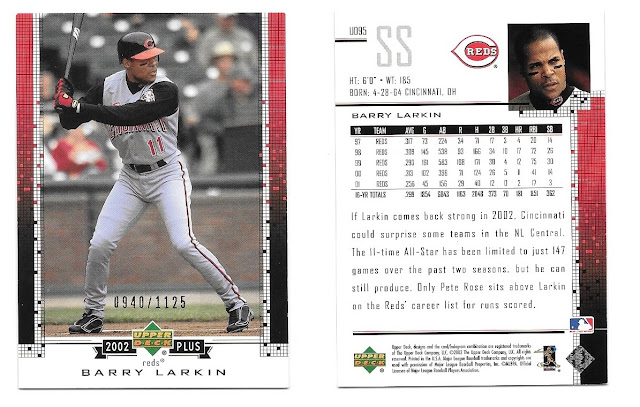 I have to admit, other than the serial numbering, this card could have simply been a regular base card.  Nothing about it screams "insert" or even "special" but it's a nice enough design on its own.  I do like the team colors in the stripes along the side of the card, that's a nice touch.
Barry Larkin Larkin Collection Upper Deck 2002