on December 11, 2019
A few days ago, I showed off some of the highlights from the first half of a large box of Reds that I recently received (courtesy of David over at Indians Baseball Cards).  Today, I'm back to show off the rest of the goodies from the second half of the box.

We begin with a pair of rather nice Johnny Bench cards, both of which were new to my collection. 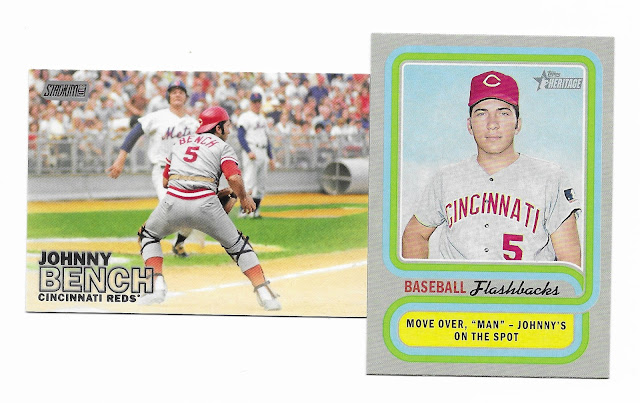 I particularly love that Stadium Club card - and the Stadium Club brand in general.  It's simply too bad that Topps prices boxes of Stadium Club out of my reach (especially since I never seem to get good autographs out of the product).  I wish Topps would release a "poor man's" version of Stadium Club that was simply a box of base cards and maybe a single insert set (or, even better, just base cards).  Who really needs autographs or other hits in a photography dominated set anyhow?!

Speaking of things no one really needs, how about Panini Parallels? 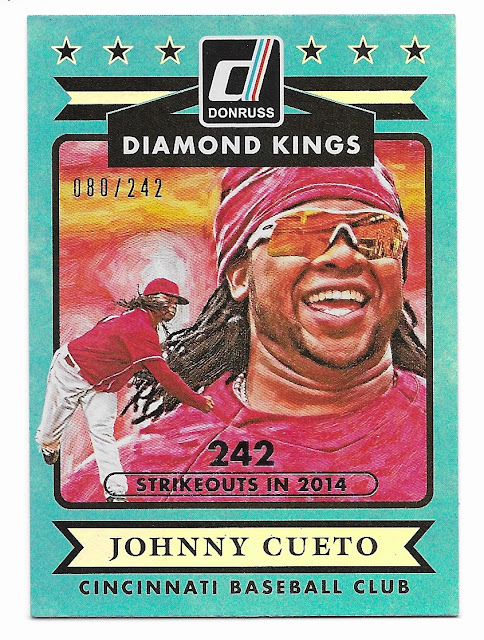 My box had this Diamond King parallel #/242 of Johnny Cueto.  I don't get a lot of Reds serially numbered cards so this is nice for that reason, but if I'm being honest it feels like Panini goes overboard on their serial numbering anyhow so I don't think this card is particularly special (or rare).  Still, it's definitely unique to my collection.

Another unique card for me was this Upper Deck SP card of C.J. Nitkowski. 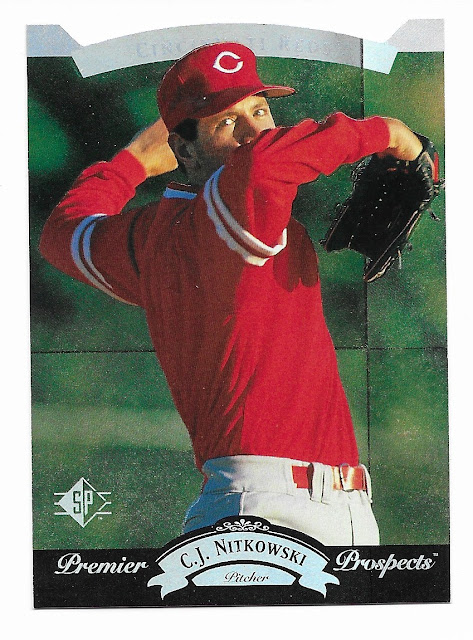 C.J. never really amounted to much for the Reds but this is a nice looking die-cut card.  I'm quite optimistic that this card will end up in my Reds Frankenset...but I guess I have to see which card it would hypothetically replace in the set before being able to say for certain it makes it in!

And finally, one more parallel: 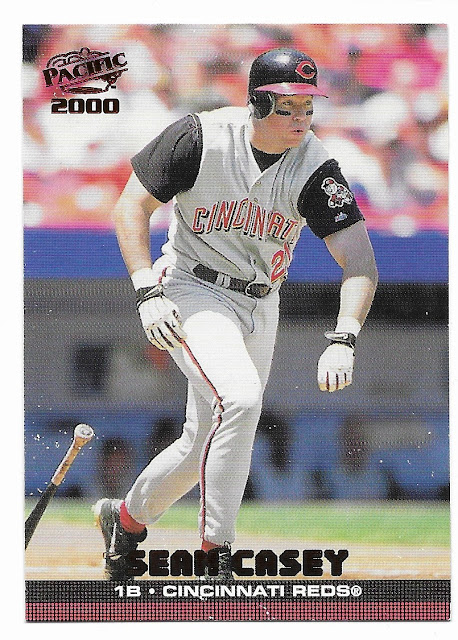 That's a red parallel from 2000 Pacific, one of my favorite Pacific sets.

At the moment, Sean Casey is one of the players that I've set aside as a PC guy.  Other than Barry Larkin, I don't actively seek out cards for my other PC players but if I stumble across them I do set them aside.  In total, the box that David sent me helped me out with a bunch of PC guys of mine including Casey, Dunn, Griffey Jr., Davis, Sabo, Bench, Votto, and others.  Oh, and of course there were a few Larkin cards in there as well but the new ones (to me) will be shown off in the future as part of my ongoing Barry Larkin Collection series of posts.

Many thanks for the awesome box of cards, David!  It was a pleasure sorting through everything - and now I'll get even more fun as I see which cards from the box make it into my Reds Frankenset!
Delivery Time Indians Baseball Cards Tribe Cards