I've gotten way behind showing off my trade packages and so I hope to get caught back up this week.  To do so, I've got a bunch of cool envelopes to show off starting with this one from Matt over at Bubba's Bangin' Batch of Baseball Bits.

Matt is one of the biggest Allen & Ginter collectors that I know and so each year he and I usually make at least one fairly large swap to help each other collect the full set.  This year, not only did Matt help me out a bit with the 2020 A&G set but he also uncovered some older A&G cards that I still needed.  Since many might be tired of seeing 2020 stuff, let's start with a look at some older cards beginning with the Urban Fauna set from 2014 A&G. 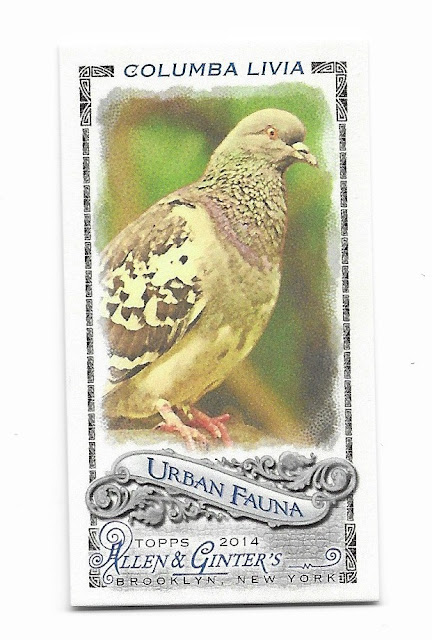 I never knew the correct name for a pigeon is a Rock Dove.  A quick Wikipedia search tells me that the domestic pigeon is derived from the Rock Dove and that the Rock Dove is the world's oldest domesticated bird (dating back to the Mesopotamians and Egyptians).  That's pretty cool!

Speaking of pretty cool, my 2014 A&G Want List finally got reduced slightly...but I still have a long way to go for this set.  If you are curious, here's what I still need from 2014:

Next, going back another year in time we have a A&G back mini of Brandon Phillips. 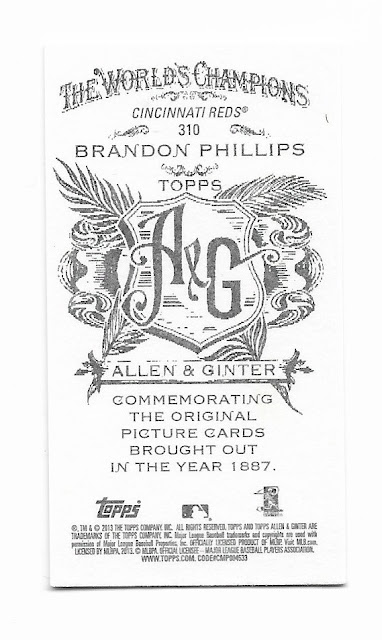 In 2013, I thought it'd be fun to simply collect the "rainbow" of the Reds minis (regular back, A&G back, and black border).  This idea hasn't been as fun in practice as I thought since it's now the year 2020 and I'm still missing way too many of the Reds minis!

Wonders of the World Cabinet Boxloaders

With the older cards out of the way, let's take a gander at some of the 2020 stuff that Matt sent me starting with the last mini in this particular trade package. 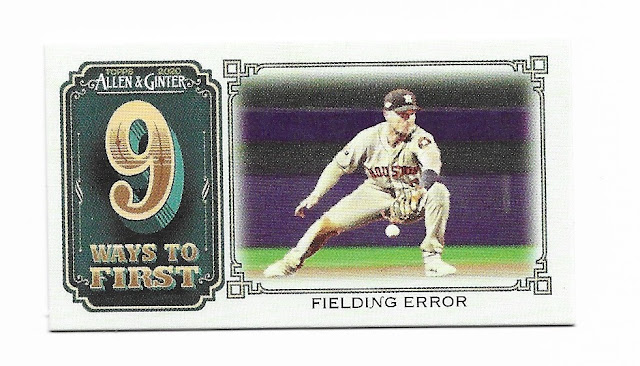 The 9 Ways to First is a pretty cool mini set in that it details the 9 different ways one can get to first base in a baseball game.  This particular card is all about the fielding error and I'm sure that Astro haters will be happy to see it's a Houston player (Bregman I think) committing the error in the card's photograph.

Matt also sent along a number of the full-sized inserts that I still needed from this year's A&G set.  I won't bother scanning all of them but I will show off my favorite of the batch - this lovely Ken Griffey, Jr. Longball Lore card. 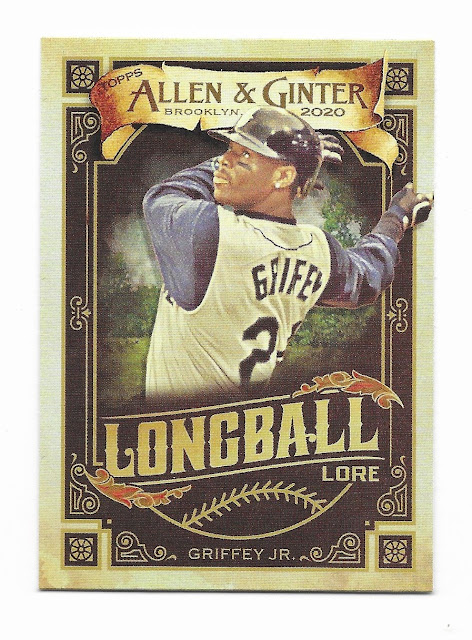 I've nearly completed all of this year's full-sized insert sets though I have a long ways to go on the various mini sets.  In terms of the full sized stuff though, here's all that I still need:

Finally, we get to what kicked off the trade talks in the first place - some of the 2020 A&G framed relics!  Matt pulled three framed relics that I needed and I was able to find enough stuff to send him in order to acquire all three cards. 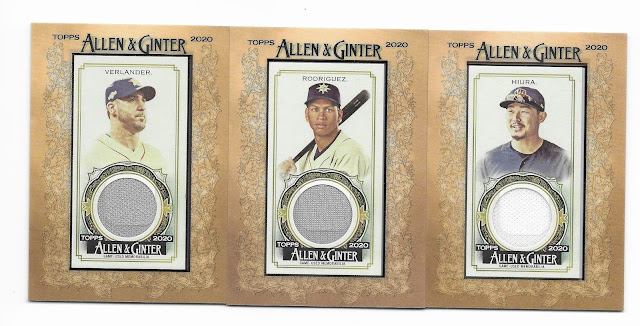 I have a few more of these gorgeous framed relics in route so you can expect to see some more memorabilia cards in the (hopefully) near future on the blog.  For now though, I'll simply say "thanks" to Matt and invite anyone else who might want to trade to check out my want list and make me an offer!