on December 18, 2019
About a week or so ago, I received an awesome prize package from Brian over at Collecting Cutch.  As part of his "Save Second Base" series, he held a contest where one of the prizes was a nice Barry Larkin card numbered out of 25.  Of course, that was an instant contest entry for me since I didn't own the Larkin but alas, the gods of cardboard didn't smile down upon me and so I lost the contest.

No big deal, of course (I've already stated that I'm not actively trying to collect all of the "super rare" Larkin cards, namely those with a print run of 25 or less).  Still, it would have been cool to win.  After the contest was over, I quite frankly forgot about it and moved on with other things.

And then, to what to my wondering eyes should appear in my mailbox but a surprise package from Collecting Cutch. 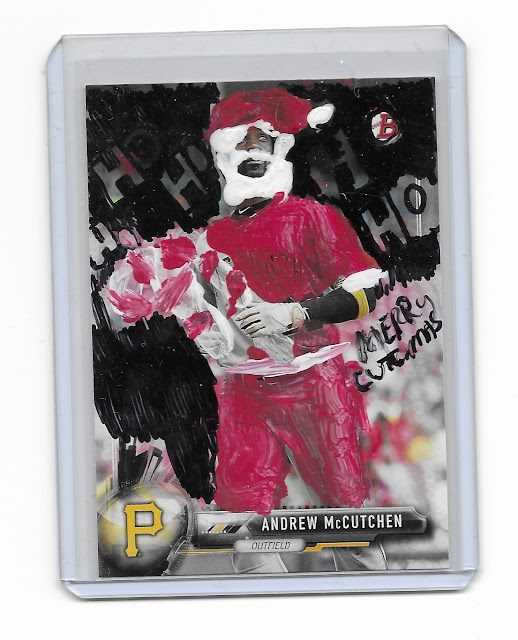 In addition to that funky McCutchen Santa above, Brian sent me the Barry Larkin contest prize! 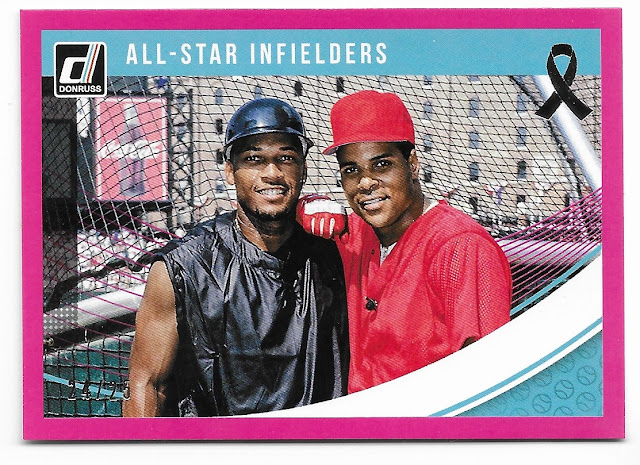 It turned out that The Lost Collector was the one who actually won the contest and he donated the prize to myself.  Thanks to his generosity, I now own a sweet Barry Larkin card...and hopefully by the time he reads this, the Lost Collector will have a small "thank you" package from me in his mailbox.

Brian also threw in a few more goodies to round out the trade package including this hilarious note on the top loader of a Derek Dietrich holiday card. 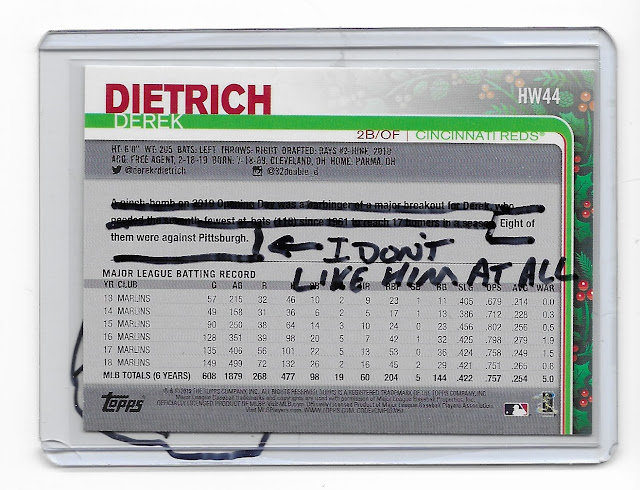 Funny, I love Dietrich for precisely the fact that he really took it to the Pirates.  As a Reds fan, I find the Pirates to be terrible in that they seem to always be looking for fights (usually starting them by throwing at a batter's head which is a huge no-no in my book).  I'm guessing Brian sees the whole Reds/Pirates brawls in a different way based on what he wrote on Dietrich's card case.

While I may not like the Pirates when they play the Reds, at least Pirate collectors seem pretty cool.  Brian certainly is as not only did he send everything you've seen already but he also sent me another 10 or so assorted Reds cards, perhaps none as cool as this Frank Robinson relic from 2004 Upper Deck Legendary Cuts. 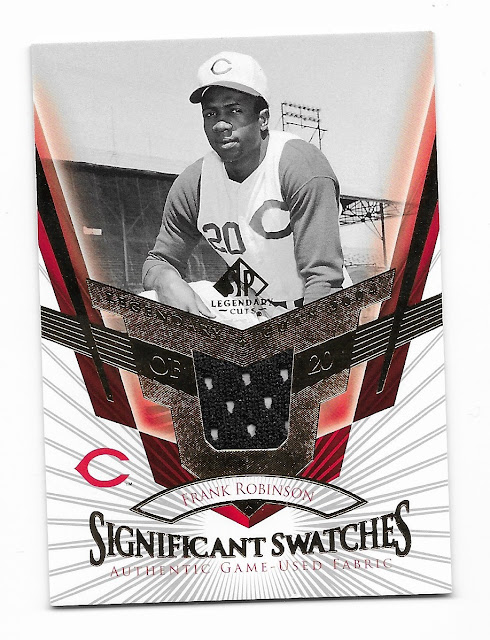 And finally, one last card to show off - a nifty black and white parallel of Luis Castillo (numbered 30/50 on the backside). 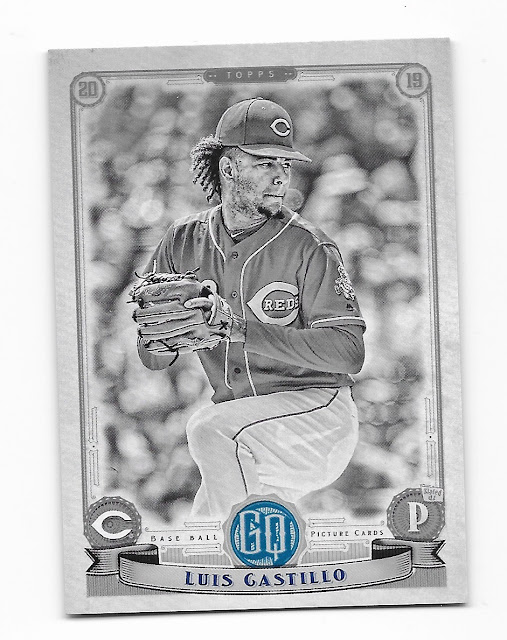 Thanks for the contest Brian (and to the Lost Collector for donating the Larkin to me).  I've got return packages out to both of you as a way of saying thanks!
Collecting Cutch Delivery Time