on March 01, 2021
Another week begins...and with it, I have another week's worth of TCDB trades to show off.  For the past couple of weeks, the trade envelopes definitely slowed way down off of my frenetic pace set earlier in January - but with the introduction of TCDB's Trade Matching feature, I expect to see an uptick in packages in the next couple of weeks (I sent out 11 trade proposals this past week)!
Last week was fairly quiet but I still did manage to acquire some nice cards.  We'll begin with a PWE from user mjones68. 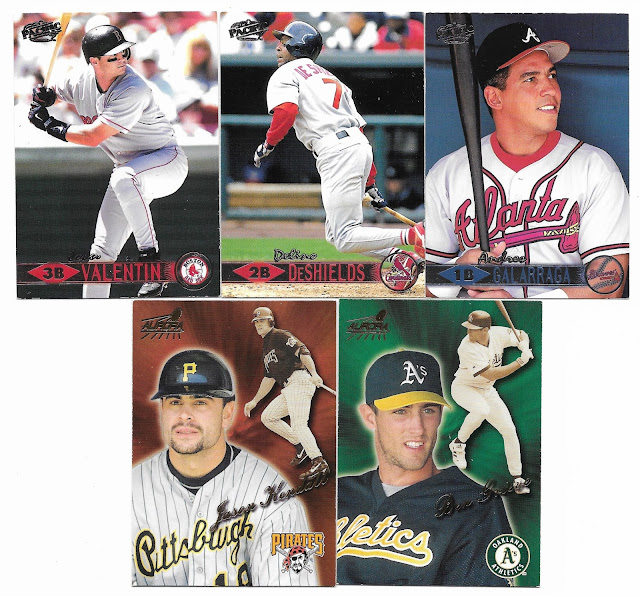 This swap netted me a nice smattering of 1999 Pacific / 1999 Pacific Aurora base cards.  I've been working on these two sets for quite some time now and both are coming along quite nicely!  The Galarraga is one of the image variation cards (I don't think they are any rarer than the regular base card, however).
Next up, from user pezNpirates comes a single card PWE: 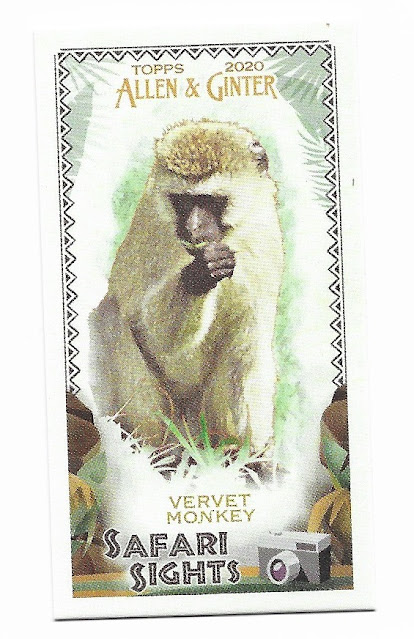 That's the penultimate Safari Sights mini that I need for my 2020 A&G set build.  In fact, I'm now down to only two more minis in total from the 2020 A&G set before I can remove the entire thing from my want list (not counting the relics which I'll probably never get all of):
2020 Topps Allen & Ginter Wants:
Mini inserts:
Citadels & Safeholds:  MCS- 2
Safari Sights:  SS- 10
The third package of the week was (by far) the largest - a proper bubble envelope from user OralInPA.  I recently listed my 2011 Topps Lineage cards on TCDB and boy, the inserts sure proved to be popular!  For this trade, I swapped a couple of 2011 Lineage inserts for a nice smattering of stuff I needed for various set builds (plus a new-to-me Larkin card). 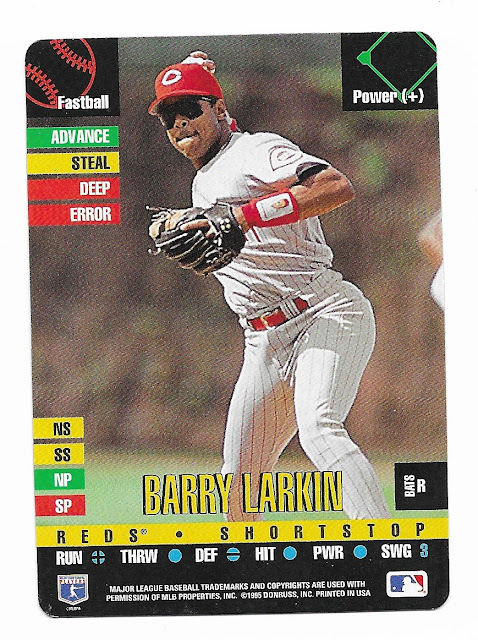 That's a 1995 Donruss Top of the Order card of Barry Larkin - it's a game card of some sort (notice the rounded corners).  I'll definitely have to look more into this one prior to writing about it as part of my ongoing Barry Larkin Collection series of posts!
This swap netted some more 1999 Pacific / Pacific Aurora cards as well as a couple more 2000 Metal cards - but for me other highlights have to be this Headliners insert of Ken Griffey, Jr... 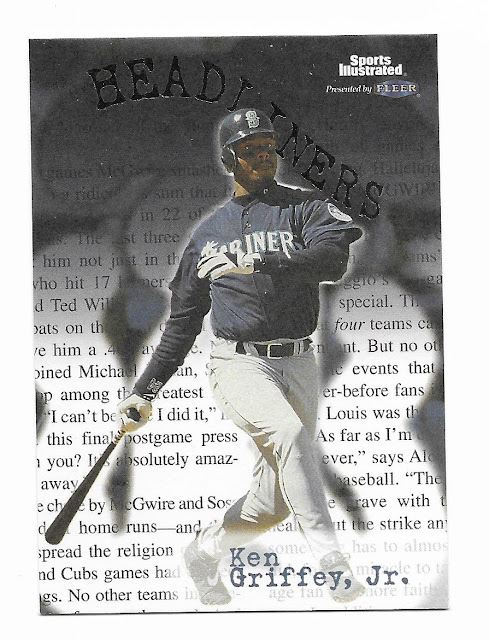 ...and one of the last few remaining 1998 Upper Deck Retro cards that I need: 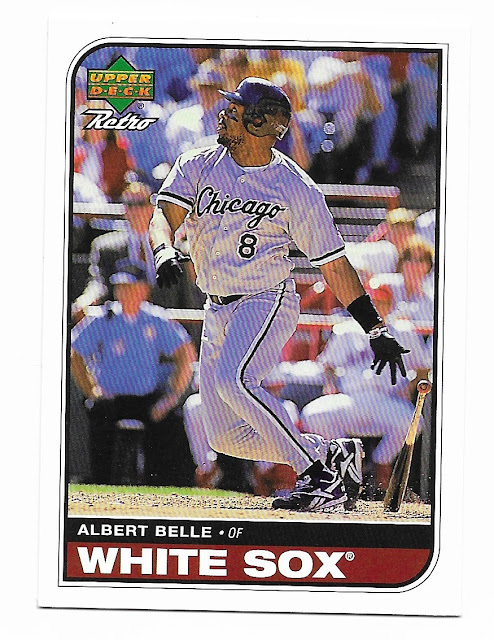 Good stuff all around - and not bad for a "slow" week of trading, right?!
Like I said at the outset of the post, I do expect a lot more mail next week - so stay tuned for that.  And who knows, hopefully one of these days I'll actually finish a set off via trading!
TCDB