I'm back with another Breaker's Club recap - this time for a box of 1996 Topps Gallery along with a "bonus pack" of 2020 Topps Gallery. 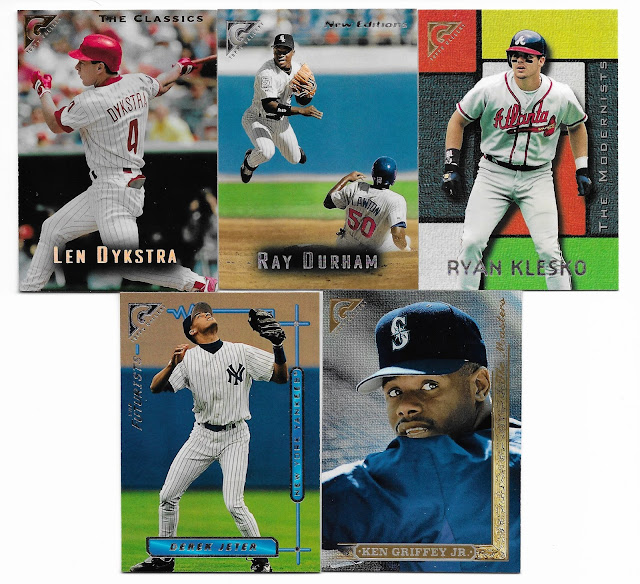 The base 1996 Gallery set comes in four* distinct subsets, all with an "artsy" theme:  Classics*, Modernists, Futurists, and Masters.  Technically, there are five subsets but only four of which are immediately distinct.  The Classics and the New Additions look essentially the same on the front of the card other than the subset name in the top right corner along with the foil color.

1996 was the first year of Topps Gallery and as such, the main focus of the set was definitely the gorgeous base cards.  That said, according to the pack wrapper there were a few inserts - namely:

Since a box holds 24 packs, we wouldn't expect a whole lot of inserts - but our box definitely over-delivered here as you'll see! 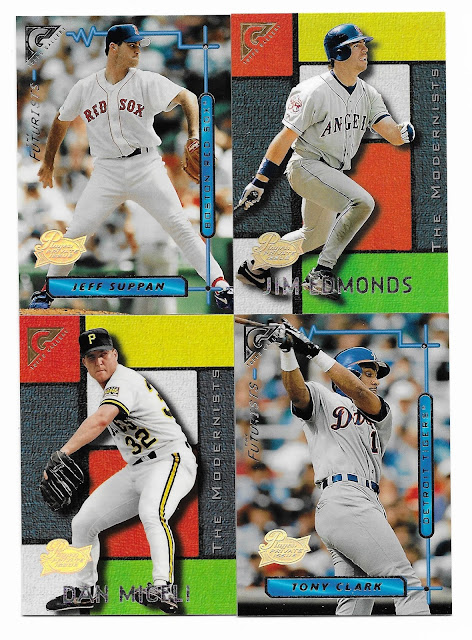 Based on the pack odds, you would expect to pull three per box but we ended up with four total.  The Players Private Issue cards are all numbered out of 999, though weirdly you actually only get the serial number of the card (and not the "/999" part that we've come to expect from serial numbering).

Thanks to the group chat during the live group break, I learned that baseballcardpedia said the following about the Players Private Issue cards:

Although these cards are numbered to 999, only 599 exist. The first 100 serial-numbered cards were set aside and given to each player as a gift from Topps. The next 499 cards (cards 101-599) were randomly inserted in packs. At the end of the 1996 season, Topps issued a press release where they said, that due to disappointing sales, they destroyed the final 400 sets.

Unfortunately, that can't be entirely true since two of our four cards were numbered over 600 (Micelli and Clark). 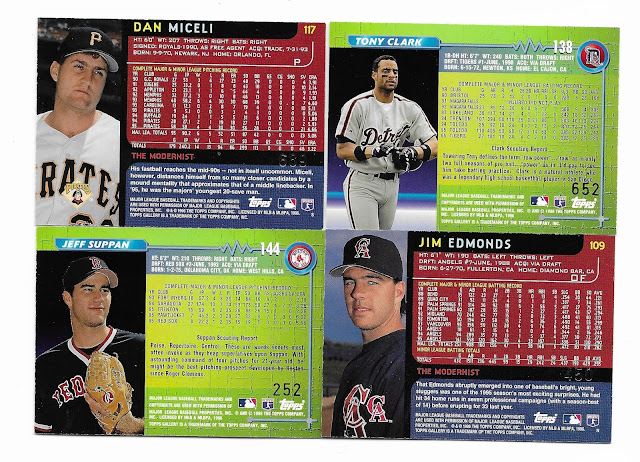 So, who knows what the truth is about how many of the parallels there are out there - but suffice to say they probably aren't going to be terribly easy to come by these days!

The only other insert we were "guaranteed" to get is the 1:24 pack Expressionists set. 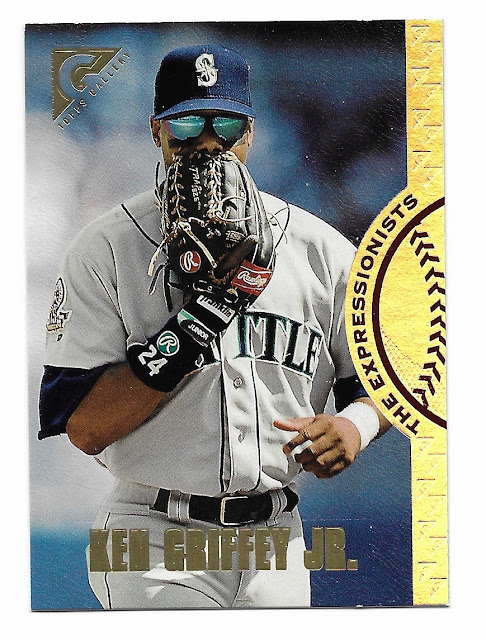 That's a super sweet Ken Griffey, Jr. card - a great hit for Zach Gibbs who has the Mariners in this edition of the Breaker's Club.

Next, a 1:30 pack card from the Photo Gallery set. 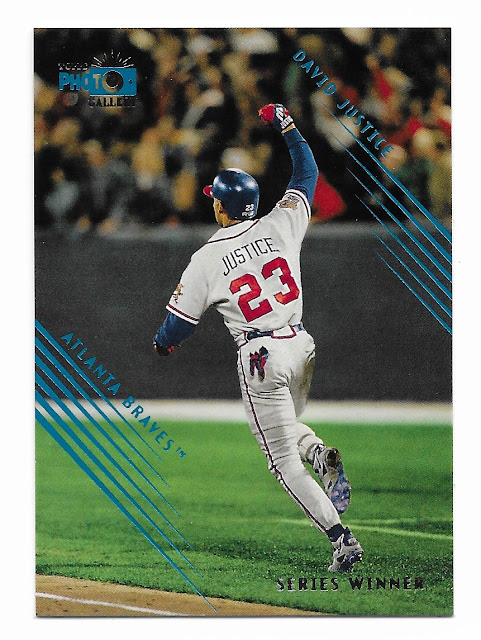 And finally, we did hit the 1:48 pack Mickey Mantle Masterpiece set! 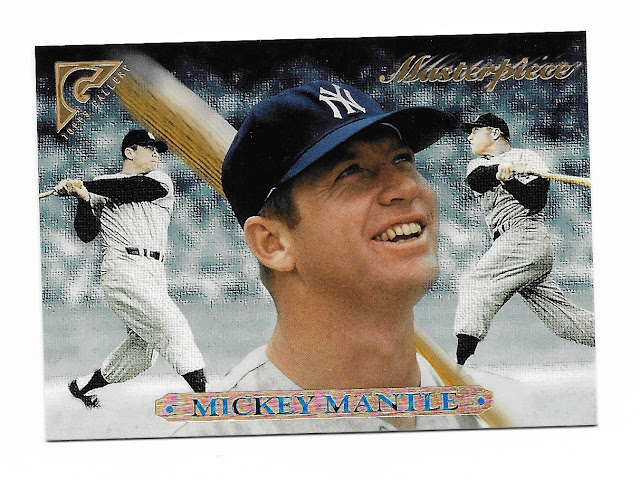 That's another gorgeous looking card from what ended up being a super cool set.

In addition to the 1996 box of Topps Gallery, I also threw in (as a bonus pack) a hanger pack of 2020 Topps Gallery.  The highlights from that pack included a Gallery Heritage insert of Nico Hoerner of the Cubs as well as a pair of wood-grain parallels (Tommy Kahnle and Patrick Sandoval). 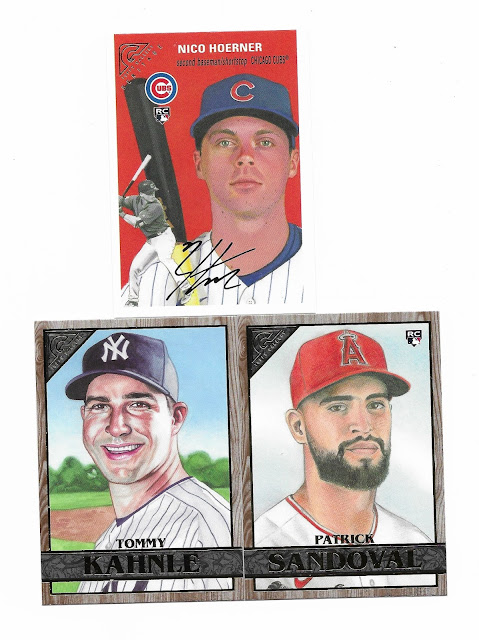 Once again, this was a fun evening of group breaks (I still have one more box from this past Tuesday to show off).  I hope that you will join me on the next couple of Tuesdays as we finish off this edition of the Breaker's Club (and perhaps I will run a third Breaker's Club if there's enough interest).  Let me know in the comments if you'd be interested!