I'm back with another batch of TCDB trades.  As I said on Monday, last week was a super busy week for me on the website so there's a lot I need to get through! 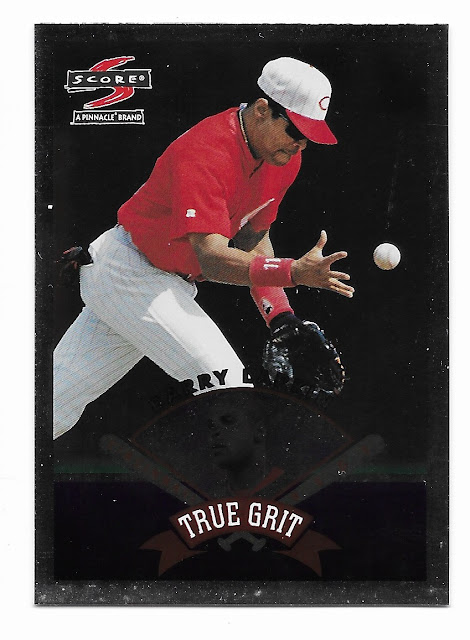 That's a 1997 Score Showcase Series card of Barry Larkin - one of the True Grit subset cards to be precise.

I love that I continue to add more and more new Barry Larkin cards to my collection!  It's even better when I can acquire them for my unwanted/duplicate baseball cards that are sitting around otherwise collecting the proverbial dust.

Next, from user kapa64 comes a pair of cards off of My Want List. 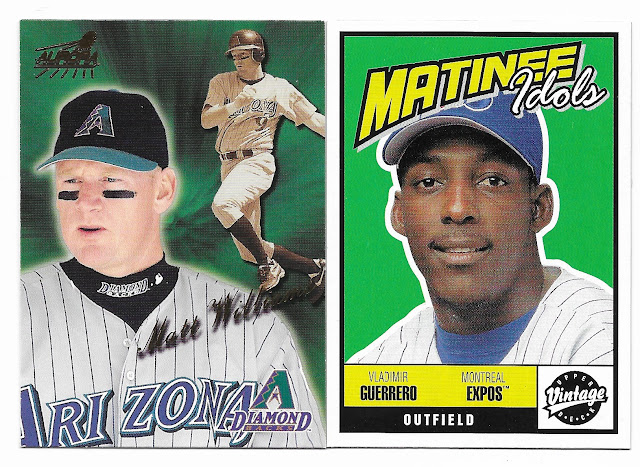 I'm nearly done with the 1999 Pacific Aurora set.  In fact, I'm down to needing only five more cards (with one already part of an agreed upon trade).  I'm a bit further away on the 2001 Upper Deck Vintage set (and the Matinee Idols insert set) but still, any progress is good progress these days!

Moving to our next PWE...this one is from user Packsux: 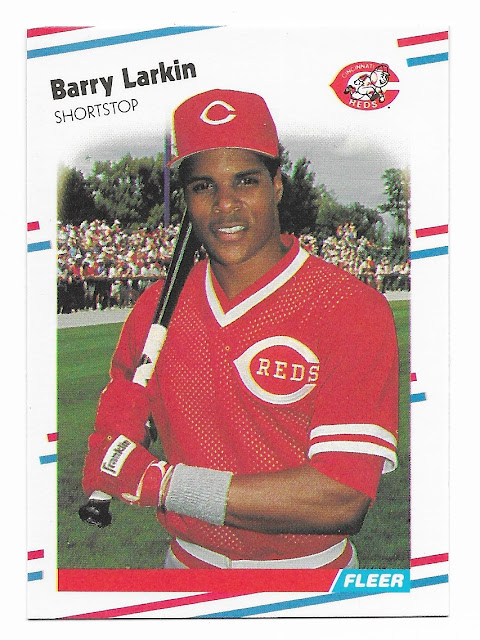 That may look like your average 1988 Fleer card but it's actually a 1988 Fleer glossy card.  I'm super happy to finally have acquired this one - the fact that a rather common card from 1988 has been languishing on my Larkin want list this long has been kind of sad for a self-professed super collector of Barry Larkin!

Finally, one more envelope for today's post (I still have so, so many more to get through but they will have to wait a bit longer).  This one is from user mets86champs. 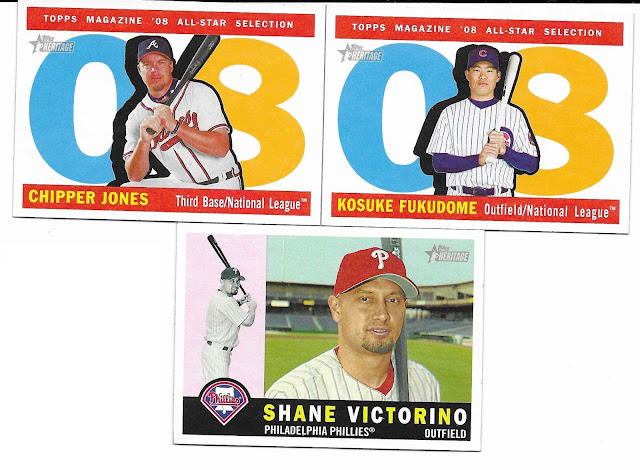 Yeah, that's a trio of the incredibly annoying Topps Heritage short prints from the 2009 set.  Out of all of the trades I showed off today, this one is probably my favorite simply because I'm so, so sick of staring at Topps Heritage sets on my want list for years (and years and years)!!

Here's what I still need from the 2009 Heritage set:

That'll do for now, like I said above, I have plenty more TCDB trades from last week to show off but I can only fit so many into a single post!