on April 10, 2021
I'm slowly but surely working my way through the glut of TCDB trades from two weeks ago!  I wasn't active much at all on the site last week so I should be able to get all caught up by the end of this coming week!
For now though, I've got plenty of cool cards to show off beginning with this PWE from user 49ants. 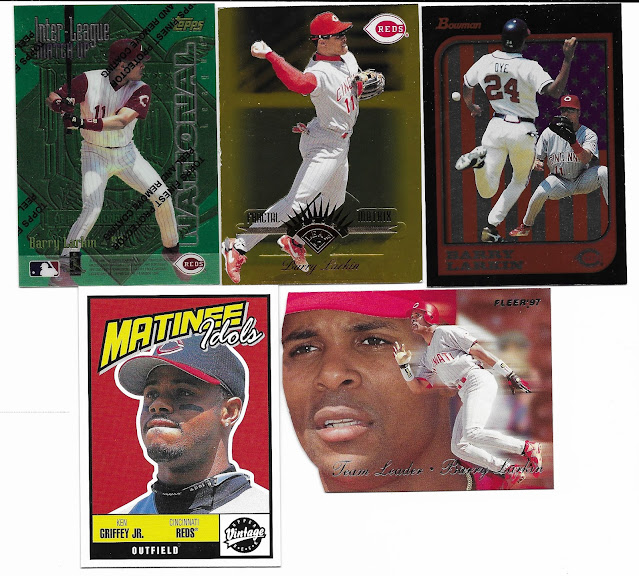 That's four more new (to me) Larkin cards plus a much-wanted Matinee Idols insert card from 2001 Upper Deck Vintage.  I've got plenty more to say about most of the above Larkin cards but I think I'll refrain until I feature each one in a Barry Larkin Collection post.
Next, from user Bronzan comes a single card from my want list. 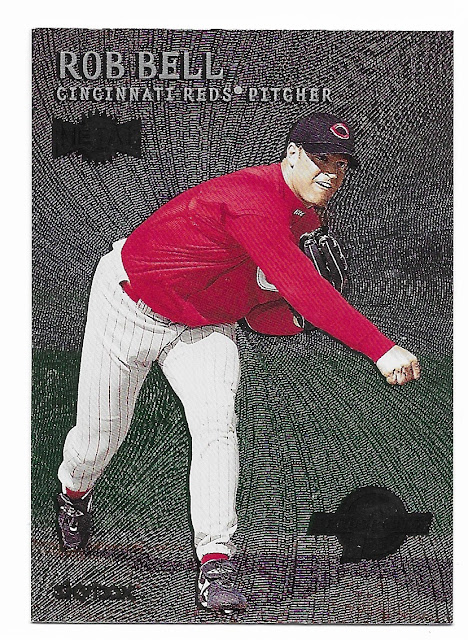 Somehow, someway, I never acquired this random Reds card - not even in "old school" blog trades where people sent me stacks of random Reds in exchange for stacks of random teams that aren't the Reds.
At this point, my 2000 Metal set is nearly complete - only 12 more cards to track down:

Frankly, I'll be glad when this one is done...the 2000 Metal set doesn't interest me much any more...so much so that I've threatened a number of different times that I'll simply stop collecting it.  I haven't quite managed to do that - and I probably will continue to collect it so long as I can acquire cards via TCDB trades.
Next, from user jrberus comes another single card trade: 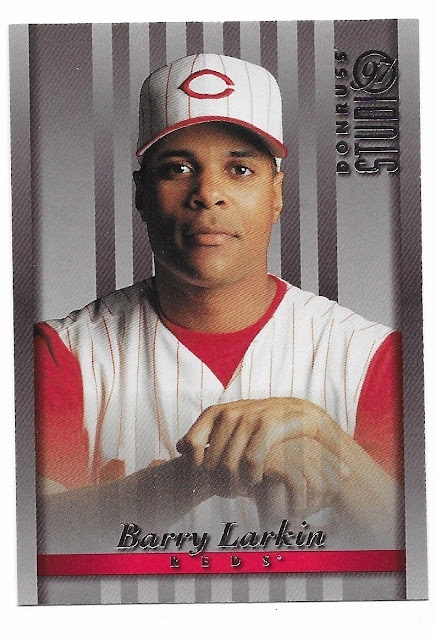 That's yet another new Larkin for my collection - this time from the 1997 Studio set.  I think I might have another one of these coming from one of Colbey's group breaks that I joined but since my memory is trash I could be wrong about that.  Better safe than sorry I guess...might as well trade for something that I may already own.    (getting old is hard, that's all I can say)
Moving right along, my next swap was with nozzlemaster who sent me a pair of cards from my want list along with another new Larkin card! 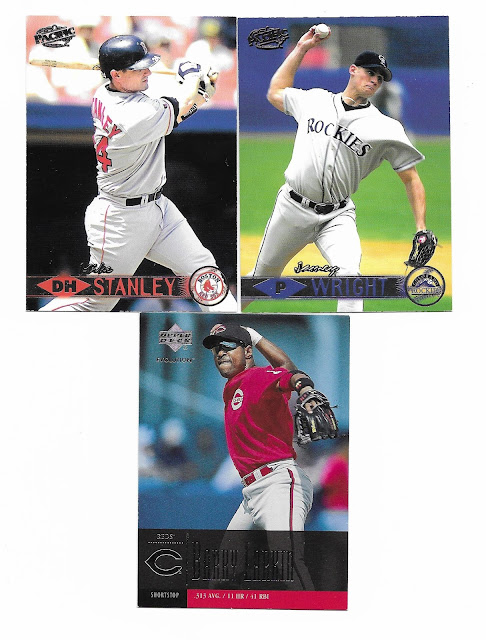 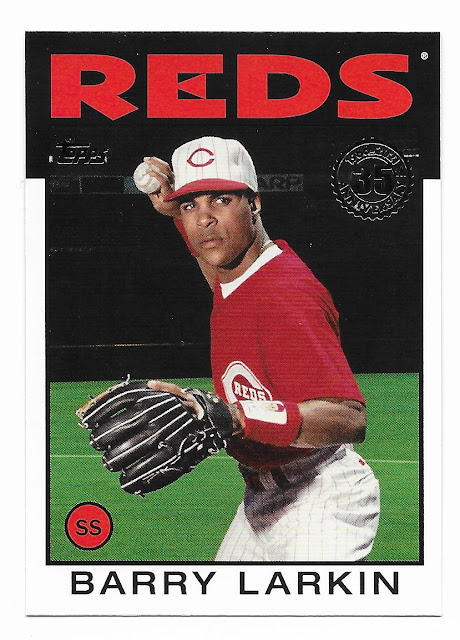 That's one of the 1986 35th Anniversary cards and it's a fairly nice Larkin card (even if that image was used on a previous Stadium Club card - if I'm not mistaken).
That'll do it for now - still a few more trade packages to go but I'm nearly caught up once again!
TCDB