And to Think I Feared I Wouldn't have any TCDB Trades this Week!

on May 17, 2021
Last week, I wasn't sure if I'd have anything from TCDB trading to show off this week... but as luck would have it, I did manage to complete a few trades including one with user SJensen: 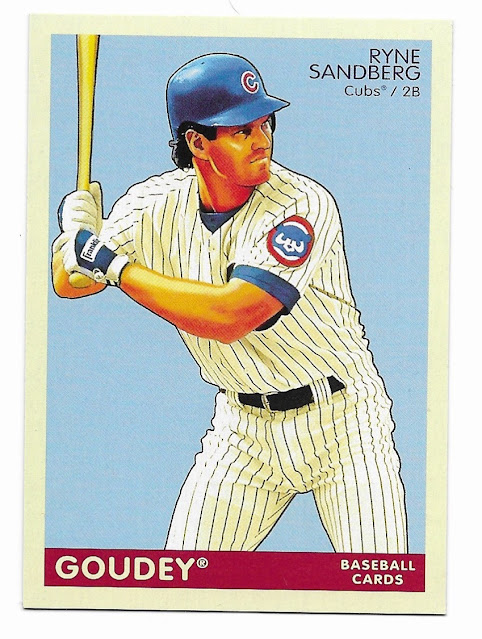 That's one of the 3 remaining* short prints that I was still missing from the 2009 Upper Deck Goudey set.  Finishing this set off would be a huge feather in the proverbial cap and with only two more short prints at large, I legitimately have a chance to complete the set this year!  As for the two remaining missing cards?
Decent players, sure but luckily neither is typically a "high dollar" player in sets like Goudey.
*assuming my COMC order ever shows up.
Next, from user yarga07 comes yet another 2021 Donruss parallel of Barry Larkin. 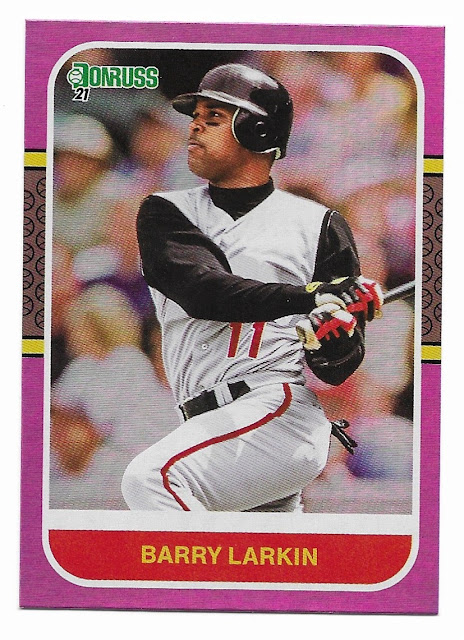 That's the "holo pink" parallel and I have to say I have no idea how common (or rare) this card is.  I can report that it's not serially numbered so I'm guessing it's relatively common.  I promise I'll try to do actual research on the card prior to featuring it in my ongoing Barry Larkin Collection series of posts.  It's probably the least I can do.
Next, another 2021 Barry Larkin card, this time from user PNPriddy. 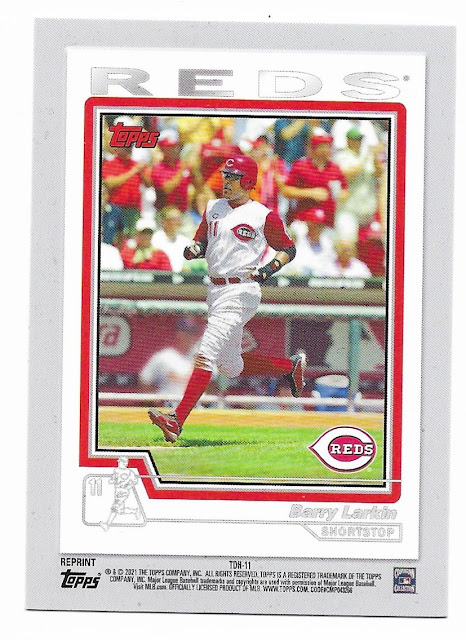 That's one of the 2021 Topps "Double Headers" cards.  The front of the card features the often reprinted 1987 Topps design so I opted to scan the back of the card instead.  You are welcome for that.
My next trade of the week comes from user kanee61978: 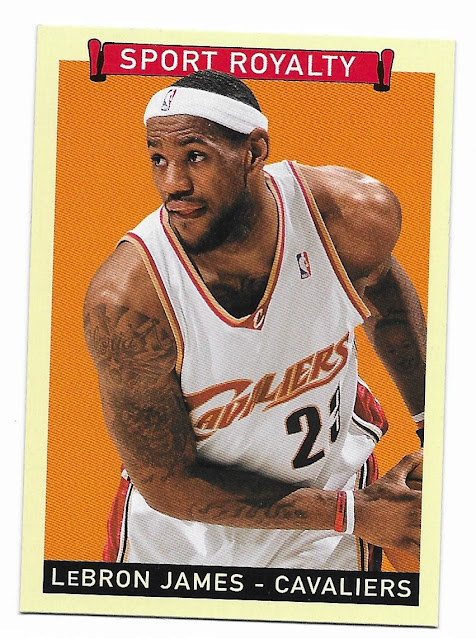 Yep, another Upper Deck Goudey short print though this one is from the 2008 set.  My 2008 Goudey set is much further away from being completed, however, being able to trade for this LeBron James card was a nice surprise for the week (Goudey short prints are simply hard to find available for trade at all these days)!

Moving right along, my next trade was for another Larkin card and it was with user Lugnut80. 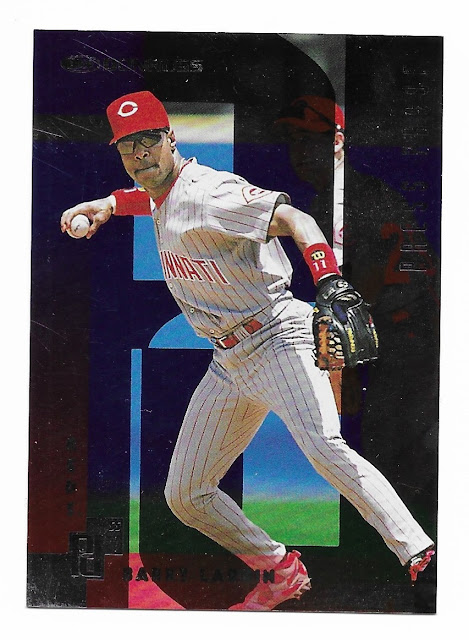 That's a 1997 Donruss Silver Press Proof with a stated print run of "only" 2000.  The card isn't actually serially numbered on the back but it does say "1 of 2000" on the back of the card indicating the relative rarity of this particular parallel.  I'm always happy to track down random Larkin parallels that I need...and what I really need to do is keep updating my Barry Larkin haves/wants on TCDB.  I got up through 1997 and then kind of gave up (1998, in particular, is a huge year for Barry Larkin cards I haven't had the ambition/motivation/gumption to try and tackle that particular year on the website yet).  I suppose once I do that I'll end up with a bunch more possible trade matches...so it's probably worth the time and effort...but man, so much time and effort needed.
That does it for this week on TCDB.  Five trades, each of which only netted me a single card and yet I'm perfectly content with that.  Landing two different Upper Deck Goudey short prints in the same week was kind of exciting (and I'm also always happy to get new Larkin cards for my ever growing collection).  Hopefully, I'll have some more trades to discuss next week as I've got a few already agreed to that I'm waiting to arrive in my mailbox!