on May 05, 2021
The 2003 Playoff Piece of the Game box was saved for last since it was a six pack box with each pack holding exactly one hit.  I figured that'd be a fun end to the break...and I was right!
While the box promises six hits, we ended up getting a box with a foil pack as well - and that held the seventh hit of the box. 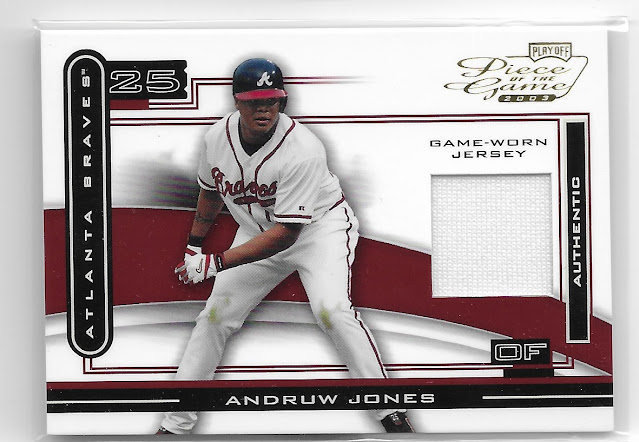 That's an Andrew Jones game-worn jersey card and it is certainly nice enough.  That being said, I promise that this is nowhere nearly the best card that the Braves ended up with from this box...more on that in a bit.
Each regular "pack" in the box is actually a cardboard pouch with a single card inside - and that single card is wrapped in clear plastic which meant that I was able to leave each of the six hits wrapped up (because of that, the scans aren't as crisp as I would like but I think they'll do for this post).
Let's begin with the auto/relic duals of which we found two.
First, for the Cleveland Indians - a nice auto/relic of Josh Bard. 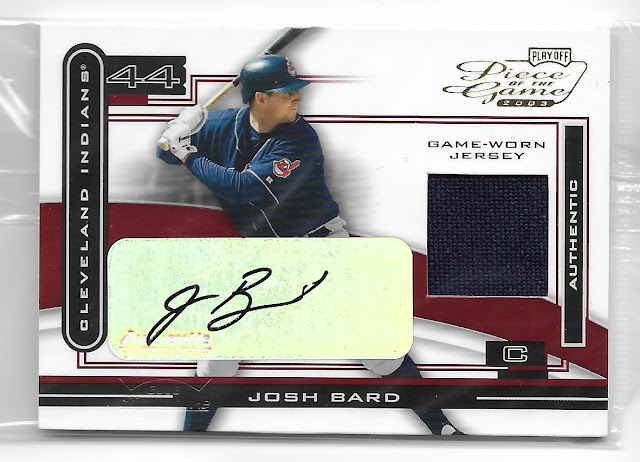 I didn't scan the back of any of the cards but I should mention that Playoff shows a photo of the piece of memorabilia from which the relic bit was cut from.  I like that touch and I wish all card companies did that.
Our second auto/relic goes to the Minnesota Twins: 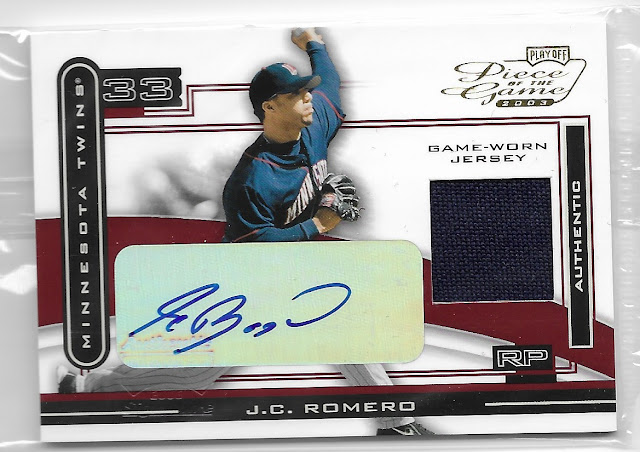 That's J.C. Romero with a fairly nice looking signature to go along with the dark blue relic bit.  I'm not sure why Romero signed with a blue ink pen while Bard signed with a black ink pen but that's what happened here (are there ink color parallels?).
Now, on to the relics beginning with a Red! 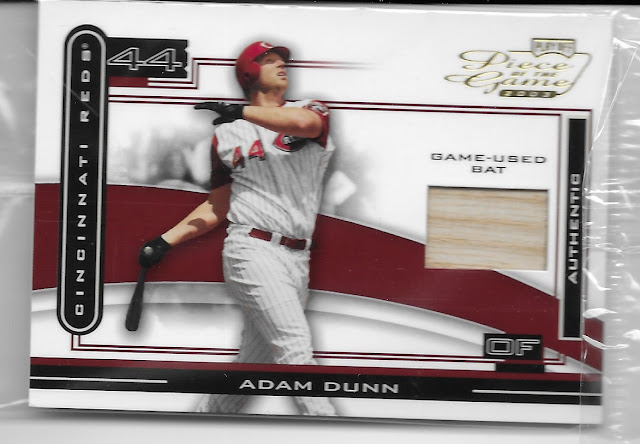 That's a nice Adam Dunn relic for me.  The back of the card actually shows two different pieces of memorabilia (a bat and a pair of batting gloves).  I suppose there are dual relics of Dunn out there with the bat/gloves combo.
Next, for the Braves (again) - a super nice Greg Maddux relic. 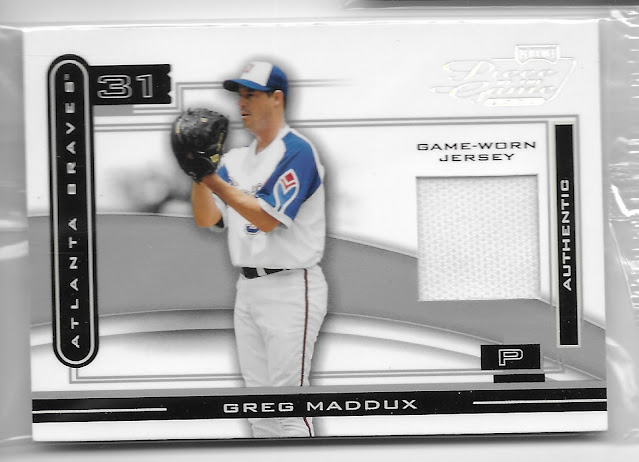 This is actually a parallel relic - it's numbered 54/75 on the back (none of the other hits shown so far were serially numbered).  You'd be forgiven for thinking that this was the card I alluded to earlier when I said the Braves did well...but no, there's still a better one yet to come!
Before we get to that, here's the last of the "regular" relics (again, not serially numbered): 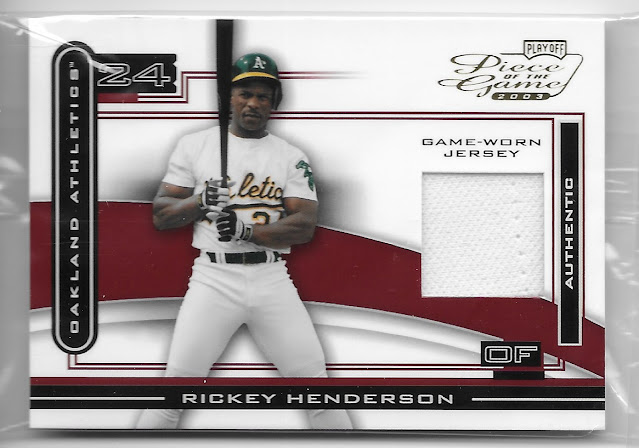 I enjoy relic bits that are interesting in some way and that definitely includes bits where you can see the stitching.  Even better though, how often do you pull a relic of someone like Rickey Henderson?  Definitely a great looking card and a great pull from the box!
Finally, we get to the best card of the box - this Prime game-worn jersey patch card of Greg Maddux: 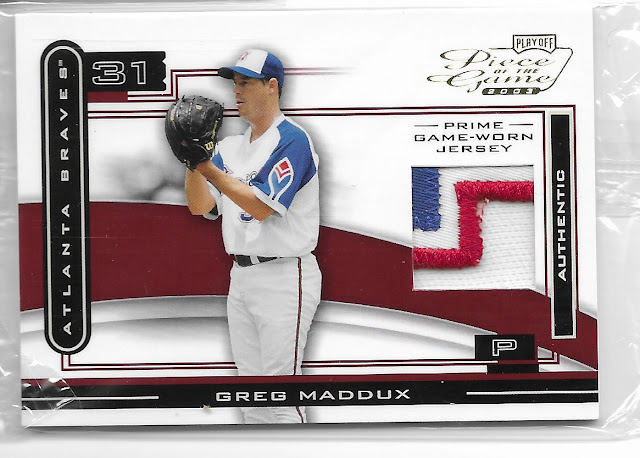 That's right, the Braves landed 3 of the 7 hits in the box including two serially-numbered Greg Maddux relics (one regular and one patch).  This one is numbered 13/25 and it's undoubtedly one of the nicest looking relics I've pulled in quite some time.  That patch bit sure is pretty...I can only wish all relics looked that neat!
And there you have it - a monster of a card to end the Breaker's Club on out of a really nice final box of cards.  It's a good thing that I finally caught up on my box recaps for Breaker's Club #2 because earlier this week I started taking sign-ups for Breaker's Club #3!