Trade Stack 104: Adding an Oddball from the late 1990s to the Trade Stack

Note:  In order to claim the Stack you must agree to send me at least one item from my want list (this now includes LEGO sets since I'm into that too).

I'm adding another card to the current Trade Stack after the four pretty ladies didn't quite get the job done.  Perhaps Alex Rodriguez will do the trick - and not just any A-rod but a "oddball" A-rod card!  This is a timely addition to the Trade Stack as well since I just saw that A-rod's ex (Jennifer Lopez) is now back with Ben Affleck.  Do any of us actually care about that?  I doubt it, but it's "front page" news on a slow news day I guess.
As for today's addition to the Trade Stack, the card is actually a box topper from the 1997 Fleer Sports Illustrated set.  The idea was to use this card to help hold the box display open for hobby shop sales.  It's a kind of cool little card - and the 1997 SI set is lovely so perhaps this will get someone to bite on the entire Stack!
Remember, you get ALL of the cards in the Stack in exchange for at least one item from my want list.  The Stack goes to whoever claims it first (and tells me what they are sending me).  If the Stack goes unclaimed for some length of time, then I'll add more to it until it does eventually get claimed.  By the way, if you want to see more of my trade bait, go to my TCDB profile, click on Collection, and then For Sale/Trade. 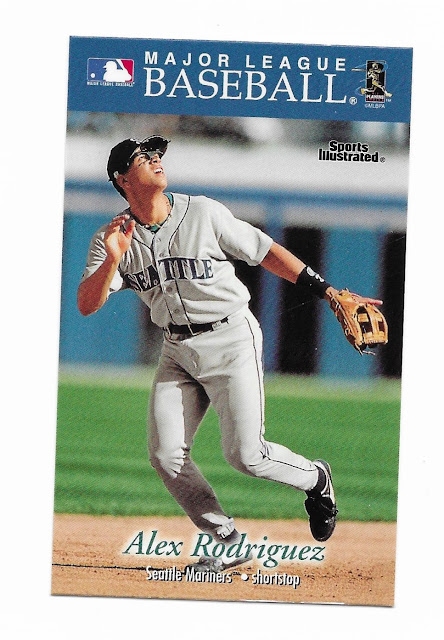 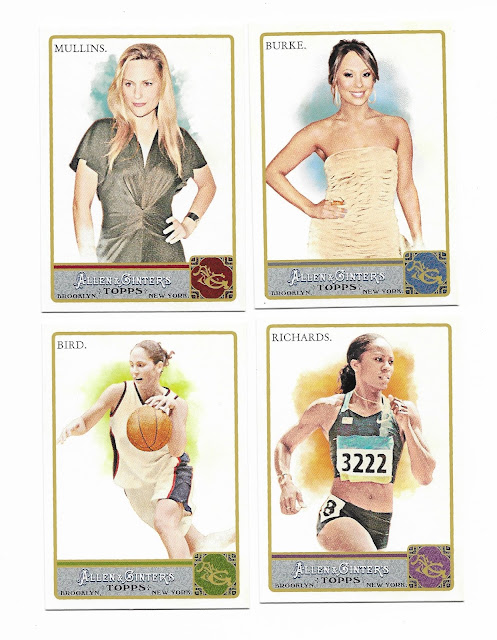 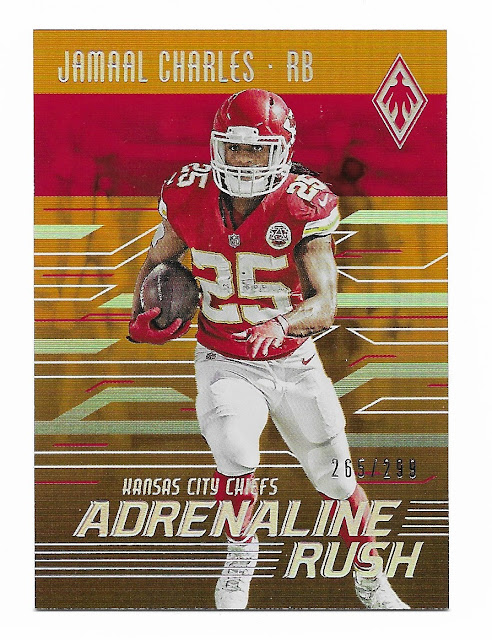 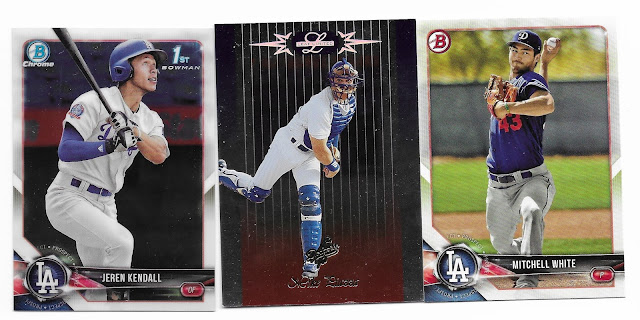 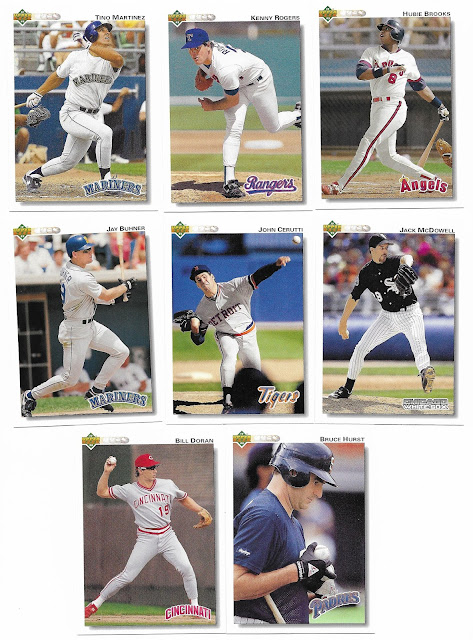 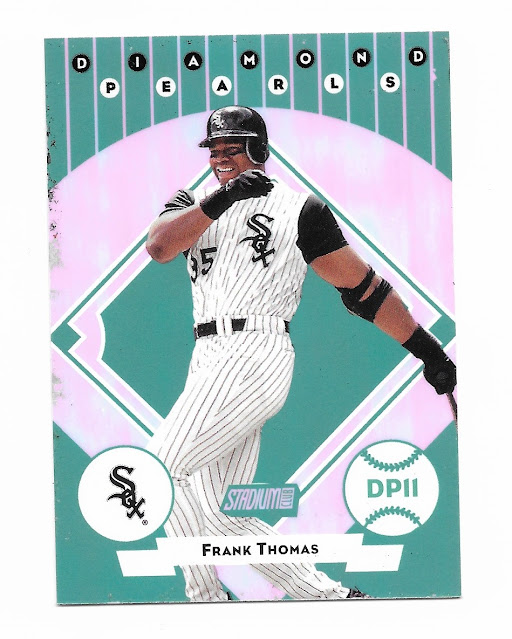 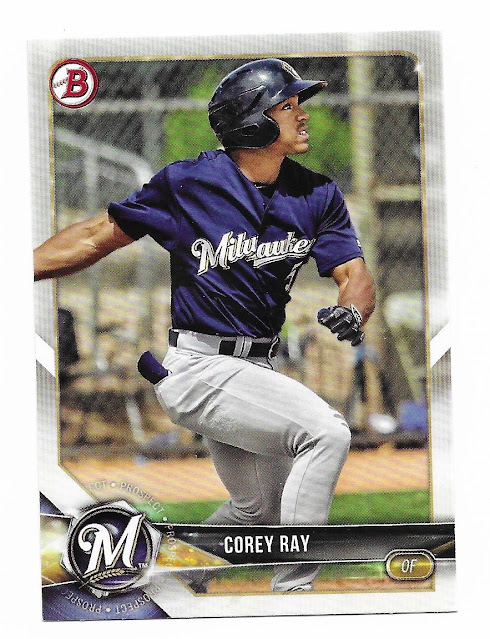 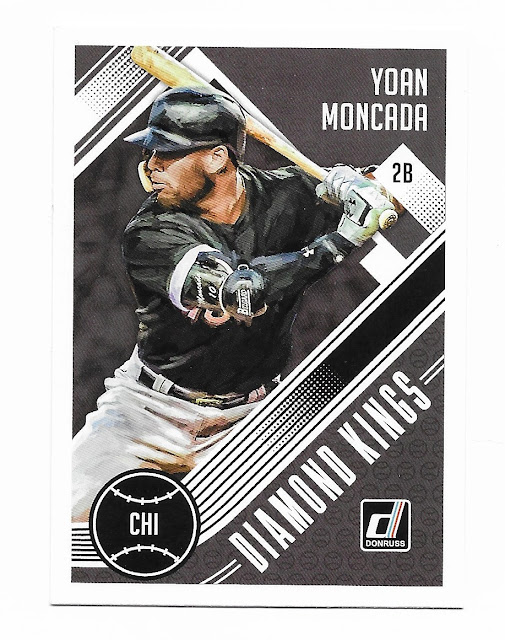 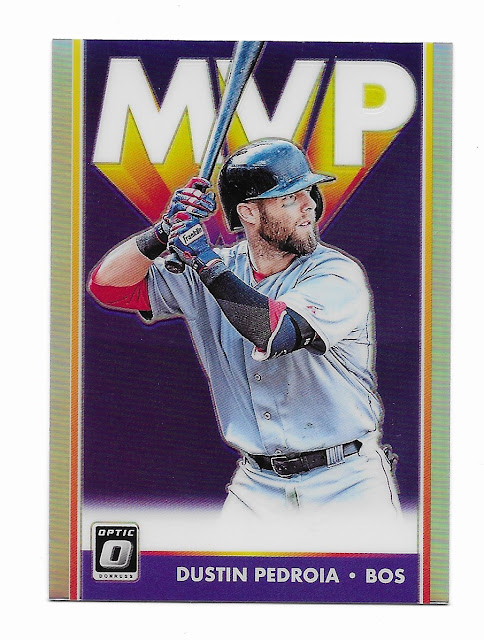 Be sure to check out my want list and then claim the Stack if you are interested!