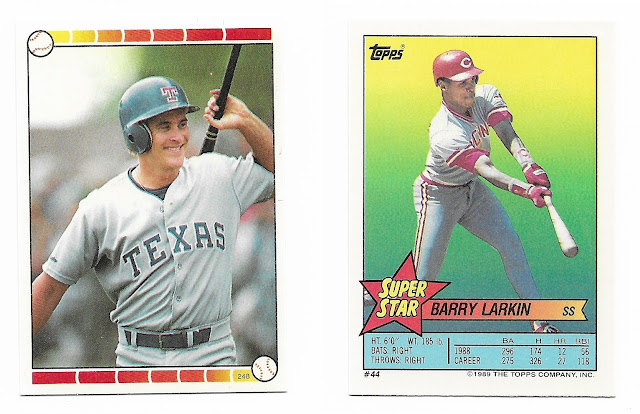 The 12th (out of 14) variations of the 1989 Topps Stickers set featuring Barry Larkin has Larkin (once again) on the "card side" while this time it's Pete O'Brien getting the full-sized sticker treatment.  Out of the 14 variations, 12 of them feature Barry on the card side while only two variations include Larkin as a sticker - kind of strange for a set that calls itself "Topps Stickers."

At this point in time, I only have the two version with Larkin as a sticker to show off and then I can be done with the 1989 Topps Sticker set!  ...unless of course someone finds another variation featuring Barry!