on June 13, 2021
This past week, we ripped two more boxes as part of the ongoing Breaker's Club #3.  Today, I'm prepared to recap the first of the two boxes - a box of 2000 Upper Deck Ultimate Victory.
Back in 2000, Upper Deck released a set called Victory.  Victory was a no-frills set full of base cards and only base cards (no inserts, no parallels, and no relics/autographs).  With a low price point, Victory was trying to replace the old Collector's Choice line as an entry point for kids/young collectors.  Unfortunately, while I always loved Collector's Choice (especially the late 90s Collector's Choice sets), I don't think that Victory was a worthy substitute.  In fact, as a kid I only bought a couple of packs of the stuff and then I moved on.
Strangely, Upper Deck must have thought that they had a hit on their hands with Victory...so much so that they decided to take Victory, make a partial "chrome" parallel of it, and rename it Ultimate Victory. 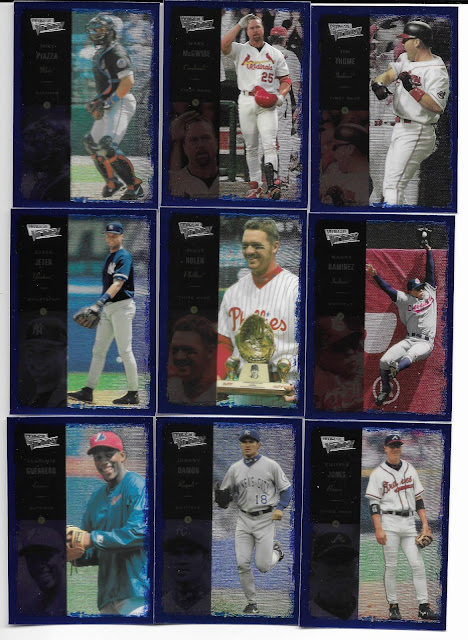 I'll give Upper Deck a bit of credit here at least, the Ultimate Victory set is actually super nice!  The cards are nice and thick, the blue borders with the chrome makes the cards "pop," and the photography stands out even more than on the basic Victory cards.
Upper Deck changed the formula in a number of ways for Ultimate Victory as compared to Victory.  Besides a much smaller base set (120 cards versus 466 cards for Victory), Ultimate Victory also had a number of inserts, parallels, and the possibility of pulling a relic!
Our box didn't feature any of the relics (they are quite rare), but we did get two serially-numbered cards. 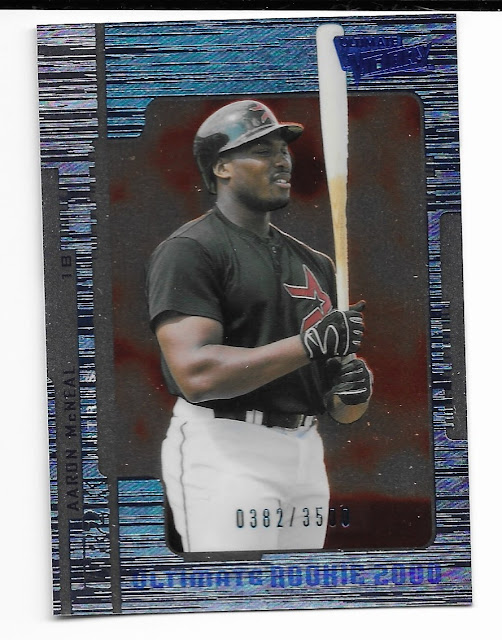 The Aaron McNeal is #0382/3500 and is actually part of the regular base set (the Ultimate Rookies subset featured all serially-numbered cards, though not all were numbered out of 3500). 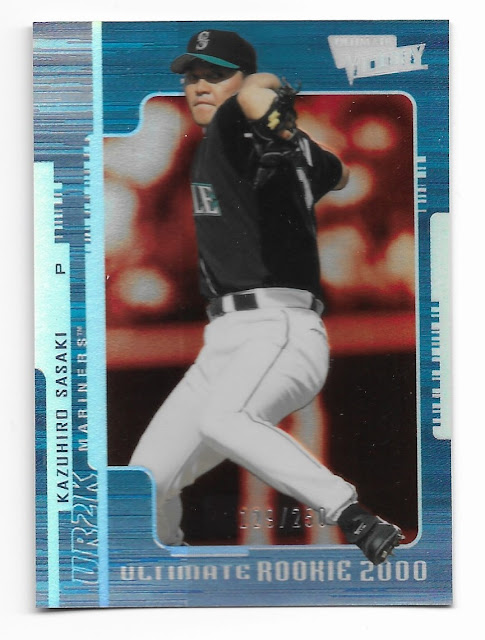 Our other serially-numbered card was a silver parallel of Kazuhiro Sasaki which is numbered 129/250.  We did not find any red parallels (#/100) or any gold parallels (#25) in our box.
Moving on to the inserts, we found a pair of the Starstruck cards.

The two cards look very similar (thanks to the pose of the two players, plus the similar colors/look of the team uniforms)!
We also found a pair of Lasting Impressions. 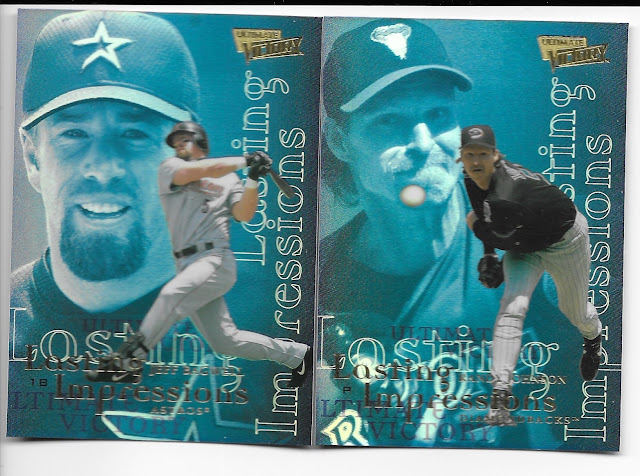 To me, the Lasting Impressions design has clearly been influenced by sets like Topps Gold Label or Fleer Flair (and I mean that as a good thing since I love most Flair sets).  These are easily my favorite of the insert card designs in the Ultimate Victory set.
Finally, we pulled the "box hit" - a 1:23 pack Diamond Dignitaries of Sammy Sosa. 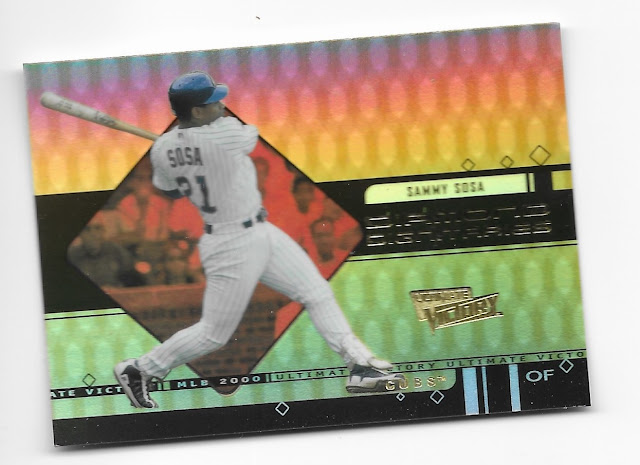 In hand, the foil board on this card really looks good!  The only bad part here is that the Cubs went unclaimed...a Chicago fan would have loved this box!!
Overall, I'd say the 2000 Ultimate Victory set is super nice.  It was a fun rip and while there aren't a ton of inserts/parallels there are just enough to keep pack rippers interested moving from pack to pack.  I think everyone in the Breaker's Club will be happy with their cards from this set - especially if you haven't seen them in person before!
Nachos Grande Breakers Club Ultimate Victory 2000