on December 06, 2021
It's Monday (yet again) but that's not all bad news since Mondays are for TCDB weekly wrap-up posts!  Last week was a small week in terms of trading (probably due in large part to the Thanksgiving holiday midweek) but this time around we've had a full week of no holidays...so let's get right to the mailbox!
We'll begin with a trade from user matthewgoguen: 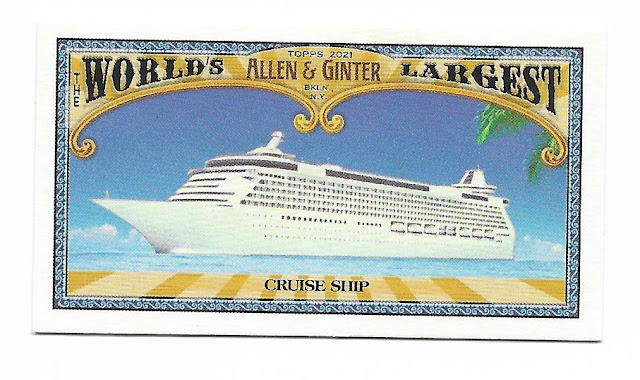 That's one of the last few World's Biggest minis that I need from this year's Allen & Ginter set.  As of the time of this post, I'm now down to needing only three more cards from this particular insert set!  I'd love to finish it off prior to the new year (as well as the other A&G mini sets) but with trading slowing down lately I'm not sure if I'll be able to.  It may require me making a visit to COMC or Sportlots though I'd obviously prefer to finish the sets via trading if I can!
From user Finalstopshop comes another new-to-me Barry Larkin card: 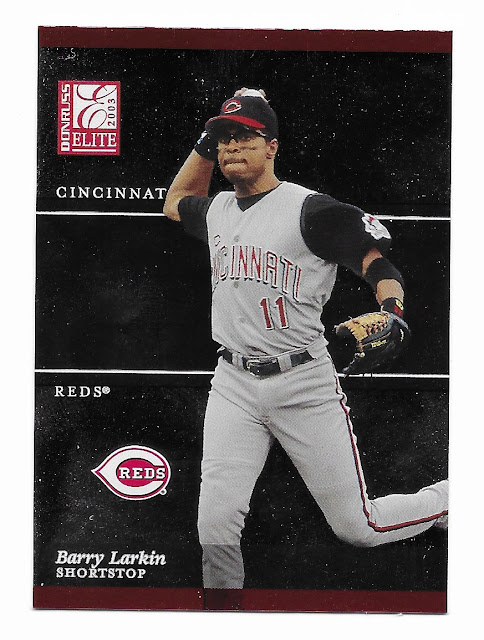 That's a 2003 Donruss Elite card of Barry.  For whatever reason, I never got into the Donruss Elite brand so cards like this are completely new to me (design and all).  This particular card is heavy on the shine (printed on foilboard) but otherwise it's a fairly minimalistic design.
Next up, from user eortiz01 comes another new-to-me Barry Larkin card: 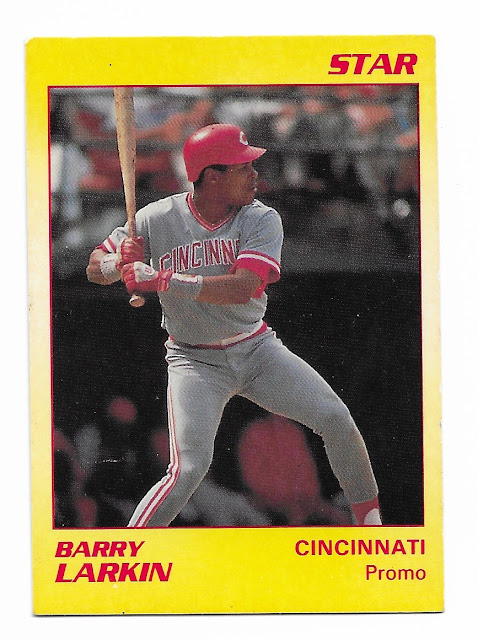 This time, it's a 1990 Star promo card - one of my most wanted Barry Larkin cards from 1990!  There are so many promo cards from the early 90s that I still need to track down but this one was highly sought after by me since I'm working hard on trying to complete the various portions of the Star sets that include Barry Larkin.
I'm waiting on a couple more PWEs from other TCDB trades but my mail seems to have drastically slowed down lately.  Even worse, my latest "trade matching report" on TCDB didn't yield any new pairings for me so I'm not overly optimistic that you'll see the same sort of number of incoming trade packages over the next few weeks.
TCDB