on December 13, 2019
Whenever I've gotten the chance lately, I've been trying to pack up and mail out cards as part of my 2019 Season of Giving.  This week has been Final Exam Week at the college where I work so most of my time has been going into grading exams but I have managed to get a few more packages of cards out the door.

As luck would have it, one of the first Season of Giving packages that I mailed out went to Rod over at Padrographs.  A day or two later, I ended up receiving a similar package from Rod - Reds for me, Padres for him!  Everyone wins!

Like I said, Rod sent me a bunch of Reds including a pair of nice (and new to me) Nick Senzel rookie cards. 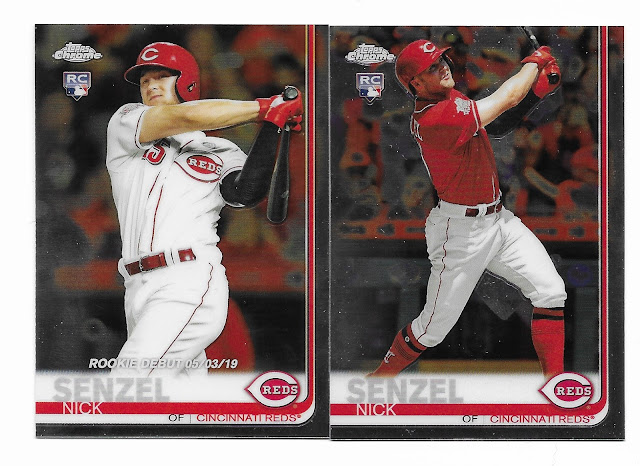 I keep hoping that Senzel will blossom into a true star for the Reds.  Based on Cincinnati's offense (or lack thereof last year), the Reds need Senzel to be a star if Cincinnati is to have much hope of actually making the postseason next year.

Rod also included a bunch of semi-random cards in the trade package for me including a small stack of 1971 Topps mini cards. 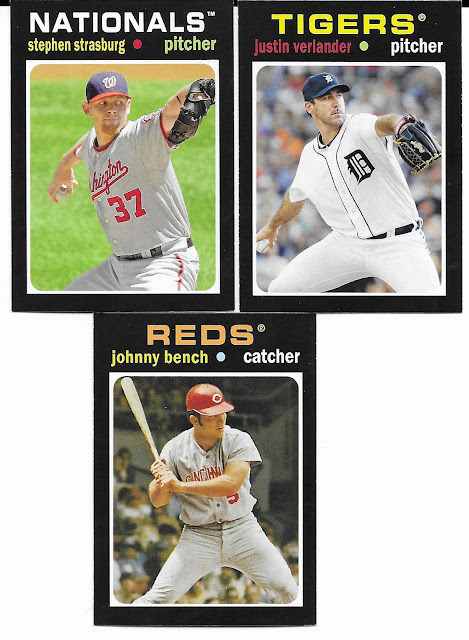 I can't say exactly why the '71 minis were included in the package but I can say that I appreciate the inclusion since the cards were all new to me.  Out of the 15 or so that Rod sent my way, a few will end up in some of player PCs while the rest will probably make their way to other collectors down the road!  Pay it forward I say!

And finally, Rod included some mini cards from assorted A&G sets.  I'm no stranger to getting A&G minis in the mail since I pretty much try and collect all the mini sets from each year but in this case it seemed more like Rod was simply sending me some extra trade bait since each of the minis he sent me I already owned.

Some of the minis, such as this World's Dudes mini are from sets that I completed this year... 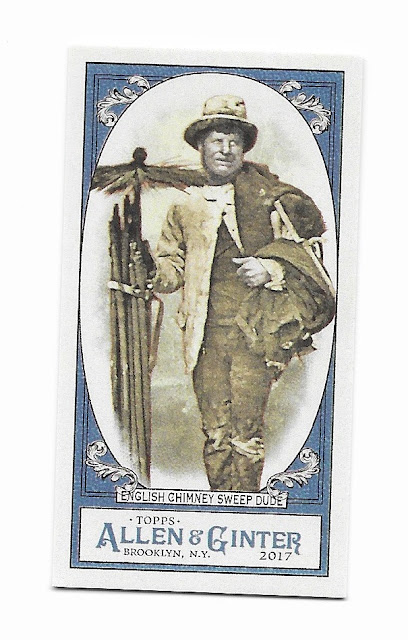 ...while others (like these awesome Monsters of the Mesocoic minis) are from a set that I completed when the original set was released (back in 2010). 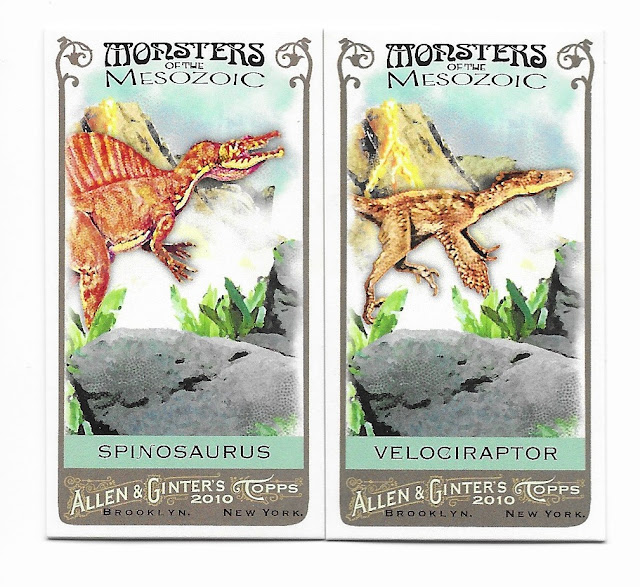 That said, I never turn down getting cards of dinosaurs in the mail!

The other minis that Rod sent my way were actually from sets that I'm still working on, but unfortunately for me I happened to already own Tecumseh from the 2018 Indigenous Heroes set. 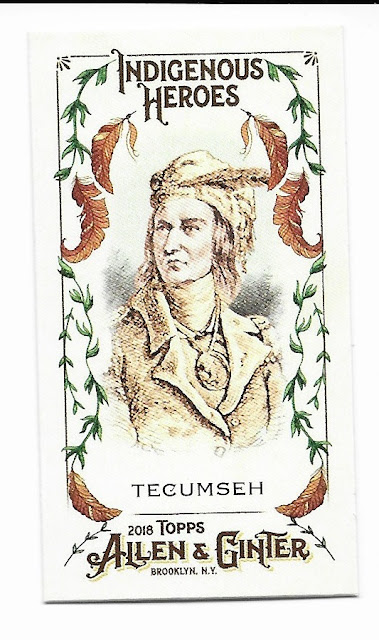 And I also already owned this Disc Golf card from the awesome Exotic Sports mini set from 2018 Ginter set. 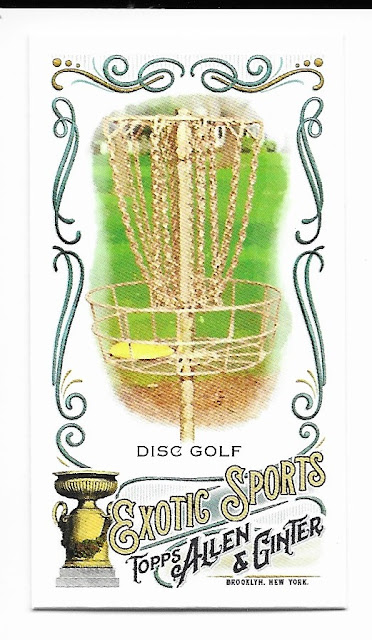 A little bit of a mystery as to why certain cards were included in the swap but I kind of like the intrigue.  I'm sure I'll be able find good homes for the duplicate cards - A&G minis are usually in demand by someone out there!  Of course, the Reds are always appreciated and that includes a couple of Barry Larkin cards from Rod that I'll eventually show off in my ongoing Barry Larkin Collection series of posts.

Many thanks for the trade Rod - and Happy Holidays!
Delivery Time Padrographs