on December 05, 2019
One of the fun things about being involved with baseball card blogging is the excellent community that I get to be part of.  Many bloggers (including myself) sometimes like to hold contests or giveaways...but I don't know if I can think of a single contest/giveaway that was larger than what happened over the past few years by blogger David at Indians Baseball Cards.

This giveaway was so large (check out his post here) that just my portion of the total number of cards had to be stuck in a large mailer box that cost over $12 to ship!! 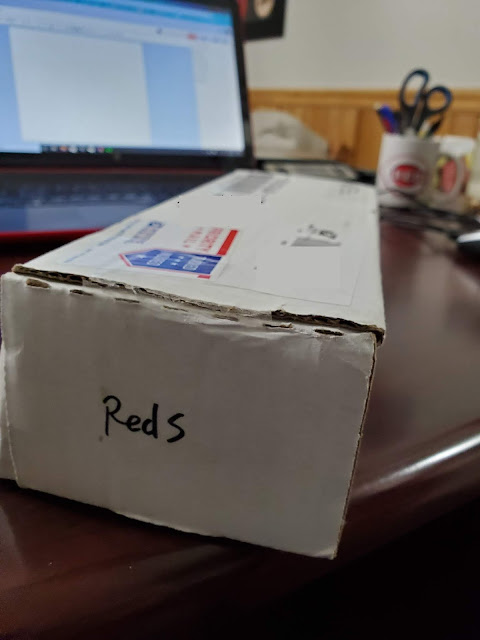 My particular prize box was chock full of (you guessed it), Cincinnati Reds cards!  The box ought to be a lot of fun to go through - eventually I expect many of the Reds in the box will end up in my Reds Frankenset.

I haven't had the time to fully sort the box yet, but I have gone through about half of it to date and so I figured it'd be fun to take a quick look at some of my favorite cards so far starting with this "Phil Rizzuto's Baseball" card from Comic Images. 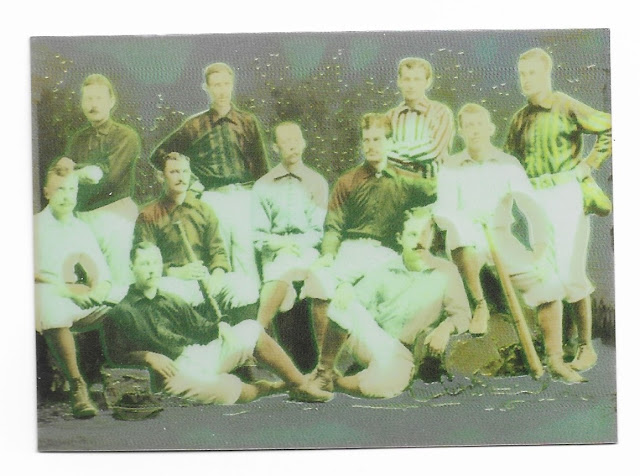 I have no idea what that set is about but the back of the card "celebrates" the Cincinnati American Association and the fact that each position player in the team photo wore a different uniform (that is to say, catchers wore one uniform, first baseman a different uniform, etc.).  Luckily for all of us, that practice didn't last long!

Another card that caught my eye is this cool Pacific Vanguard card from 2000. 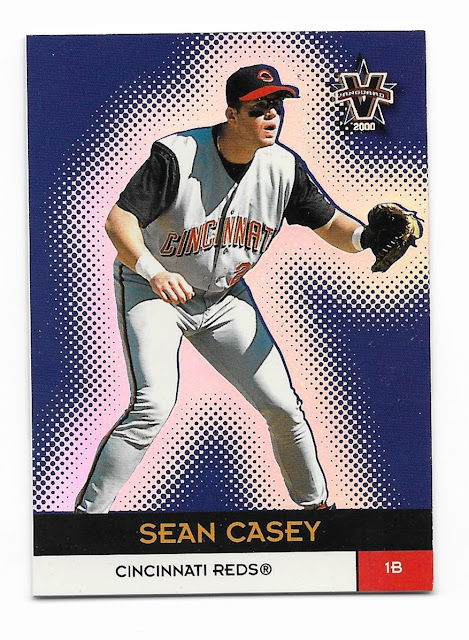 I've made it well-known that I love a lot of what Pacific produced around the turn of the millennium and this Vanguard set certainly fits the bill of being interesting to me.  I'm happy to have the Sean Casey if nothing else.

And finally, I'd be remiss if I didn't show off the first hit that I've found in the box of goodies: 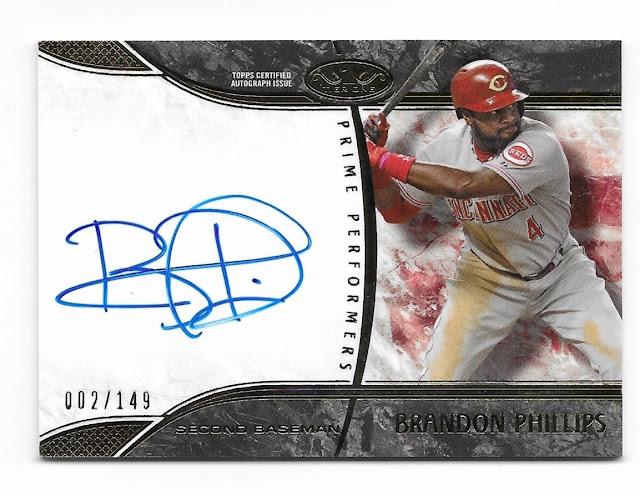 That's a beautiful on-card signature of Brandon Phillips numbered out of 149.  I used to really like Brandon when he was a Red right up until his rather ugly, messy divorce from the club.  Even with that sour taste, I'm still happy to have this particular card for my collection!

Many thanks to David for the gargantuan task of sorting, packing, and mailing all the cards to everyone!  I'll probably have at least one more post related to this box of goodies as I continue to sort through everything but for now let me simply say "thanks!"