on February 15, 2020
The next team in my rankings is a team that plays in a state that I've never had the opportunity to visit: 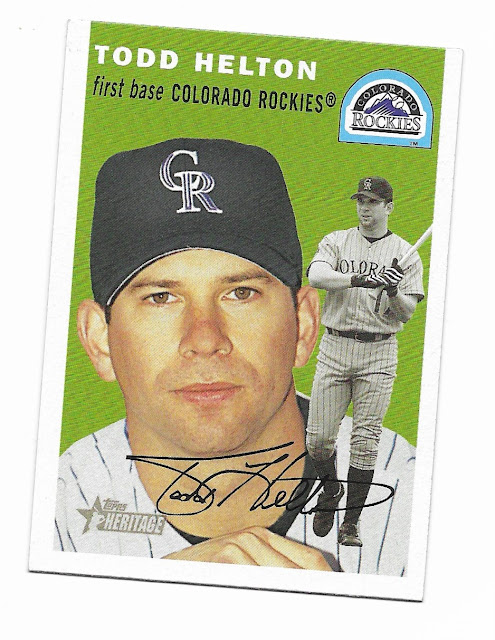 First, I have to be honest in saying that I'm not really sure how the Rockies fell six spots from their 2019 ranking.  If I had to guess, I'd say that it's mostly due to the way the Rockies seemed to treat their star Nolan Arenado.

Historically though, I'd say the Rockies have been a borderline Top 10 team for me year in and year out.  Generally speaking, I like a lot of the players that have suited up for the Rockies and since the Reds and Rockies play so infrequently there's no real rivalry (or heartbreak) between the two teams.  I also think the Rockies' field looks quite nice and I'd like to get there some day!

Unfortunately, there isn't much else to say about Colorado right now - they are a perfectly adequate team and that's about it currently.  The next team on my list is pretty much in the same boat as Colorado as far as I'm concerned (perfectly adequate but unspectacular).  I guess the next team does have a bit more recent success...and since they are in the opposite league from the Reds they are even less threatening to my team than Colorado might be.