on July 08, 2020
It's time for another contest update for my Ultimate Allen & Ginter Mini Set Bracket contest that has been going on here at Nachos Grande for the better part of a month!
We've already locked up seven winners prior to today's update (with an eighth winner being the grand prize winner which will be the person with the highest bracket score).  Given that the bracket is the main focus of the competition, we should probably update those standings first! 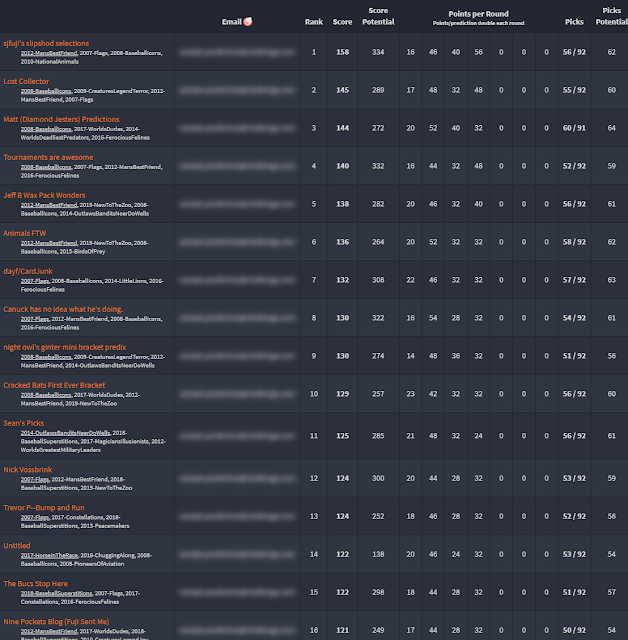 Congrats to Fuji for currently having the best bracket!  Fuji has a 13 points lead over the Lost Collector (and a 14 point lead over Diamond Jesters).  Depending on how the last few votes go though there's still a number of different people that could end up winning the whole thing!  Not me though.  My hopes and dreams of my own bracket within the contest have gone down in flames.  For what it's worth, I think the voters really screwed up some of the picks *I kid, I kid*.   By the way, you can find the full scoreboard of predictions here.
You may also recall that in addition to the main winner being the person with the best bracket, I'm also having a bunch of other winners (and a prize draft at the end of the whole shebang).  I promised a winner would come from one random commenter on the last contest update post so let's see who our next winner is.
As usual, I'll use Random.org to randomize the names of each person who commented on the appropriate blog entry.  I'll randomize the list six times and then take the person at the top as the winner.
Here's the screenshot for the winner from the standings post on 6/25/20: 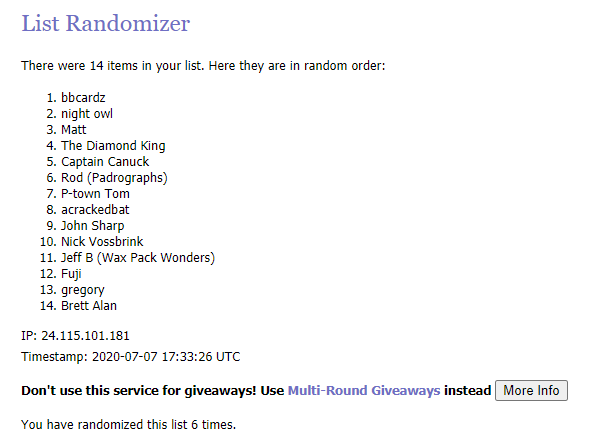 Congratulations to bbcardz who joins the list of other winners of the contest!
Now, I also promised to have more winners selected from commenters on random blog entries of mine.  The next blog post that we need to select a winner from is my New Year's Blog Resolution post from 6/30/2020.  Like I said in a previous post, not every winning post will be one tied to the Ultimate Contest!  I want to encourage more comments and interaction on my other posts as well :)
Anyhow, my Resolution check-in post had six comments from people (not including my replies).  Alex Markle actually replied back to me so he gets two entries in this particular drawing.  And our winner is... 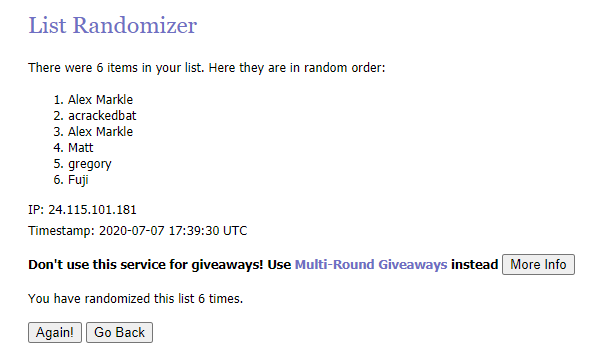 Congrats Alex!  That second comment might have been the ticket to winning this particular drawing!
And finally, our last post for a winner for this particular portion of the contest was my most recent vote on July 6.  We had 14 people cast a vote there and once again we turn to Random.org to determine our winner: 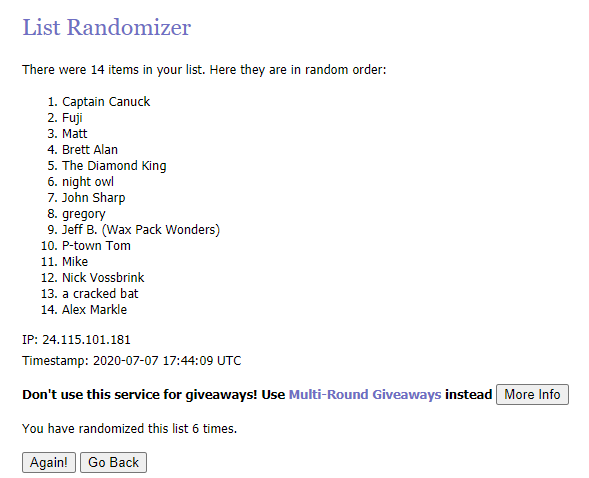 Congratulations to Captain Canuck for the victory here!  (and by the way, Captain Canuck I've been trying to reach you via email without any luck so if you could shoot me an email that'd be great)!
With the three new winners added today, our contest will have at least a grand total of 11 winners when all is said and done.  Of course, not all is said and done quite yet...so let's make this another post where I'll pick a winner from the comment section whenever I do the next contest update.
And since we are getting so many winners, I better keep adding in some more prizes to the prize pool!
Prize #10:
2015 Topps Allen & Ginter Framed Autograph
AGA-TM.  Trevor May (Twins) 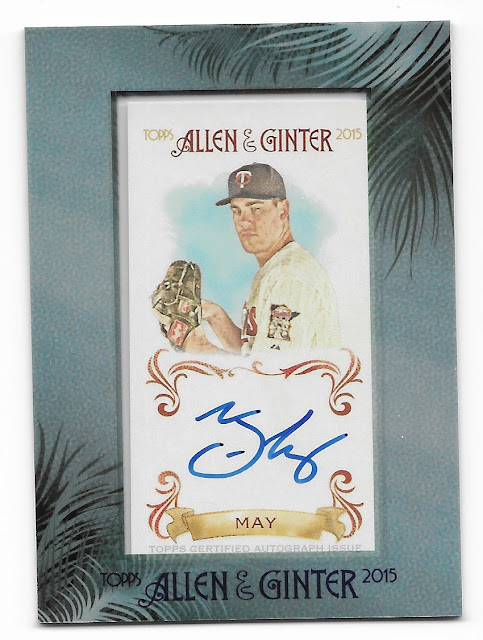 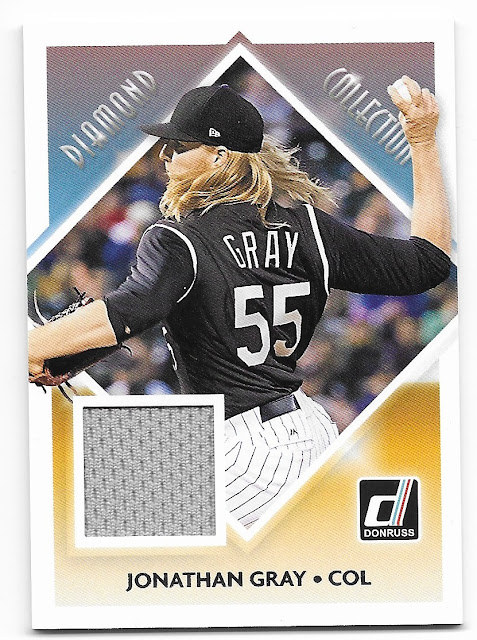 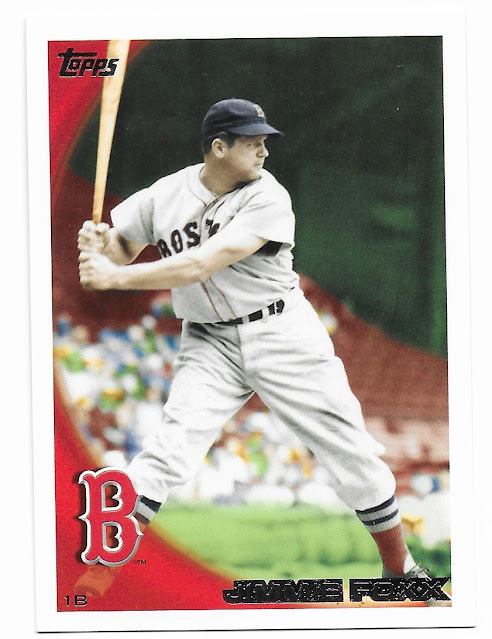 I hope that the prize selection offers up something of interest to everyone!  I still have a few more prizes to add to the prize pool...and we will still add a few more winners to the contest as well over the last few votes!  Thanks for playing along, everyone!
Ultimate Ginter Mini Set Bracket