Yesterday, I showed off the highlights from the first of the two 2020 Topps Allen & Ginter hobby boxes that we ripped for last Saturday's group break.  As I said in that post, this break didn't fill well at all...I ended up having to claim 8 of the 15 team slots (plus the non-MLB slot).  I was fully prepared to take a proverbial bath on this break...but the group break gods definitely smiled on us (me in particular) with box #2.  Read on to see a first for me involving Allen & Ginter!

Before we get to the real good stuff, let's take a quick peek at our box topper: 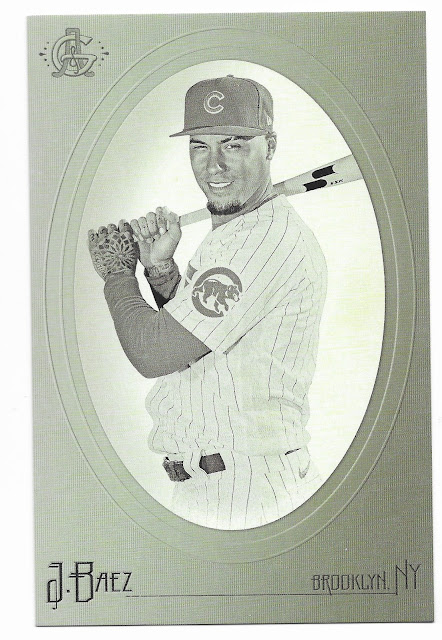 The Cubs were one of the few claimed teams in the break - this one is going to end up with Trevor P. who claimed Chicago.

The second box of the break was good in a number of ways including the fact that it produced five different mini inserts:

As I said yesterday, I have the Where Monsters Live set complete but I am actively working on trying to finish off the other three sets featured here.  Obviously, I was happy to land those for my collection!

The rest of the box pretty much belonged to me as luck would have it.  First, our two full-sized relics: 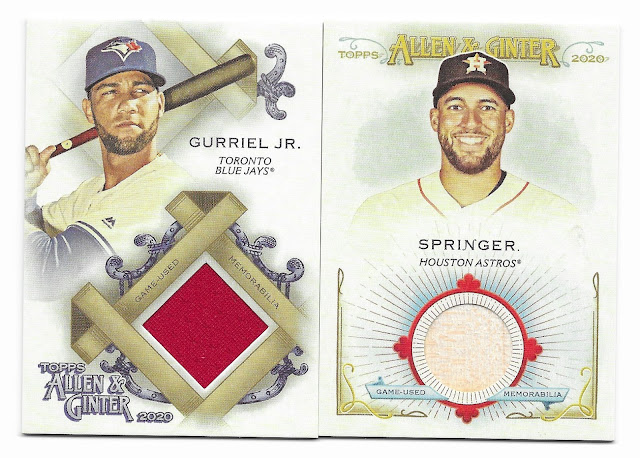 I ended up picking up both Houston and Toronto as part of the eight teams I had to buy to fill the break.  I'm not (currently?) planning on collecting the full-sized relics but I can say that the bright red on the Gurriel, Jr. card makes me much happier than a plain white or gray bit of cloth ever could.

Speaking of making me happy, here's our third hit of the box: 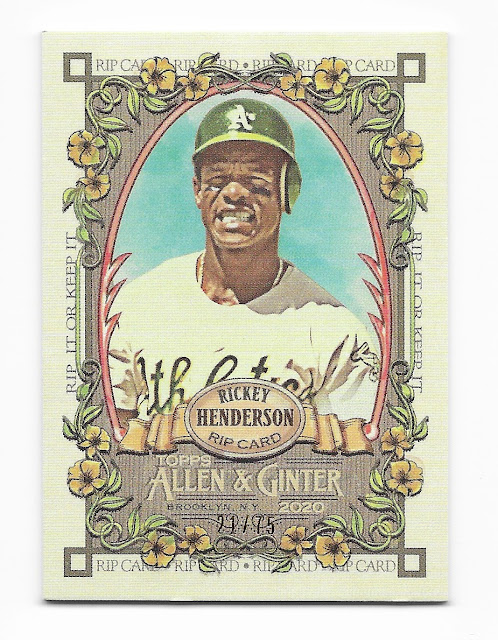 My first rip card of 2020 (and probably my last since I don't plan to buy any more boxes of Ginter this year)!  The Athletics were actually an unclaimed team in the break but I lucked out as they ended up being one of my random teams.  The Henderson rip card is numbered 21/75 - and like most of the stuff I pulled for myself in this box, it too is destined for eBay (in its unripped form).

And finally, the rarest card I pulled in any box of Ginter this year: 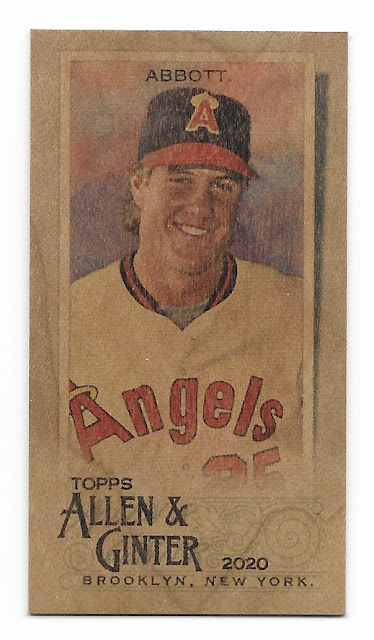 That's my first ever wood mini...and yes, it's hand-numbered 1 of 1 on the back of the card! 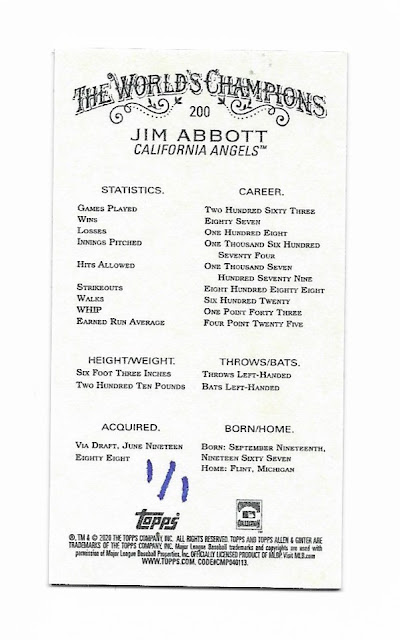 The wood minis are seeded 1:3,372 packs according to the pack wrapper and in all of my years of opening Allen & Ginter packs I believe this is the first time I've ever pulled a wood mini!

Overall, I definitely found this to be a really fun box to rip.  Truthfully, I was super happy to pull a couple of cards that I think I'll be able to flip for enough cash to cover my costs for buying into this break so heavily.  On the other hand, I actually would have preferred to have sold all of the slots and then made a couple of group break participants super happy with either a true 1/1 card or a rip card!

I guess if nothing else this is a lesson for everyone:  don't let my group breaks go unfilled, you never know when we'll rip a true monster of a box!

That will probably do it for new Allen & Ginter packs from 2020.  At this point, I'm going to shift my focus to trying to collect the inserts and other stuff that I still need from the set via trades/purchases (check out my full want list here).  I am also going to keep doing group breaks but for the next break we are going back to an older (and much cheaper) set:  2002 Topps Stadium Club.  If you are interested in that, go here for all the details and to sign up.