Last night, I held a trio of group breaks back-to-back-to-back on video.  First, I ripped our third box of 2020 Topps Stadium Club, then it was on to the 2003 Playoff Prestige break, and finally a two-box break of 2020 Allen & Ginter.  If you'd like to watch the entire thing, complete with my scintillating commentary, here's the video:

If you prefer pictures and words to videos, then read on for a quick recap of the 2020 Stadium Club box!

Our box of 2020 Stadium Club began with a box topper of a rather naked looking Darryl Strawberry of the Mets. 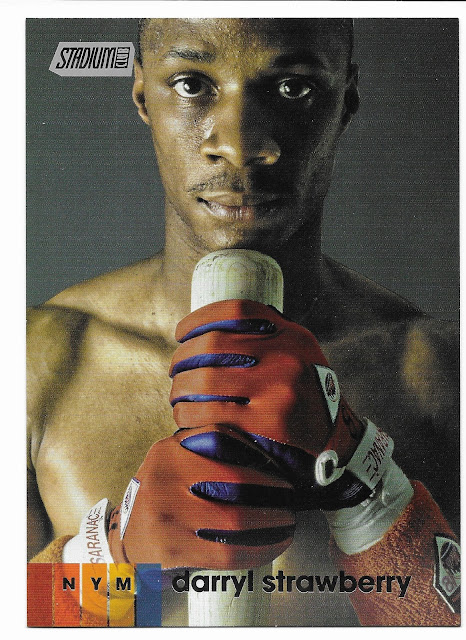 I'm not sure why he has his batting gloves and wristbands on but no shirt but who am I to judge?

Since this is the third box of Stadium Club that I've opened for a group break, I'll forgo the usual scans of the base cards plus the "common" inserts.  Instead, I'll simply show off the box hit of the break - the Stadium Club Chrome card of Freddie Freeman of the Braves. 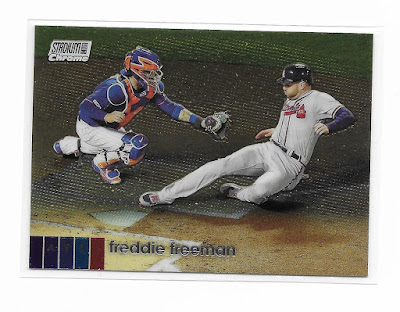 Colbey claimed Atlanta in this break and I think that card alone makes this box worthwhile for the Braves!

Other parallels from the box included our expected six red parallels, the highlights of which had to be the Alex Bregman and the Honus Wagner.

We did even better with our two black parallels including a super sweet Babe Ruth!

Each box of 2020 Stadium Club promises a pair of autographs and our box was right on the money there too.

First up, we pulled a Mike Brosseau auto for the Tampa Bay Rays. 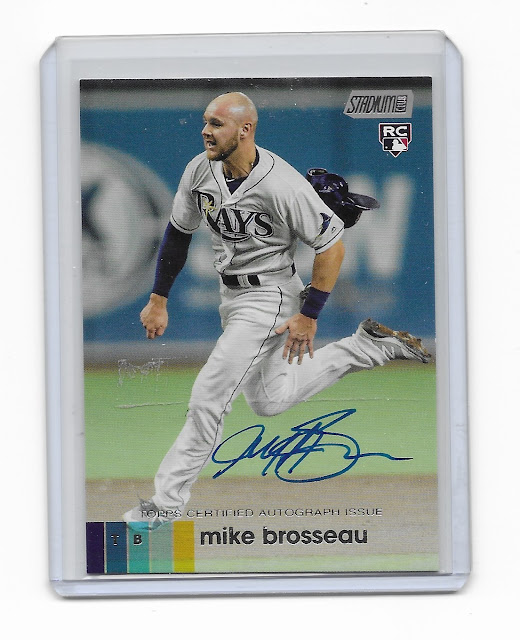 The Rays went unclaimed in this break and ended up as a random team assigned to the Braves slot (so Colbey gets this particular auto).

Our second auto, I'm happy to report, went to an actual claimed team - in this case, the Dodgers. 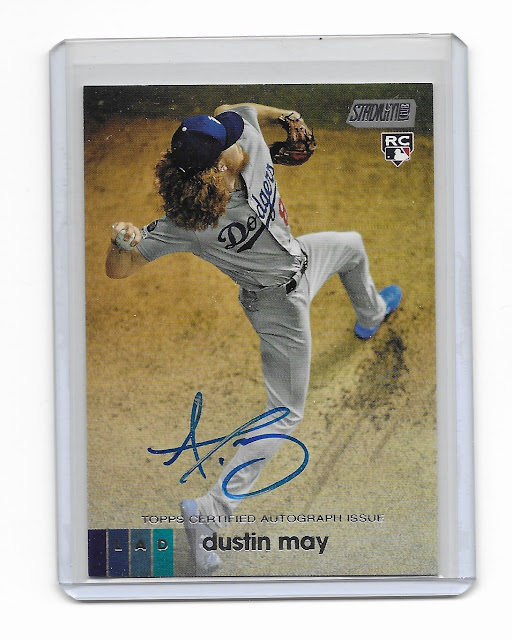 None other than the 3-million man Night Owl Cards claimed the Dodgers - hopefully this makes Greg happy to have!  What can I say, I have a knack for pulling Dodger cards.

Speaking of pulling Dodgers, I always try to include some bonus packs in my group breaks and this particular break was no different.  One of our included bonus packs was a single pack of 2019 Donruss Optic that actually yielded a pair of cards I felt were worth scanning: 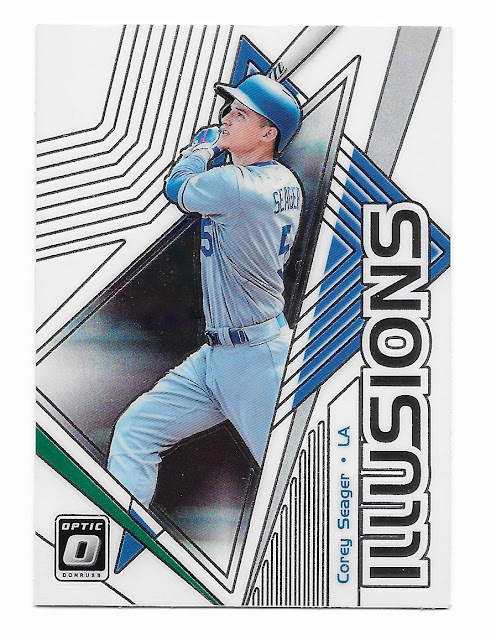 That's an Illusions insert of Corey Seager for LA - so a bonus card for Night Owl as it turns out.

The final card that I felt I should scan goes to the Phillies slot (a "random" team that got assigned to Ben Martin). 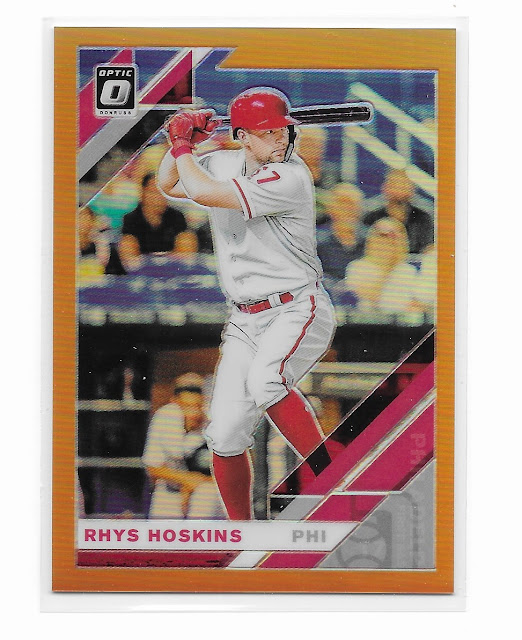 Despite the fact that the Phillies went unclaimed, getting a card #81/99 from a bonus pack of cards has to feel kind of good, right?!

Overall, I was happy with this particular group break box.  We pulled a bunch of cards from a wide variety of teams including some of the best stuff for actual claimed teams (which is the ideal scenario for all involved)!

I have to more group break wrap-ups to post but those will each take me more time to sort and write-up so look for those later this week!  For now, thanks to all who joined (and/or watched the video break) and hopefully I'll have another group break sign-up posted within a day or two!