on October 28, 2020
Loyal blog readers know that I've been quite busy hosting group breaks every Tuesday night for the past few months.  However, what you may not know is that I also participate in other people's group breaks.  One such breaker that I've bought into a number of breaks with is Ben from Ben's Cards and Collectibles on Facebook. 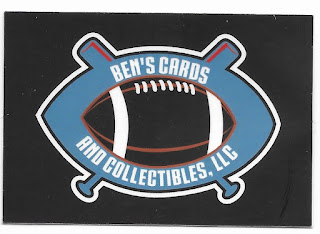 Ben busts four or five boxes at a time of various products but I usually only jump in on either A) new stuff that I don't have any of or B) sets that have Barry Larkin cards that I still need.  Ben operates group breaks much like I do in that he "stacks" cards for you and then ships only when you request your cards be mailed.

I ended up with a fairly large envelope full of cards but the main highlights for me consisted of the Barry Larkin cards! 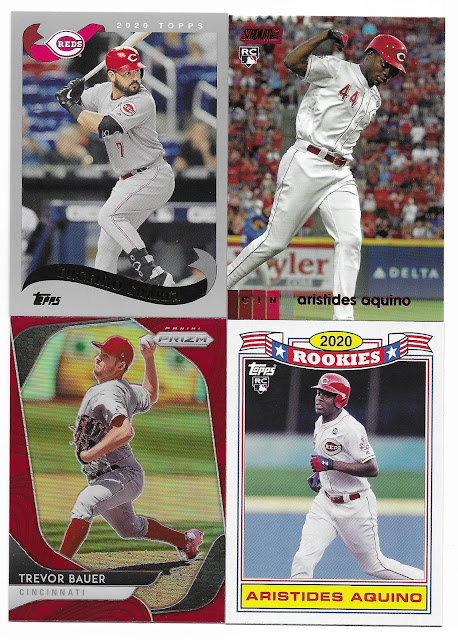 In the other breaks, I didn't hit anything amazing though the Suarez is a parallel numbered out of only 99 which I guess is cool (not so cool that I'm trying to keep it though, I've already listed that one for trade with the hopes of maybe landing one of the rarer Barry Larkin parallels from the Archives set instead).
Thanks for the breaks, Ben!  As for anyone else, if you are interested in getting involved in group breaks I invite you to check out my group break Facebook page!
Bens Cards and Collectibles