on October 14, 2021
I'm back with another round of cards from my recent huge Barry Larkin purchase!  For today, we head to the "way back machine" and travel back to the late 80s and early 90s when Topps (and Bowman) Tiffany were all the rage.
Actually, were those sets ever "the rage."  I was a kid back then but I have no recollection of Topps Tiffany even existing...and when I did get one of those "bright cardboard backs" via trade or something, I usually figured it was a misprint or that Topps simply changed cardboard from earlier printings.  I guess you could say I was stupid, but still, Tiffany sets never did much for me back then.
I'm kind of guessing lots of people felt that way though as trying to acquire the various Barry Larkin Topps Tiffany cards today has been a tough task indeed!  However, I did manage to knock a bunch of my want list out in a single swoop with this purchase - a total of six Tiffany cards are now all mine!
We'll start with the Topps Tiffany cards that I acquired - beginning with the 1989 set: 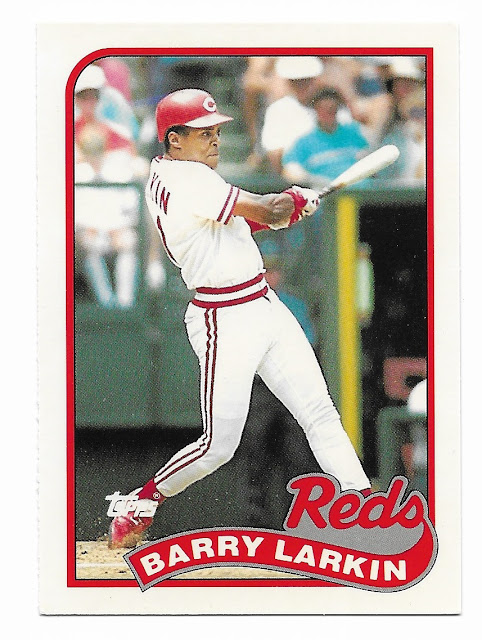 I will probably always have a soft spot in my heart for the 1989 Topps set.  It's the first set that I truly "collected" as a kid - and while I never got close to completing the set back then (I was 100% reliant on the packs of cards my dad brought home for my every now and then), I did study and love the cards that I managed to acquire!  The '89 Larkin photo isn't the best one out there but the card is still rather iconic to me!
Next, from 1990: 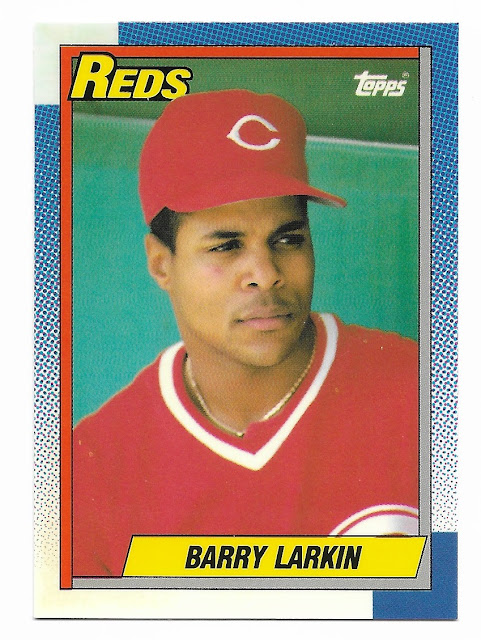 The 1990 Topps card is definitely more boring than the 1989 - though it was 1990 Topps that I probably had the most cards of as a kid (at least among the Topps brand).  I think 1991 Score is the set that I had the most of overall!
Finally, from 1991 I was able to acquire the Tiffany version of both of Barry's base cards: 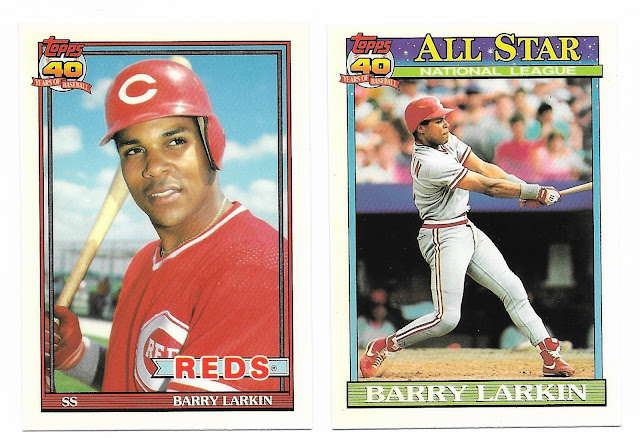 I imagine that most people would rank 1991 Topps ahead of either 1989 or 1990.  In all honesty, I would too - the '91 set is actually quite amazing if you go back through it today.  That said, I'll take the 1989 set over the 1990 set every day!  Maybe some day I should go through and try to rank all of the Topps flagship sets (I'm sure that others have done that but who wouldn't want to see yet another ranking)?!
That does it for the Topps Tiffany cards that I was able to buy but I'm not quite done with Tiffany cards overall as I was also able to nab a pair of Bowman Tiffany cards (1989 and 1990). 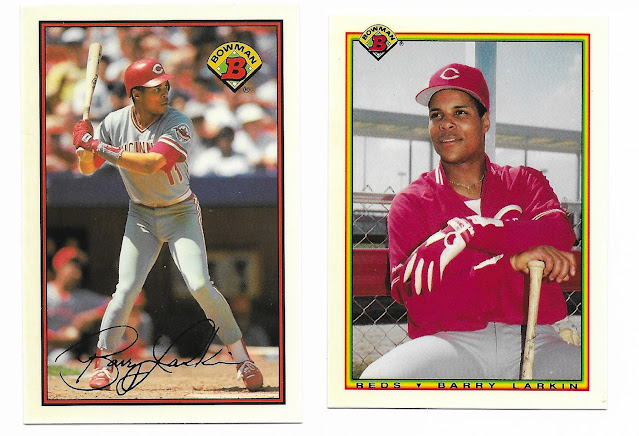 My general disdain for the Bowman brand can definitely be traced back to the 1989 and 1990 sets.  I didn't like them much as a kid (I hated the slightly oversized 1989 cards in particular) and truth-be-told, I kind of still dislike each set to this day (though the 1990 Bowman Larkin card has grown on me quite a bit).
That'll do it for Topps/Bowman Tiffany cards that I was able to buy.  I've still got quite a few other goodies from the purchase to show off (I probably won't show every card but I'd like to highlight a few others at least)!  More to come on that in a future post!