on October 16, 2021
I'm back today with another post highlighting some of the Barry Larkin cards that I acquired via a recent purchase over on a Facebook group.  Today's theme is "oddball" cards.
Let's begin with the cards that are actually not really cards at all - a bunch of stickers! 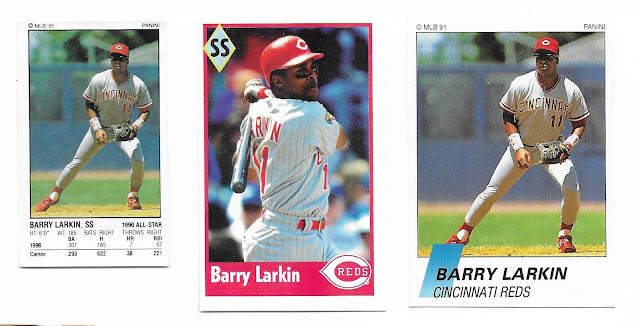 What you see above is a trio of Panini Stickers (two from 1991 and one from 1995).  I do consider the Panini Stickers to count as Barry Larkin "cards" for the purposes of my player collection.  In fact, I pretty much count everything that's on TCDB as "allowed" for my player collection except I've decided not to chase the vast majority of the oversized cards of Barry Larkin.
You may have noticed a slight hedging on my words in the above paragraph because while I'm not seeking out most oversized cards, there are a few that I'm looking for including this one: 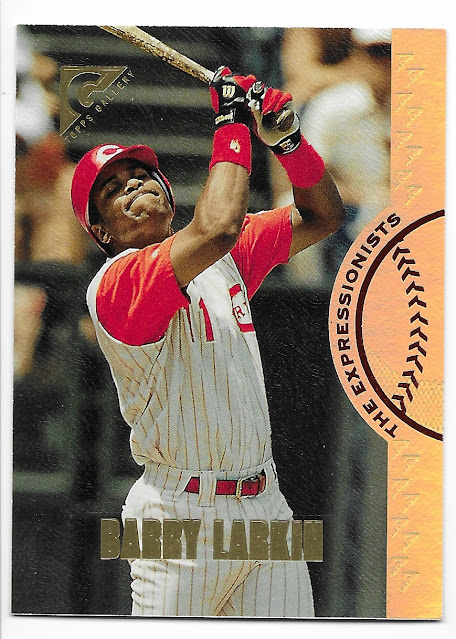 That's a slightly oversized 1996 Topps Gallery Expressionists card from the 1996 set.  It's about half an inch wider and half an inch taller than your typical baseball card - basically just extra big enough to be annoying to store!
Next, we find another interesting oddball - this time from the 1993 Post Canadian Cereal company. 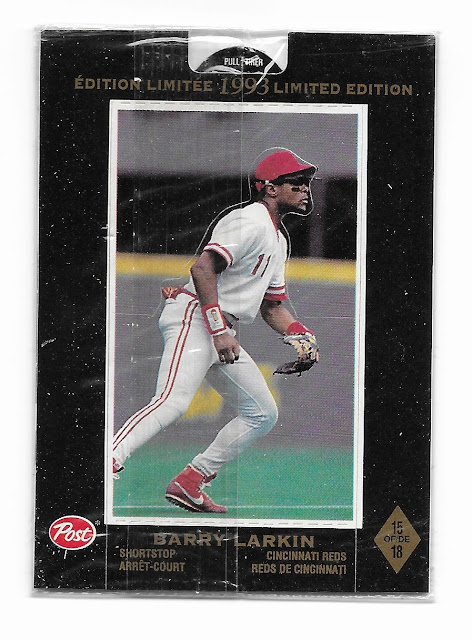 That's a pop-up Barry Larkin card still in it's original plastic wrap.  At the moment, I'm undecided if I want to remove the plastic wrapper so for now I'll simply scan the card with the wrapper on.  There's a chance I may free this card from it's bindings in the future!
Sticking with the Canadian theme, here's another Larkin oddball: 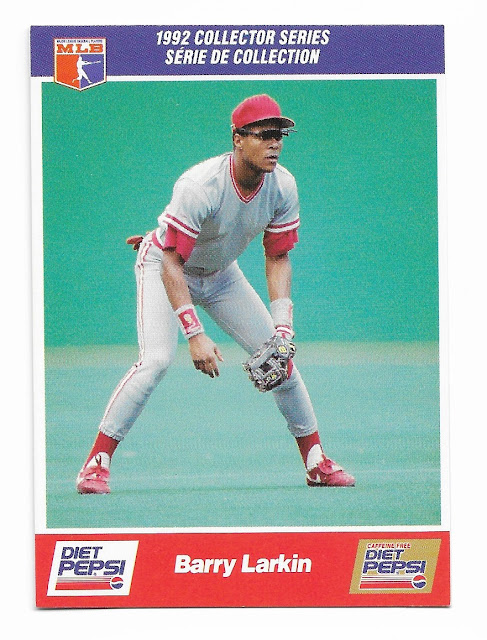 That's a 1992 Diet Pepsi card - complete with both English and French descriptions on the card back.  Barry kind of looks like he's playing baseball in his pajamas here but otherwise it's a solid oddball card design!
Finally, we end today's post with two more oddball cards - both from Red Foley's Magazine. 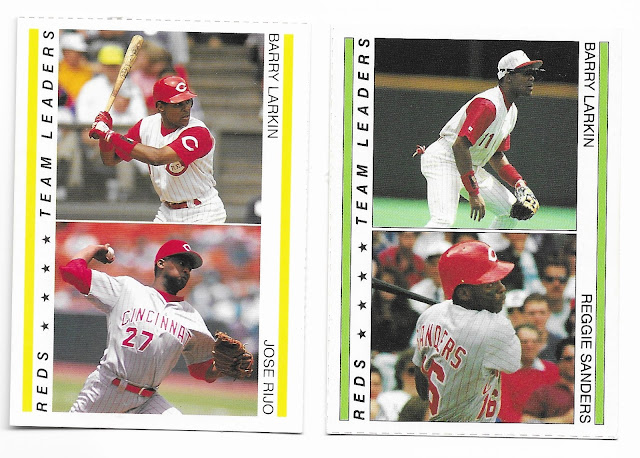 The green bordered card is from the 1994 set while the yellow bordered card is from the 1995 set.
I have another batch of oddball cards from this same purchase to go through but for now I'll stop with what I've shown off here.  It's certainly fun to get different types of cards every now and then - and yes, seeing stuff like this does make me yearn a bit for the "good old days" of baseball card collecting!