on May 25, 2011
The group break will end today, I'm going to do everything I can to make sure that I am able to finish off the last two boxes tonight.  After the Tek box is emptied, there are only two boxes with packs remaining - Stadium Club and Mystique.  One of those two boxes holds one of the rarest cards (in terms of stated odds at least) that I've ever pulled - and yes, it goes to a group break participant (i.e. it wasn't a Reds card).  Even better, each of the boxes have already produced hits (Stadium Club produced a relic for the Cardinals, the Mystique has produced a Tigers auto and a Dodgers shoe relic).

Which box holds the card?  You'll have to wait a few more hours for that - for now, let's finish off the box of Tek. 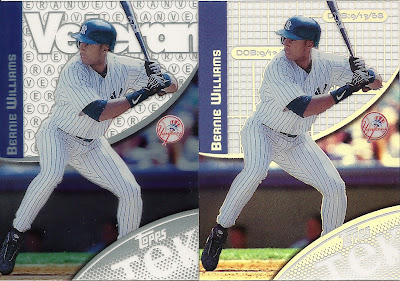 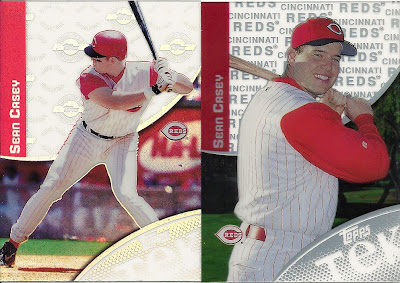 And in each of the last three packs, we ended up with a serially numbered card: 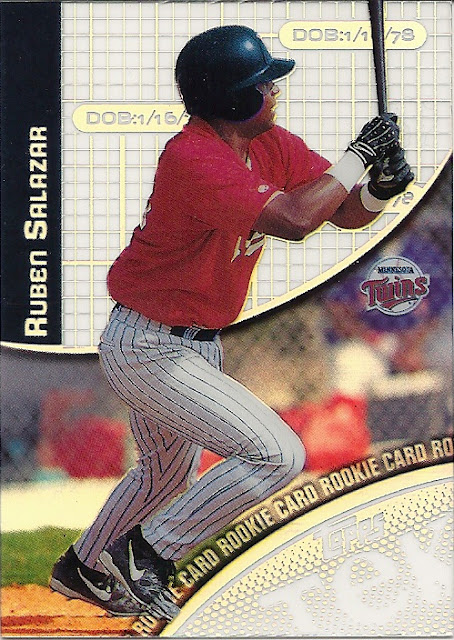 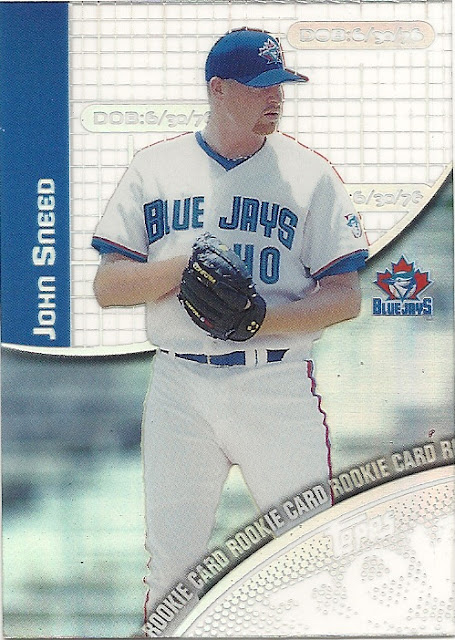 That's a solid ending to the Tek box - I hope everyone enjoyed this box, it's been a lot of to open up, that's for sure.  In fact, other than the '93 Upper Deck box, all of the boxes have been fun for me to open up (and the Upper Deck wasn't as much fun since I already have the full set AND each pack was so big it meant a lot of work per pack)!
Nachos Grande Group Break 5 Topps Tek 2000