on July 10, 2011
In an effort to move the group break to its conclusion in a rapid fashion, I've decided to rip half of the remaining packs out of the 2002 Topps Gold Label box. 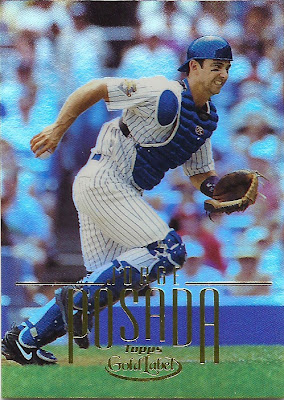 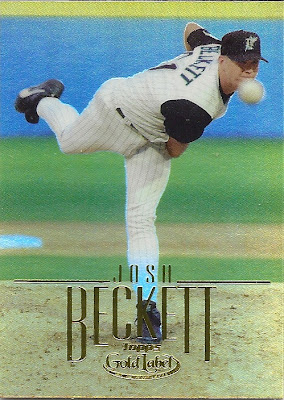 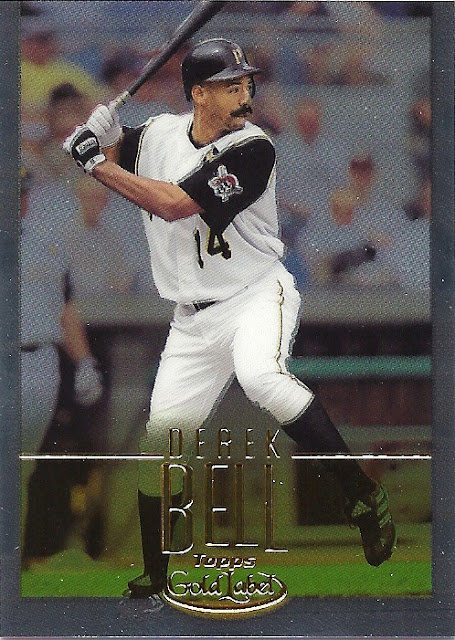 The Class 1 Gold parallels are seeded 1:7 packs.  The Pirates are now the seventh team of the break to nab at least one serially numbered card. 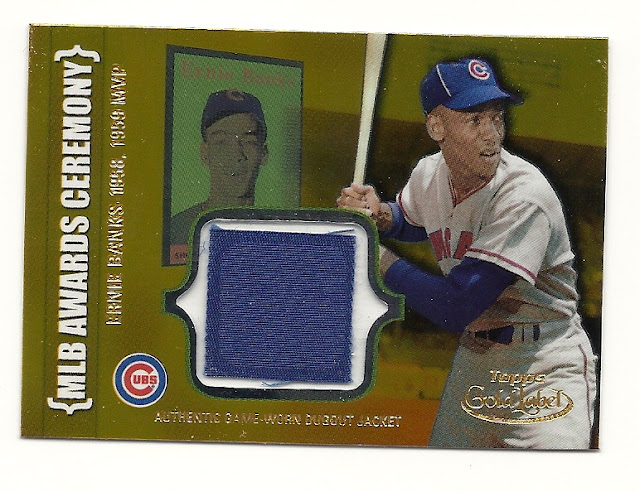 This is a rather unique relic in that it is an authentic game-worn dugout jacket!  I don't believe I've ever pulled such a relic before!  This is the first hit for the Cubs meaning that now we have found 7 hits (out of 10) and each hit has gone to a different team!  As a group break host, that makes me happy since the love gets spread around a bit to many different participants!  I, of course, want everyone to feel like they got a good deal in the break!


One little aside:  Here's how bad of a pack searcher I am.  I knew out of the six remaining packs that one pack should have a relic.  I felt each pack (carefully) and decided on the three packs that seemed most likely to hold the relic - and I put those three aside to open last.  I then opened the three I was sure didn't hold the hit.  As it turned out, I was correct about the first two, but obviously the third pack held the Banks relic!  I'm quite curious now what I felt in the other packs - maybe we got lucky with an extra hit?  Or, more likely I'm afraid, maybe I'm simply a really, really poor pack searcher.
Nachos Grande Group Break 7 Topps Gold Label 2002