on February 11, 2012
I had thought it might be possible to finish up the group break before the week was over...unfortunately that was wishful thinking as there were simply too many remaining packs!  What I CAN say is that the break will certainly be finished by next weekend...and all packages should be in the mail by then as well.

The only way for that to happen though, is for me to keep rippin' the packs.  Here's another 4 from the Donruss Team Heroes box. 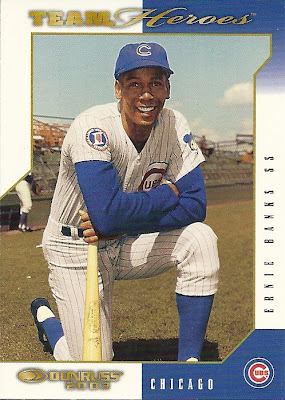 The glossy Maddux card is nice, but I'm giving the pack win to the Cubs thanks to the Ernie Banks (and to a much, much lesser extent, the Corey Patterson). 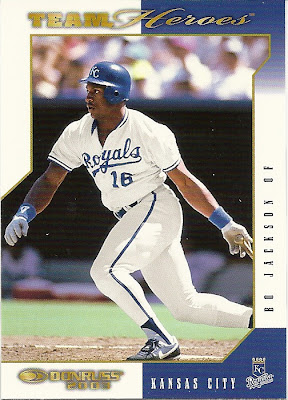 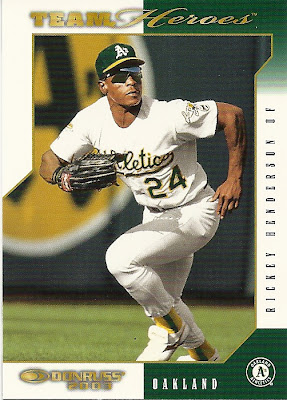 A pretty nice pack for the Athletics.  Unlike some of the previous breaks, the Athletics haven't had a great showing thus far...but they did get their second pack win with this pack. 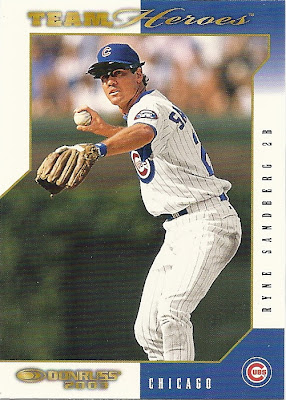 Another nice pack for the Cubs - the Sandberg is probably the best card of the bunch...and certainly enough for another Cubs pack win.
Donruss Team Heroes 2003 Group Break 2 in 2012