on March 25, 2013
Earlier today, I posted part 1 of a recent Bipping at the hands of Dayf.  Now, it's time to look at some of the cards that I actually wanted... 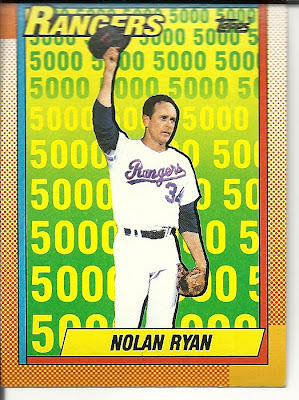 When I was a youngster, it always bothered me that I had the other Nolan Ryan 5000 K cards, but not the one where he was pictured with his current team. 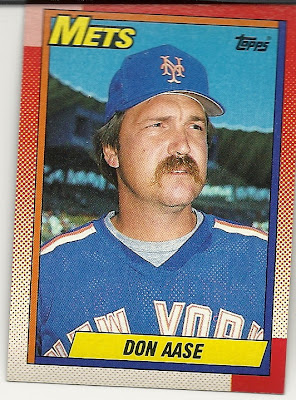 Ok, this isn't a favorite but I picked on poor Aase in the previous post so he gets his chance to shine on the blog now. 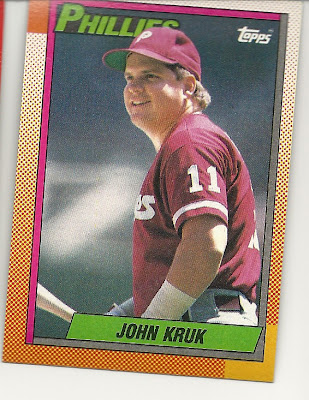 Back around the time this set came out, John Kruk came to the town next to mine and signed autographs.  I am 99% certain I had him sign this same 1990 Topps card.  Unfortunately for me, I have no idea what happened to his autograph - if I had to guess I'd say that my mom stuck it in a photo album for "safe keeping" since you can't trust little kids... 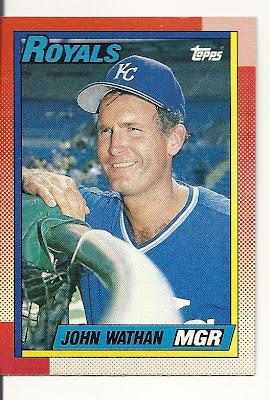 For whatever reason, my manager cards from 1990 seemed to have some of the worst wear.  I don't recall being overly interested in manager cards back in the day but I must have been based on their condition relative to the other players.  That said, Dayf must not have had the same issue with manager cards - this Wathan is pristine (or as pristine as any 1990 Topps has any right to be).

In addition to the '90 Topps cards, Dayf also threw in a couple of nice Reds cards.  I believe he said something to the effect of "to make it worth the postage" or something like that.  No matter his reasoning, I appreciated it! 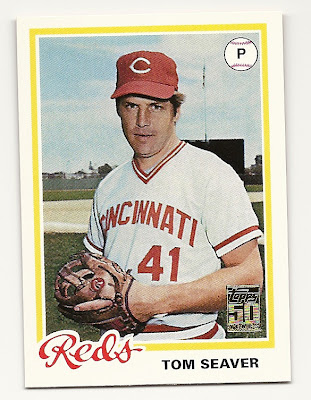 The Seaver is a reprint from 2000.  Although glossy (rather than standard cardboard), it's still a great card to add to my collection.  I'm not sure if I have the original version of this card or not.

And we end with a serially numbered beauty of Aaron Boone. 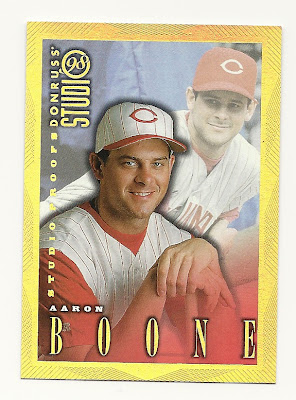 Anything Donruss after the year 1994 confuses me - so while I don't know for sure what set this is from I do know that it's shiny (and I like it)!

Thanks for the trade Dayf!  As always, if anyone else would like to trade, check out my want list and make an offer!
Card Junkie Delivery Time