Finishing Off the Third Box of the Group Break (with a Really Nice Relic #ed out of 100)!

on September 29, 2013
If I'm being honest, I must admit that the 2002 Fleer Maximum box was a total dud.  Oh sure, we did find a fairly nice Mike Piazza relic already but for the most part the box was disappointing.  Not so much for the design, inserts, or hits.  No, it was disappointing because almost every single card in each 15 card pack was stuck to the cards above and below it.  That results in a lot of chipping and peeling - and generally ugly looking cards when all is said and done.  Even so, there are a few cards that escaped relatively unscathed (usually the card on the top or bottom of the pack).  I hope the cards make for a nice addition to each group break participant's collection regardless of the inferior quality produced by Fleer.

We have four 15 card packs remaining - and I believe one of them should hold our second hit from the box.  Let's rip all four packs and finish off this box! 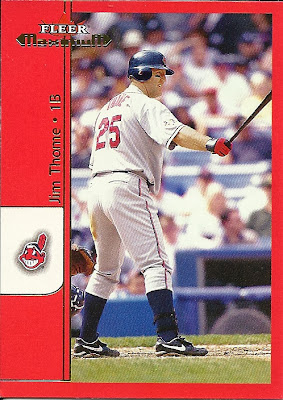 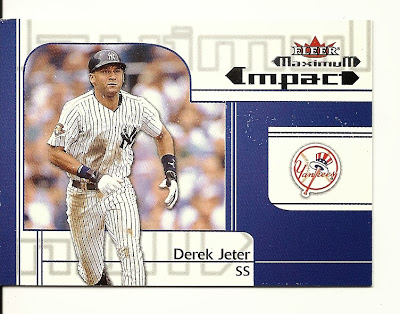 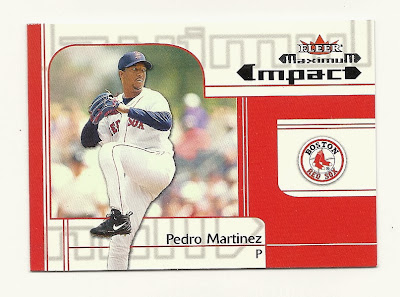 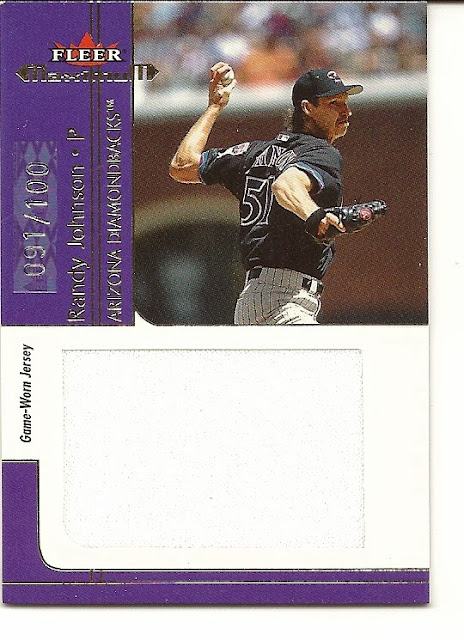 Woah!  That's a gorgeous looking relic - and it's probably one of the largest swatches of cloth that I've seen on a relic!   Even better, the card is numbered out of 100 making this a great hit for the Diamondbacks.

But wait you say...when did the D-backs ever wear white?!  Let's flip the card over. 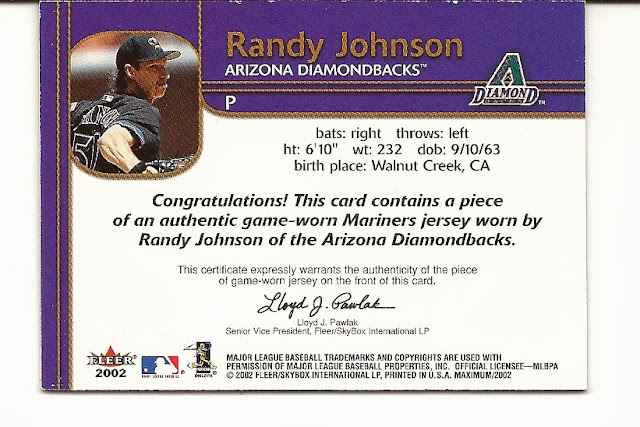 Yep.  This is a card featuring a piece of a game-worn Mariners jersey by Randy Johnson of the Diamondbacks.  At least Fleer was forthcoming with where in the world the cloth piece came from, I appreciate that.  As for the group break, this is clearly a Diamondbacks card (despite it being a Mariners' jersey) and so congrats to Chris G. who ended up with the D-backs in the team randomization portion of the group break! 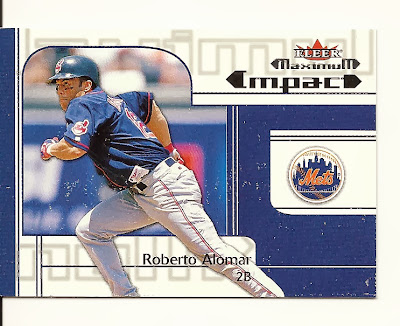 A nice card for the Mets! 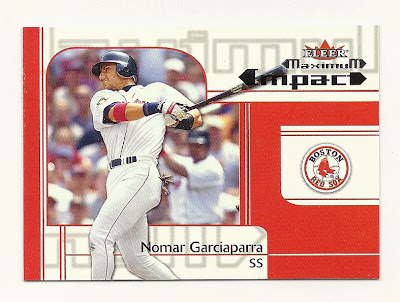 The final pack of the box might have been a semi-dud but the final four packs as a whole really helped to improve my opinion of the box.  The Johnson relic is a gorgeous piece of cardboard - and coupled with the Piazza pulled earlier, I'd say we did quite well with our hits out of the box.  I still don't like all the sticking/chipping that occurred with almost every base card though.