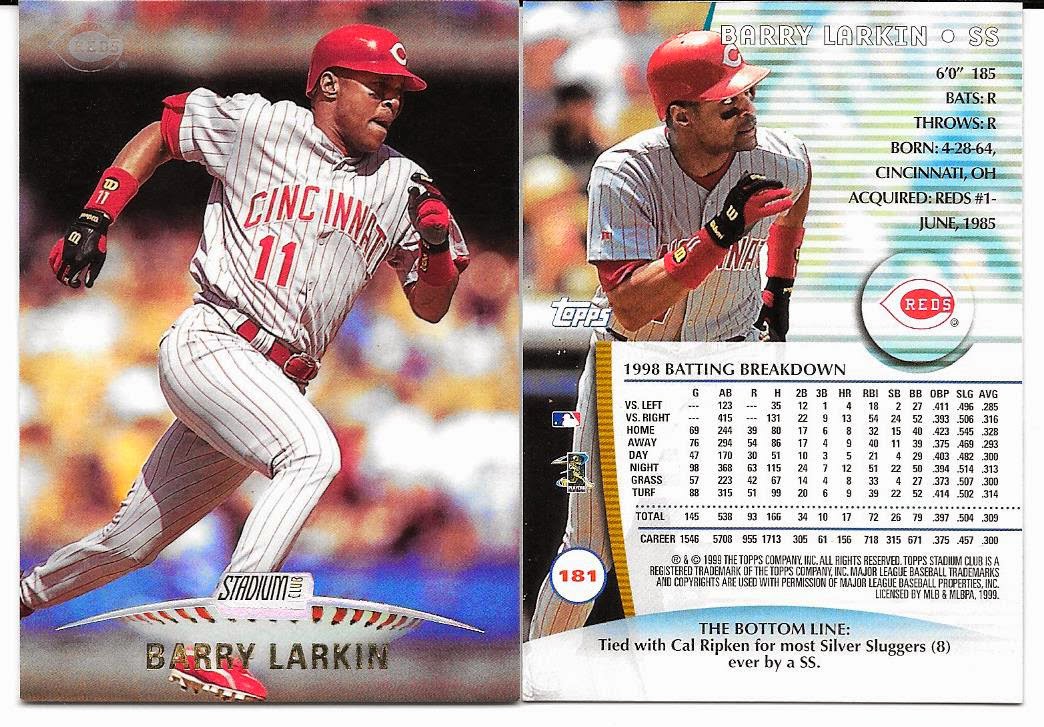 I've loved almost every iteration of Topps Stadium Club - even the 2008 set which many seem to despise because of its awful numbering and short prints.  While the 1999 Stadium Club set doesn't seem to be nearly as popular as even the 2008 set, I have to say that I find the 1999 set to be quite nice.  In fact, I'd wager that this particular set has a chance to be one of my top five favorite Stadium Club designs if I were to ever rank them from first to worst!

The front of the Larkin card has a rather pedestrian shot of Larkin running the bases - but the overall design is simple, uncluttered, and best of all, (mostly) lacking obnoxious foil.  I also actually like the look of the "watermark team logo" in the top left corner of the card.  It's different enough from most card designs to stand out without actually standing out (if that makes any sense at all).

The back of the card features a second shot of Larkin plus his 1998 batting statistics and a nice Reds' team logo.  There's very little to complain about - even the "Bottom Line" factoid is neat in that it ties Barry Larkin and Cal Ripken Jr. together!
Barry Larkin Larkin Collection Topps Stadium Club 1999