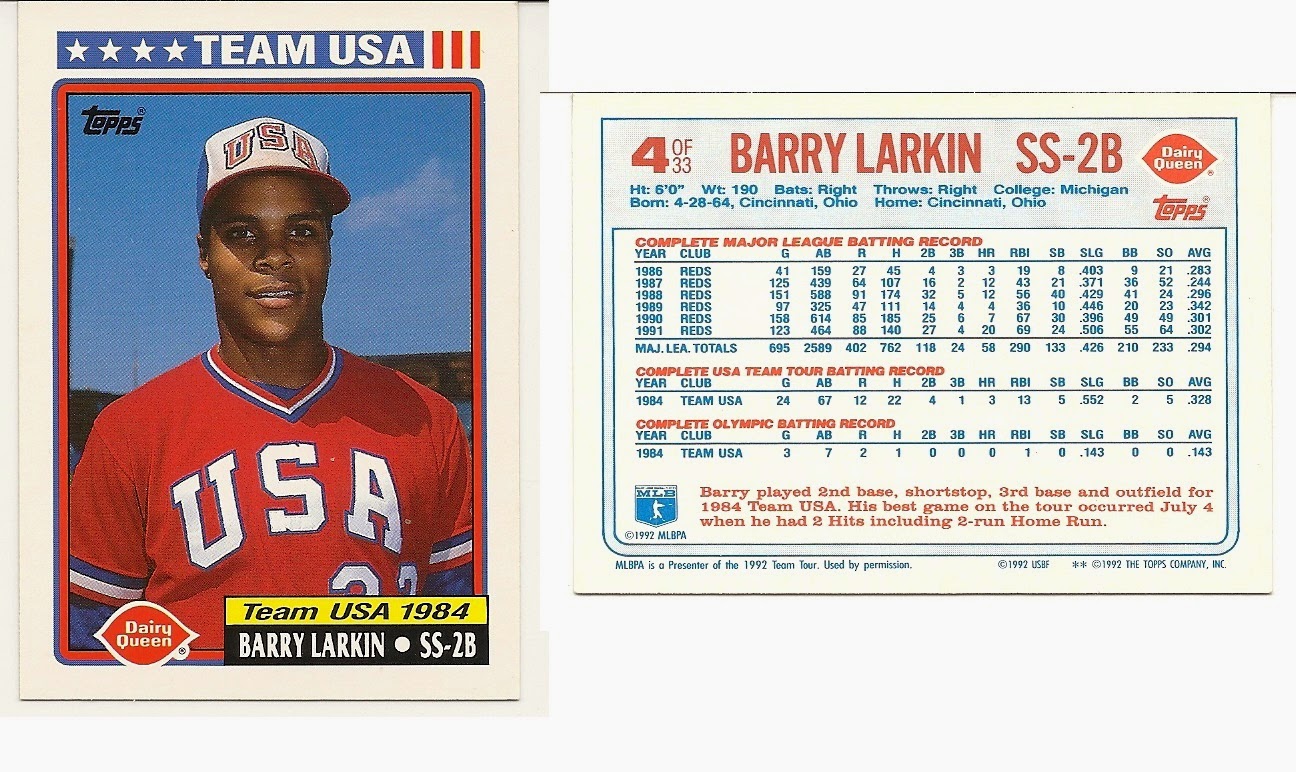 In my life, I've maybe eaten at a Dairy Queen once.  Although I love ice cream (and always have), I've never lived close enough to a Dairy Queen to make it a habitual stop.  Even if I had gone to DQ as a kid, I'm not sure I would have expected to get a baseball card along with my ice cream cone.  In fact, it would appear to me that baseball cards and sticky ice cream simply don't go together at all - but what do I know?  Happily for me, someone went to DQ and managed to keep their Larkin card in good shape...and eventually that card made its way to me!

The front of the card features Barry in his 1984 Team USA jersey.  By doing that, Dairy Queen (and Topps) avoided having to use team logos - but since Topps had a full license to create cards with logos I'm not entirely sure why that was necessary.    I do happen to like the picture used though, the bright blue sky with the bold red uniform makes for a striking image.

The back of the card features plenty of statistics including Larkin's profressional career numbers with the Reds and USA team tour statistics and his Olympic statistics.  Larkin managed to hit over .300 on tour but he stunk it up at the Olympics (.143 batting average).  No matter how poor his numbers ended up being, I think this is the only card in my Barry Larkin Collection that actually lists out Larkin's Team USA numbers (something that I appreciate)!
Barry Larkin Dairy Queen 1992 Larkin Collection