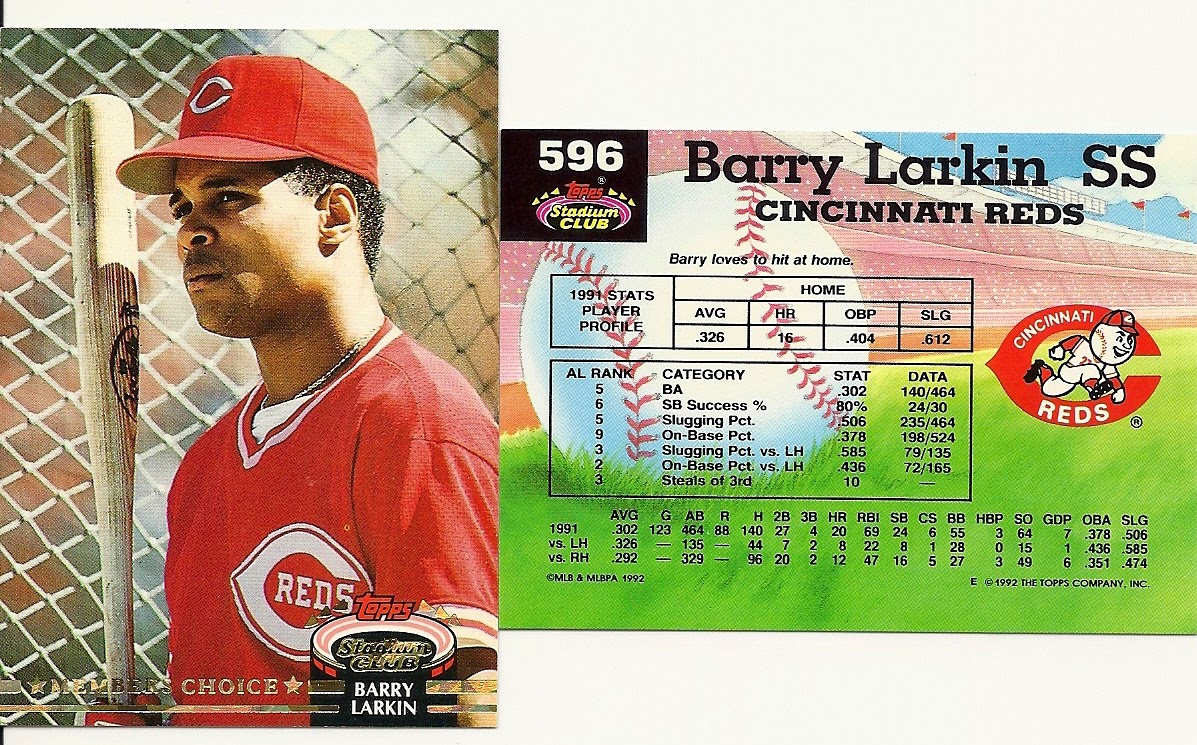 The 1992 Topps Stadium Club set was released in three different series where the last ten cards in Series 2 and the first ten cards in Series 3 made up the Member's Choice subset.  The subjects in the subset were actually chosen by the members of Topps' Stadium Club which is kind of cool (and proof that Topps occasionally listens to its consumers)!

For the set, Barry Larkin also has a regular base card (#100) so the Member's Choice card can be considered a "bonus" card of sorts!  Even better, the image on the regular base card is different (though I prefer the Member's Choice photo selection).  The front image is a simple shot of Larkin in front of a chain link fence - and all the Member's Choice subset cards have the "Member's Choice" foil stamp at the bottom of the card.  The back of the card looks a bit different than the regular base card (namely you do not get an image of Larkin's rookie card but you do get a large Reds' team logo).  The card also has an error in that Larkin's statistics are listed with American League ranks (which of course makes no sense since Barry spent his entire career in the National League).  The error was uncorrected (to the best of my knowledge) though so it's not a huge deal.
Barry Larkin Larkin Collection Topps Stadium Club 1992