Digging into the Box XIV: Doubling Up on Topps Heritage!

This year, I decided to try my hand at chasing Heritage once again...and unfortunately once again the short prints have been my downfall!  However, thanks to my brother I can at least say that the regular base set wasn't all that hard to nearly complete in a decent amount of time!

How much thanks goes to my brother?  Well, here's a pictorial comparison. 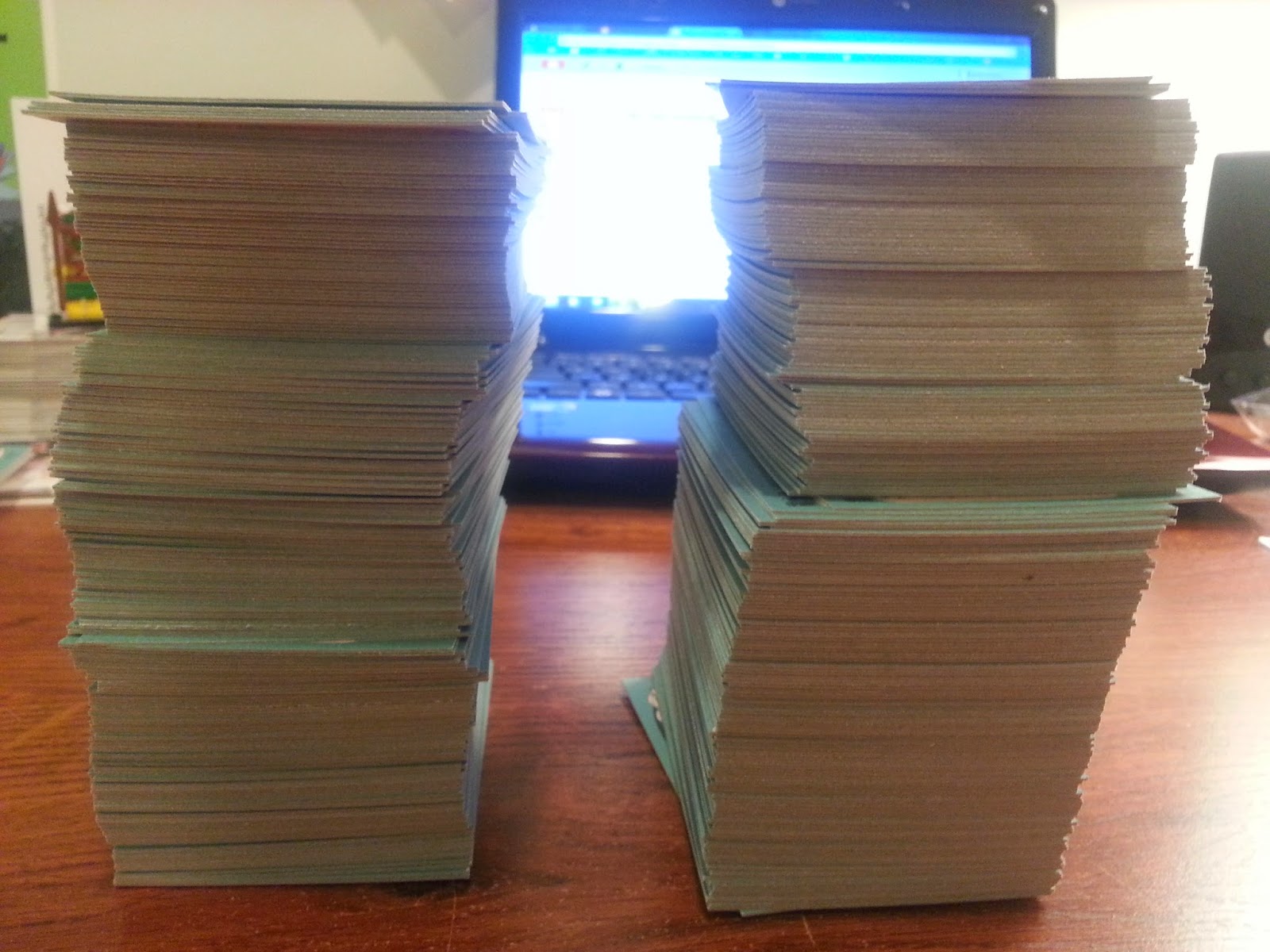 Thanks to that gigantic stack, I'm down to mostly needing short prints in order to finish off my set!  In addition to the base cards, my brother also threw in four of the 1st Draft cards: 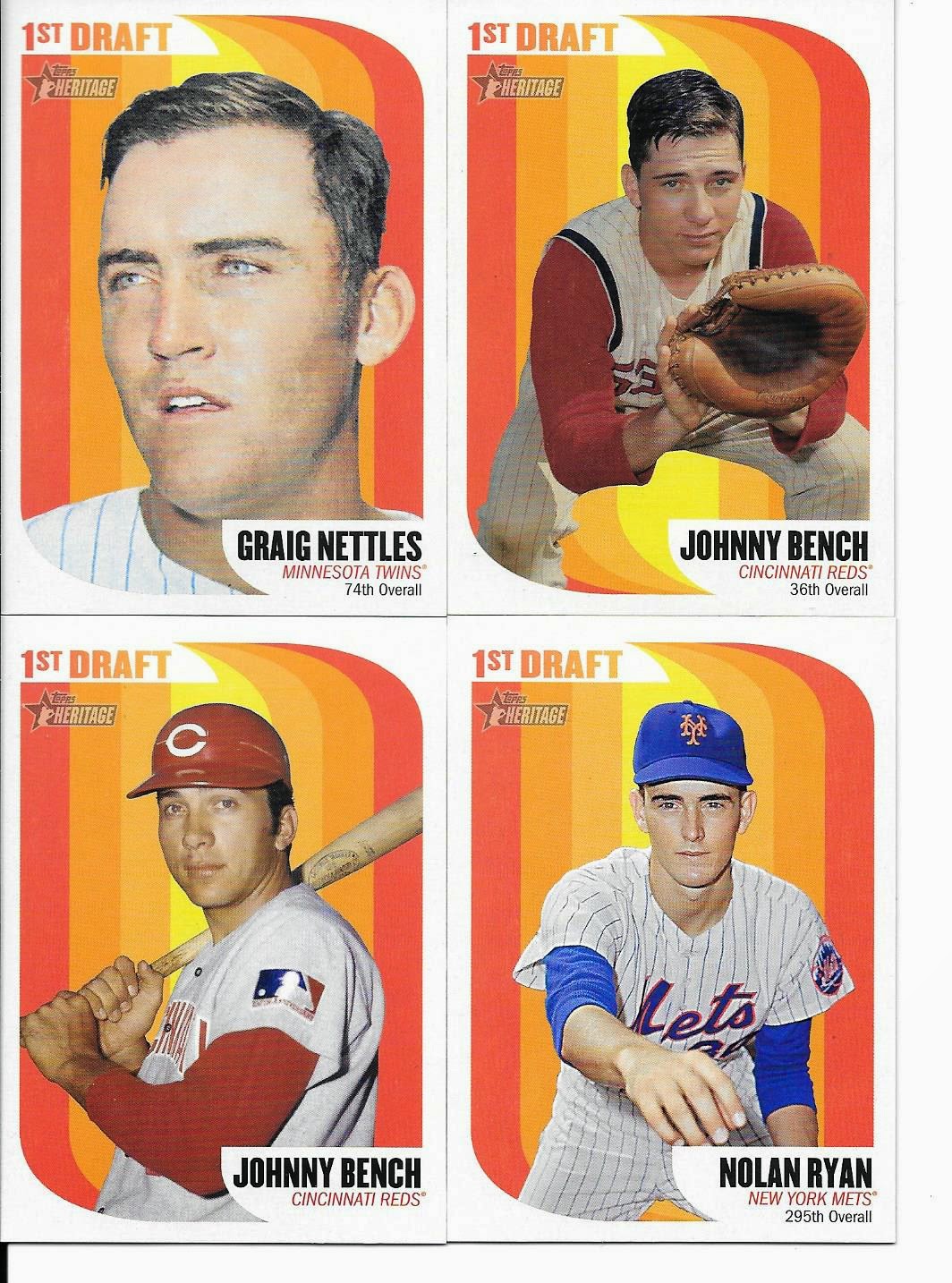 As it turns out, those four cards make up the complete set.  It's weird to have an insert set with only four cards - and to actually only have three different players on the checklist.  Strange - but at least the doubled up player is one of the Reds' all-time greats (and each card has a different image)!  I also like the Nolan Ryan card a lot - not bad four a four card insert set!

In addition to the gigantic stack of cards that I needed, my brother unloaded a bunch of his other Heritage base card duplicates on me which I will hopefully get organized and posted on my for trade page soon (maybe even later today)!

And with that, I'm down to one more stack of cards (though it's a huge stack) in the second of four boxes.  So far, the two boxes have proven to be a lot of fun to go through - a few cards for sets I want, a few cards for my own collections, and some trade bait for all of you!
Delivery Time