Pack Wars III: The Last of the Christmas Packs!

on June 30, 2014
As the post title says, this is it for my Christmas 2013 packs!  I've managed to hold off until June before ripping every last box and pack - that's impressive if you ask me.

What were the final unopened packs?  I ended up receiving a pair of rack packs from my dad for Christmas - both from 2012 Topps (Series Two and Update). 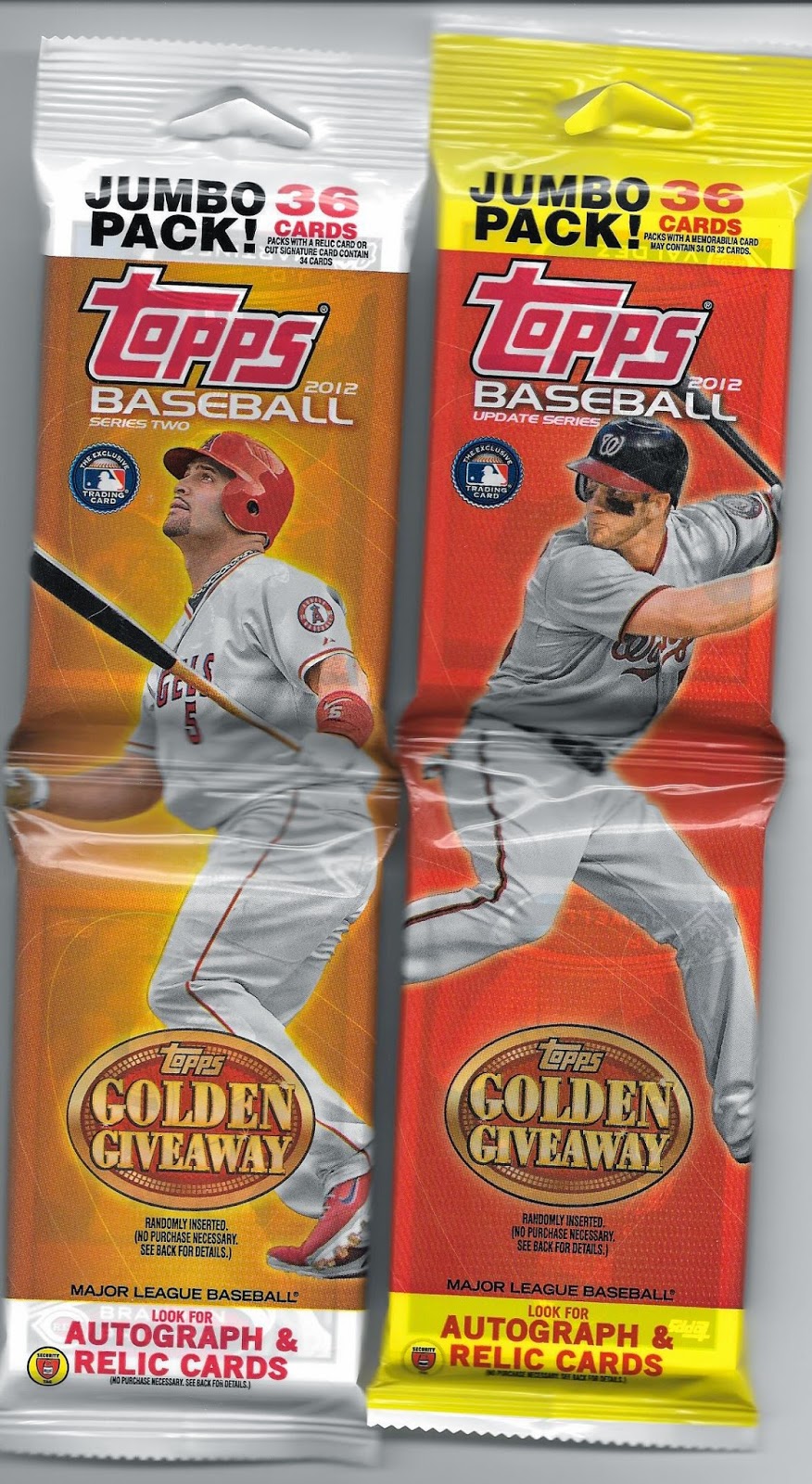 Since both packs contain 36 cards, I figured it'd be fun to have a pack war with the two jumbo packs!

Let's begin the pack war with the upper half of each rack pack.  Will I end up with a relic or autograph out of either pack?  Will I get something so fabulous and rare that this 6 month wait will have been worth it?  I have no idea (though I could guess)...  Let's find out for sure! 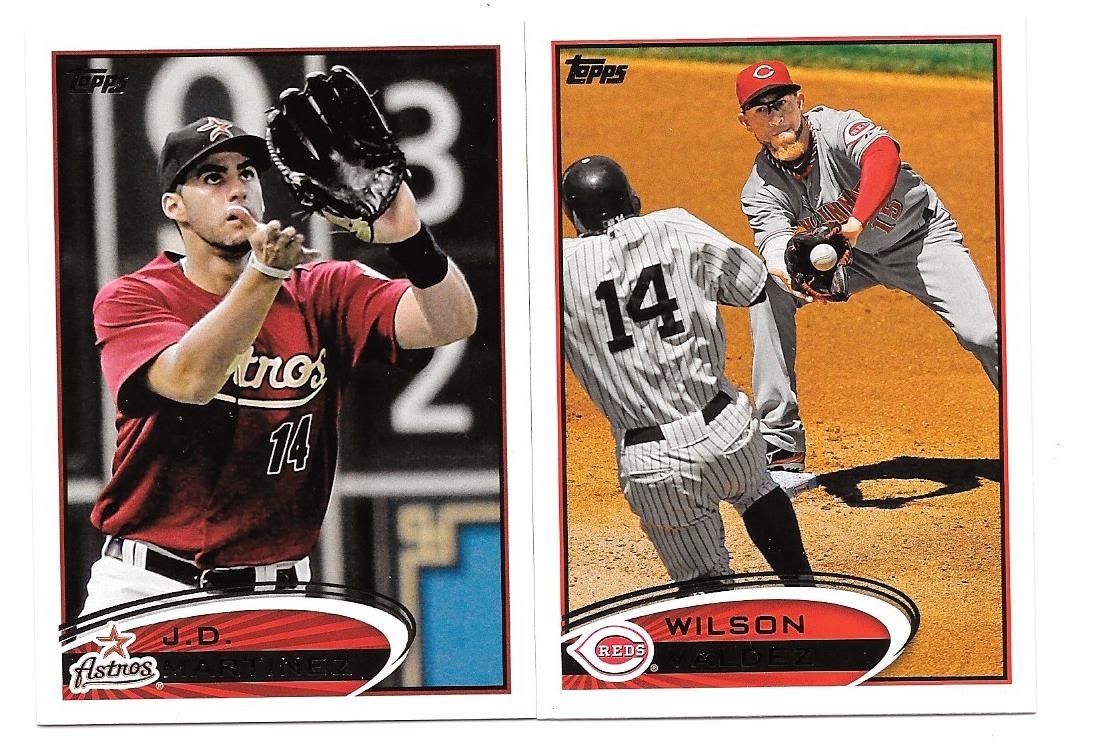 The Update pack begins on a good foot by starting off with a Red (even if it is only Valdez).  A Red will beat an Astro easily - plus a bonus point for Cincinnati goodness upfront!  S2 - 0, Update - 2.

The best thing about Darnell is that the Reds managed to trade him away since he did absolutely nothing for my team.  I can't give him any points so that means Infante wins by default.  S2 - 1, Update - 2. 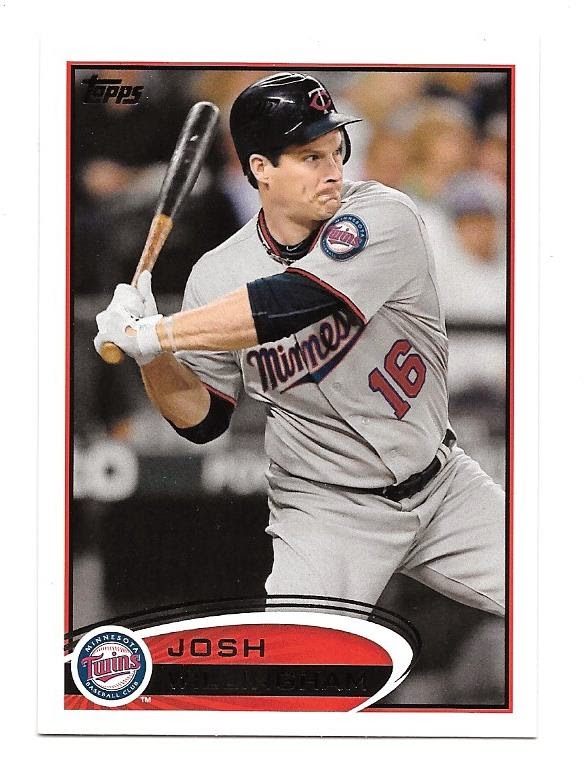 O'Day wins the day since he's featured in midst-submarine-pitch and that's kind of cool.  We are now all tied up at three points each.  S2 - 3, Update - 3. 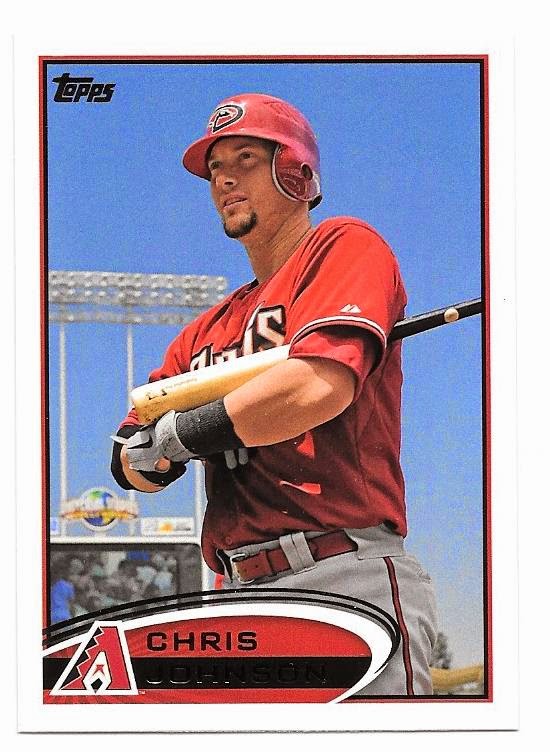 Carpenter isn't a Yankee (like Ibanez) - and this isn't the Carpenter that is a Cardinal.  Therefore, David Carpenter gets the point.  S2 - 3, Update - 6.

The Reds traded Grandal as part of the package that brought Mat Latos to the Queen City.  That seemed like a good idea to me then - and it still seems like it was a good idea now.  Grandal gets the point for helping out the Reds in a roundabout way.  S2 - 3, Update - 7.

We now hit the insert portion of each pack.  Points could really fly here if I pull something great! 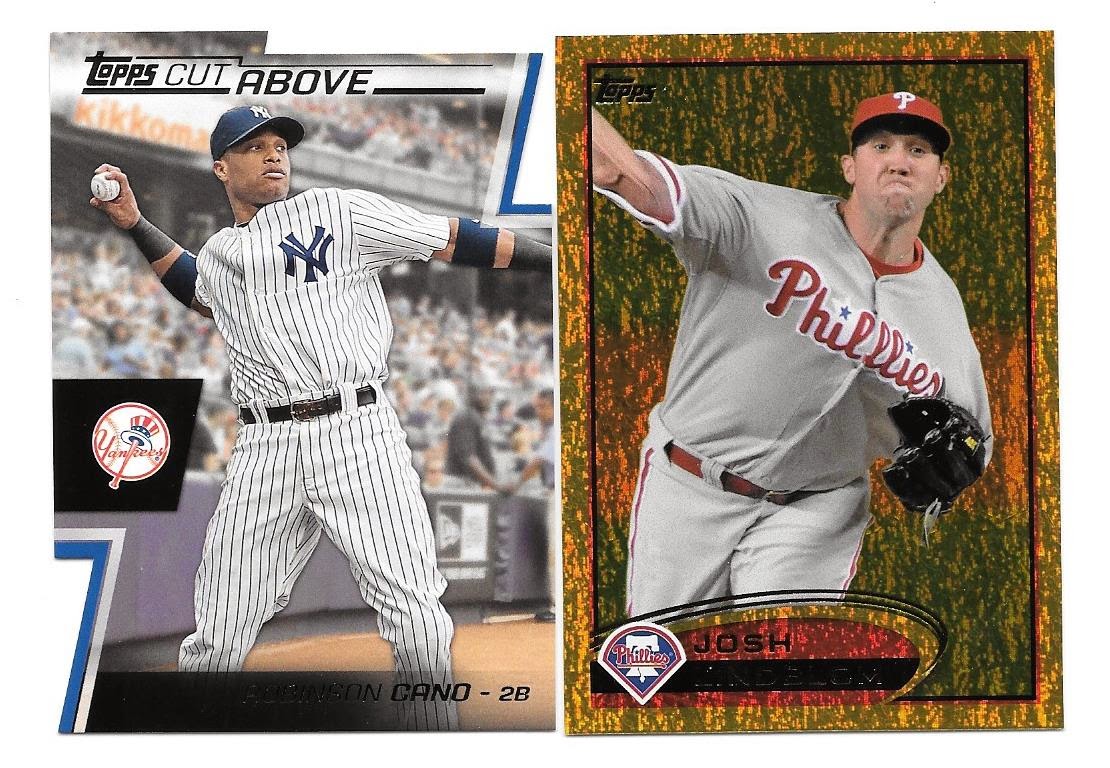 The Cano is a "Cut Above" insert seeded 1:2 packs and is die-cut.  I do like die-cut cards when they are done right (though I can't say this particular card is done right - the die-cutting seems pointless to be honest).  The Lindblom is a Golden Moments sparkle parallel that is also seeded 1:2 packs.  I went crazy for the diamond sparkle parallels a few years ago but the gold parallels don't hold my attention.  I guess the die-cut card is slightly more original, even if it is a Yankee.  S2 - 4, Update - 7. 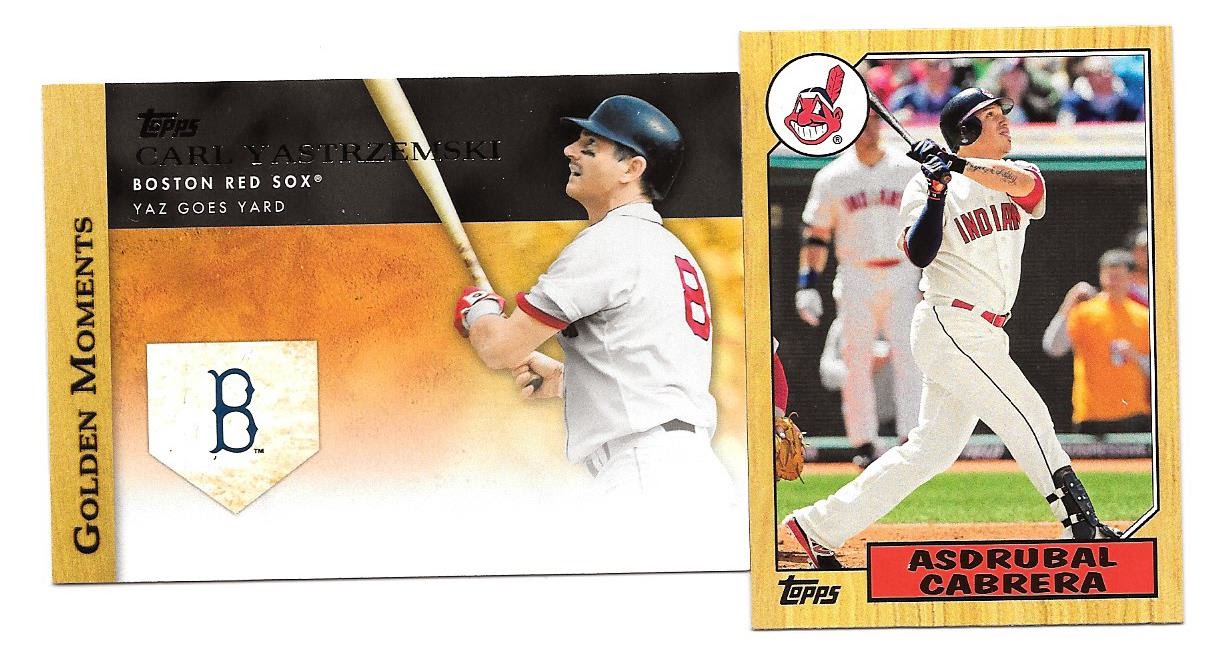 The Yaz card is a Golden Moments insert (seeded 1:2 packs) while the Cabrera card is a 1987 mini (also seeded 1:2 packs).  I don't particularly care for either card to be honest - but the Yaz is probably the better of the two (especially since Topps has ran the mini card idea into the ground).  S2 - 5, Update - 7. 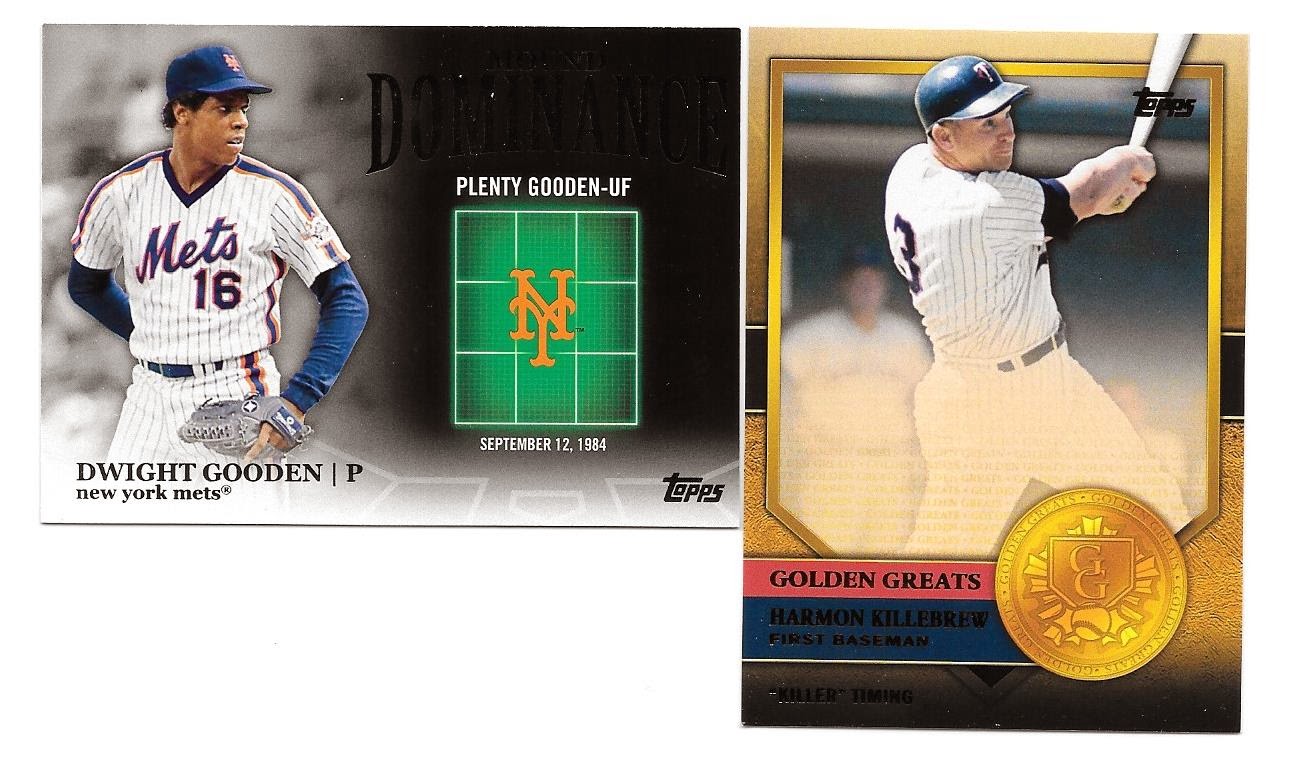 The Gooden is a Mound Dominance insert (seeded 1:3 packs) while the Killebrew is a Golden Greats insert (seeded 1:4 packs).  The Killebrew gets a point for being the rarer of the two cards (and the rarest card pulled so far) but Gooden gets two points for being both a cool looking card and an under-loved former great.  S2 - 7, Update - 8.

A pair of rookie cards do battle - and both from teams that I don't particularly care for (though I dislike the Braves a lot less now than I used to).  I have to give the nod (unfortunately) to the Cardinal Matt Adams since he is definitely the better of the two players in my mind.  S2 - 8, Update - 9. 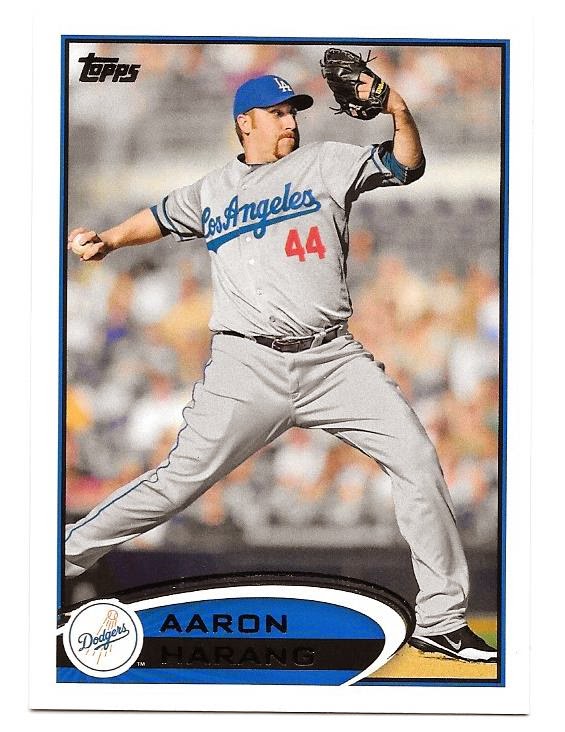 I always liked Harang when he was a Red.  In fact, I usually simply felt bad for the big guy because he pitched for some truly terrible Cincinnati teams (and Harang usually pitched quite well).  I was happy to see his early season success this year - and I'm happy to award him the point for this match-up.  S2 - 9, Update - 9. 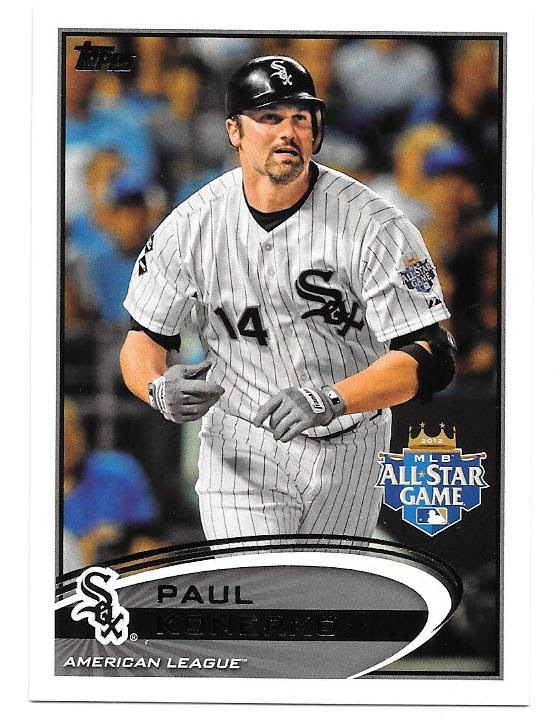 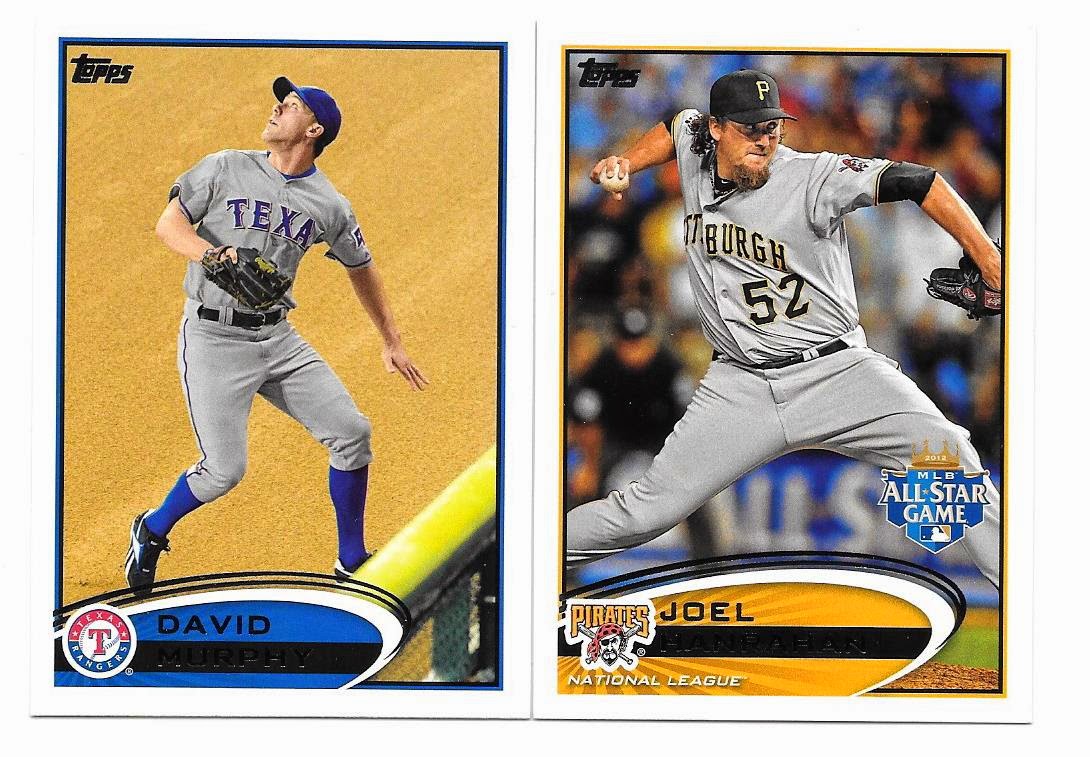 Normally I'd away the Pirate the point but I happen to really like the Murphy image.  It's a great picture from an unusual angle.  S2 - 10, Update - 11.

Trumbo gets the last point for the top half of the rack pack because the Campana came out slightly dinged.  Injured cards usually get no points.  S2 - 10, Update - 12.