on July 27, 2014
Yesterday, I managed to knock out the first half of my second 2014 Topps Allen & Ginter's hobby box.  Today, let's start cranking through the second half, shall we? 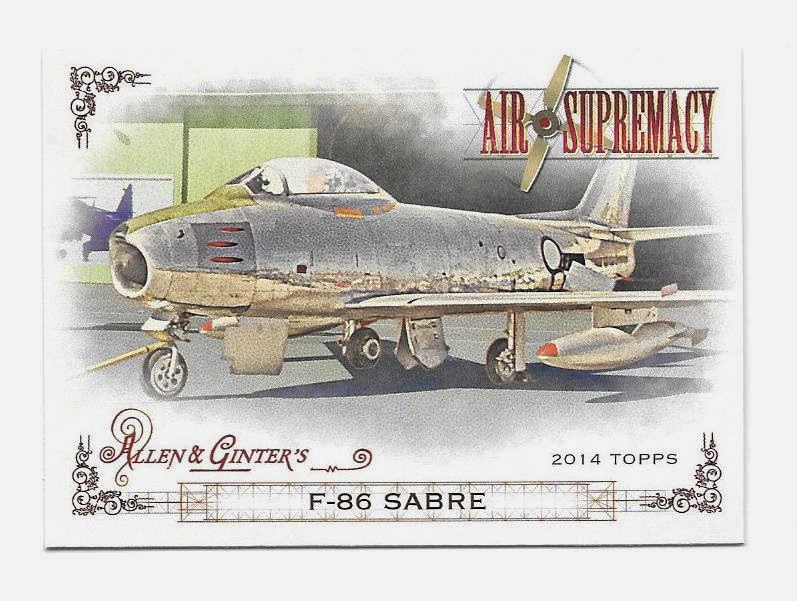 Pack 13 produced my first Air Supremacy card of the box - this one being the F-86 Sabre.    I enjoy learning a bit about each plane in the set but ultimately I prefer boats! 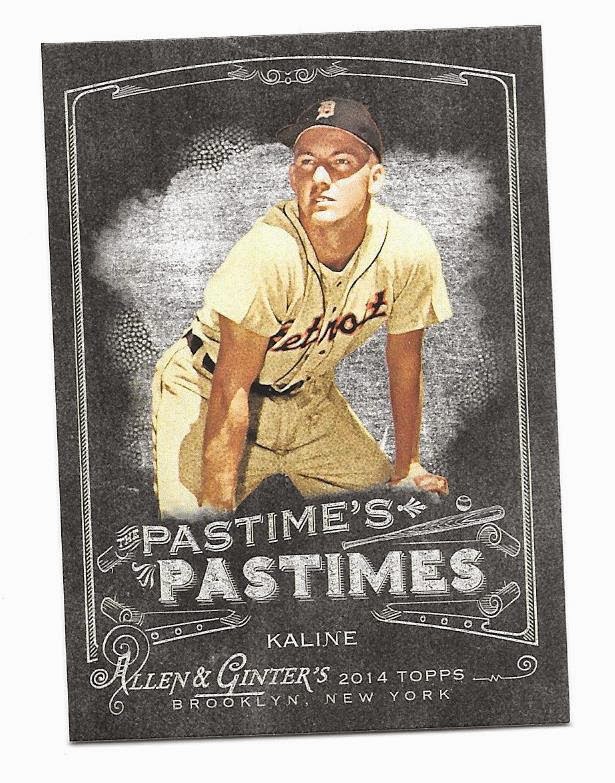 The 14th pack of the box produced a nice Al Kaline Pastime's Pastime card (I'm impressed that I still like this insert set seeing as how you get a card from it in every other pack on average).  The set is a lot nicer than the similar Hometown Heroes of past years. 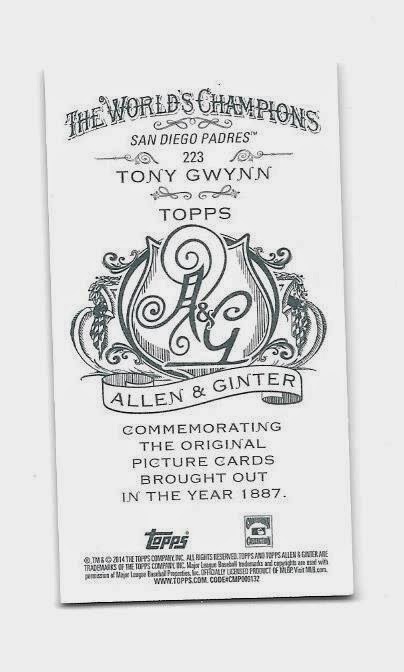 The other card of note in the pack was this Tony Gwynn A&G back mini. 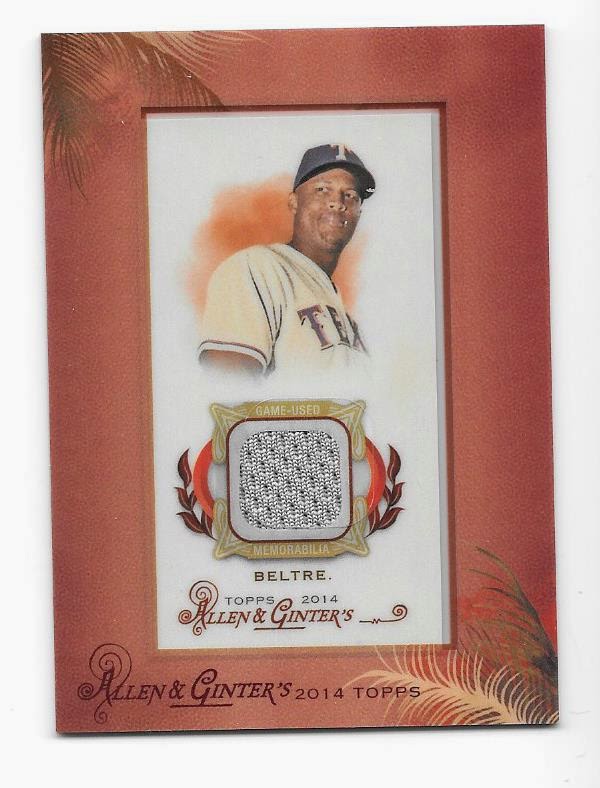 The second hit of the box ended up being a framed relic of Adrian Beltre.  The framed relics are actually really tough pulls this year (1:174 for Version A and 1:175 packs for Version B).  Unfortunately, I don't think the secondary market treats them as rare - but I'll probably find out for certain when I list this card on eBay (assuming no one wants to trade for it since there are so few Rangers fans out there)! 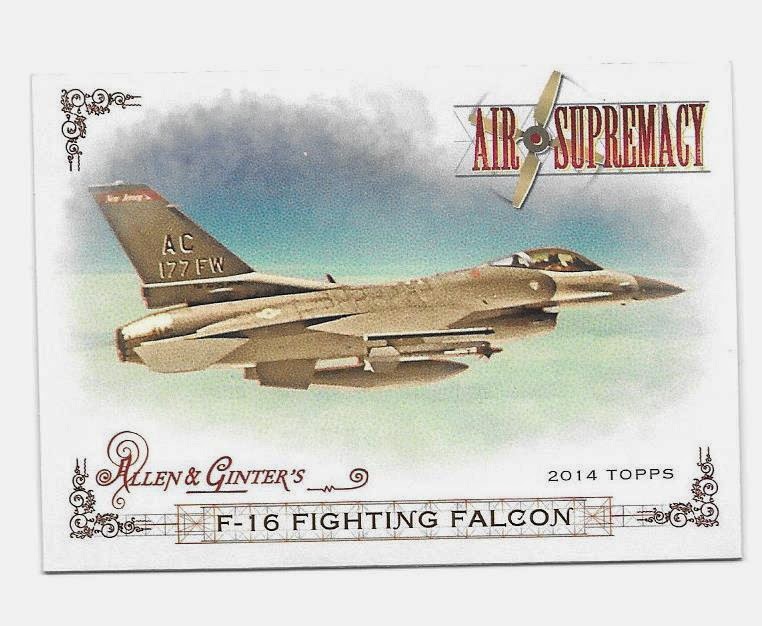 Pack 16 had another Air Supremacy card (F-16 Fighting Falcon) in it which is appreciated. 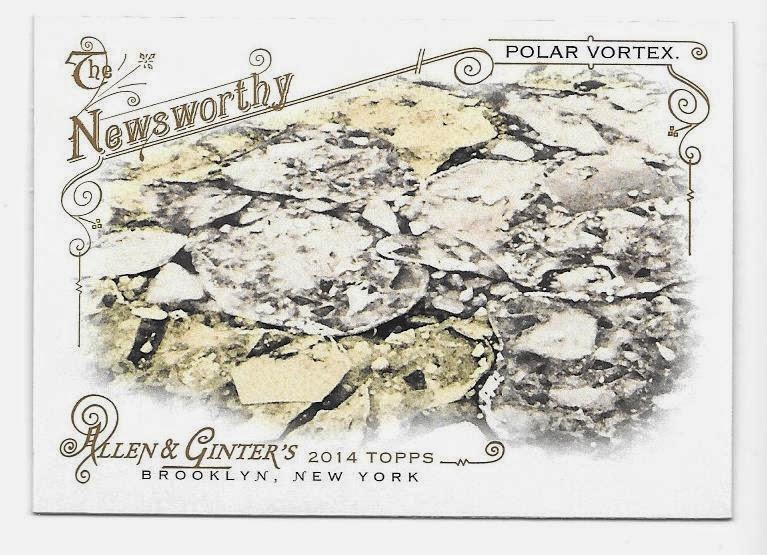 That said, my real favorite card of the pack was this base short print of the Polar Vortex.  I hated last winter (thanks to the aforementioned Polar Vortex) but it's still a kickin' card to own.  Good stuff by Topps, I only wish there were more truly oddball things like this in the base set!