on July 29, 2014
By posting only the highlights of my box, I will have managed to complete half a box in a single day!  That's impressive for me - and it sure has saved a lot of typing.  Tonight, we open packs 13 - 18 out of the third Allen & Ginter's hobby box.  As I've done throughout this box, I'll show off the cards of note!

Unlike last time, I did manage to get a single mini insert in this batch of cards (a Where Nature Ends card of Winslow Homer). 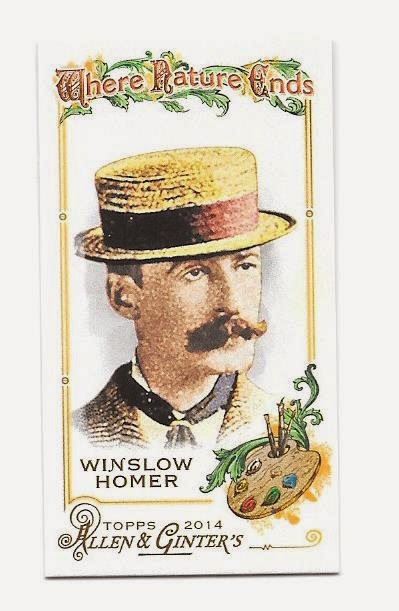 Through 18 packs of this box, I've pulled exactly ONE mini insert!  I have no idea why that's been the case...but I do know that I hope the last six packs are full of mini inserts or I'll be quite sad indeed.

My non-insert minis included four regular backs (not shown since Jayson Werth short print was probably the so-called highlight of the group) and a single black bordered mini of James Andrews. 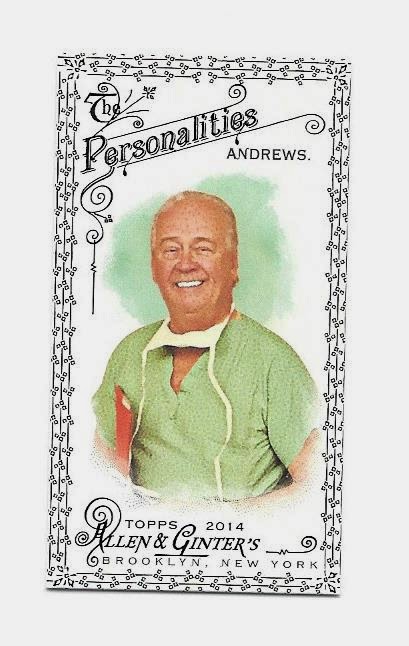 I don't think any baseball fan wants to hear Andrews name in regards to their team (it usually means your favorite team just lost a pitcher for the season) but the guy must know what he's doing as he is always in the news!

What's strange about that Andrews black bordered card is that it is the SECOND such card that I've pulled from this very box!!  As I said earlier, this box has been a huge disappointment so far...and I'm beginning to think there's nothing that will save it short of maybe a rip card (fat chance of that happening).

Moving on to less annoying things, I did pull a couple more Air Supremacy cards:

Those two Air Supremacy cards make for a total of FIVE different airplane cards pulled in this box alone to date.  Sheesh.  The collation for this box is all kinds of terrible.

And another World's Capitals card of Bangkok (a card that I pulled in a different box unfortunately). 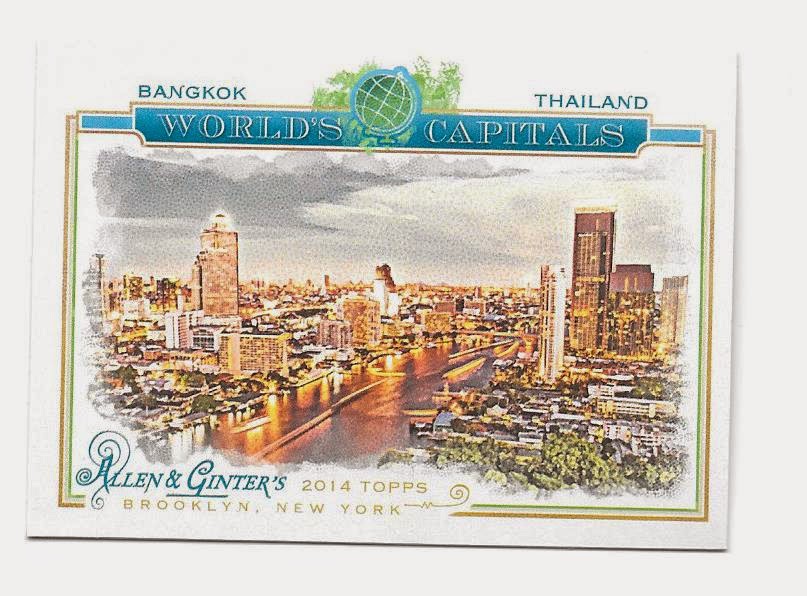 Finally, I pulled my second hit of the box - and for me it's just as underwhelming as the first... 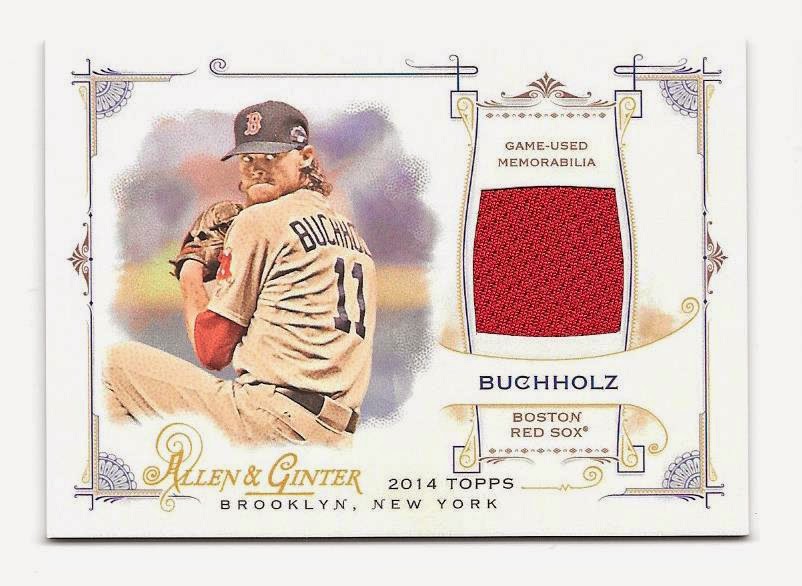 It's a nice bright red bit of cloth but I can't say I have any interest in Buchholz.  This one will probably be going to out to Adam.
Allen and Ginter 2014