on July 30, 2014
If there was ever a time to have buyer's remorse for a purchase of a box of cards, this would be it.  Through 18 packs, I have found two hits (one Yankees, one Red Sox), duplicate black bordered minis of James Andrews, 5 Air Supremacy cards, and a measly one mini insert.  Needless to say, the collation has been atrocious - and it's surprising since my first two boxes both had great collation (even if the hits left something to be desired).  Will the final fourth of the box redeem the purchase or will this go down as one of the worst boxes of A&G that I've ever opened?

Only one way to find out.

I was hoping to get some more mini inserts in the final six packs since I had only received one up until now.  As it turned out, I landed three inserts which meant I had three "regular" minis as well. 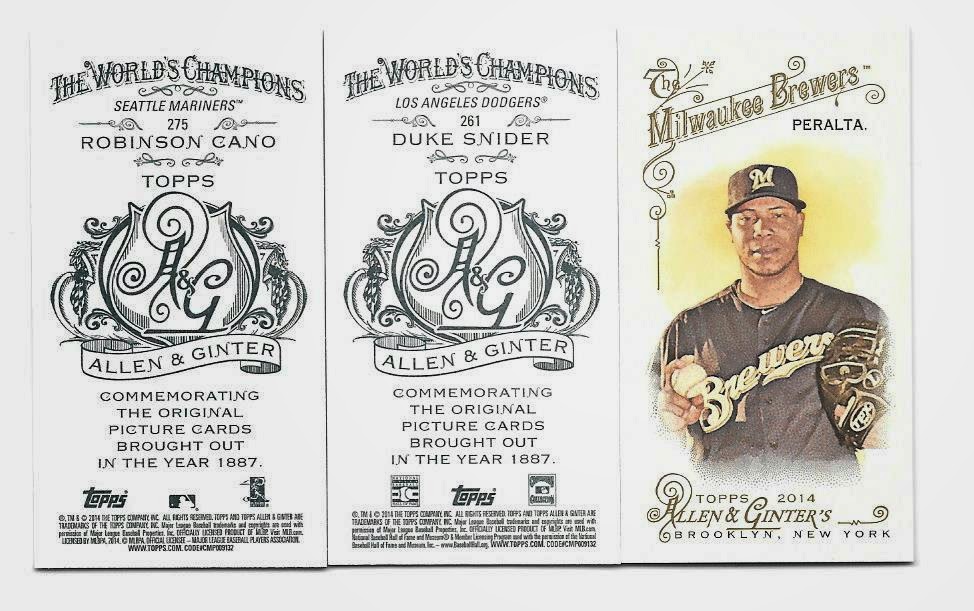 It wasn't all bad news there either as the one regular mini was a short print (Peralta) and the other two minis (Duke Snider and Robinson Cano) were both A&G back minis.

Now, on to the mini inserts (one of the reasons I always love Ginter)!  First up, an Into the Unknown card of Christoper Columbus. 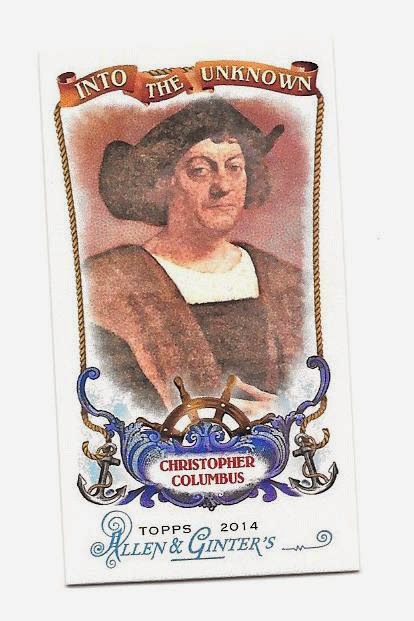 I love, love, love that card.  It's a great piece of cardboard - and I can't wait to try and finish up the set via trades!

The final two minis both belonged to the same set:  World's Deadliest Predators. 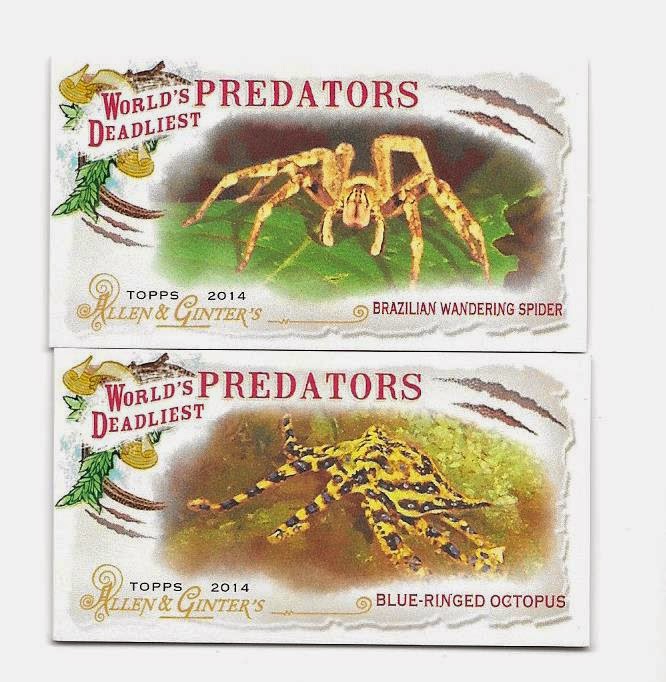 For some reason, I thought the WDP cards were seeded one per box but that obviously wasn't the case with my box.  Unfortunately, I already own the Octopus from a previous box but hey, it's trade bait which I can hopefully turn into one of the missing cards from the set so all is not lost there.

Now, let's shift gears and look at a few of the regular sized cards (including the final hit of the box).

First up, a single World's Capital card of Paris. 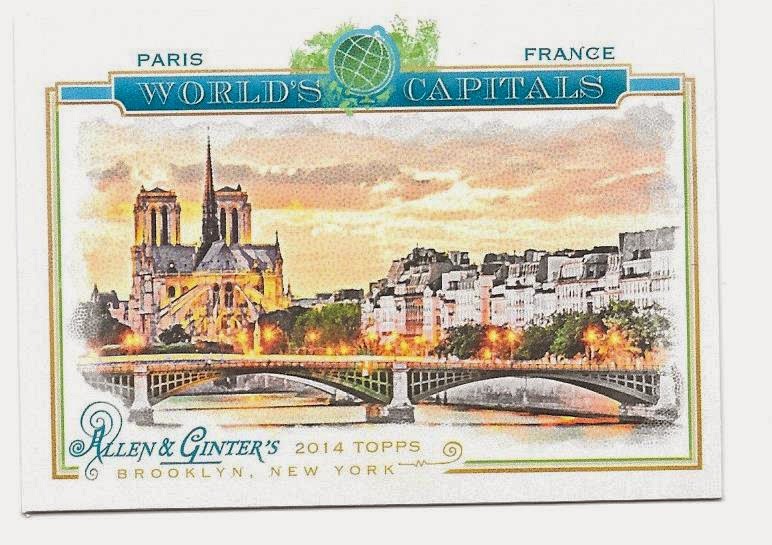 That is the third World's Capital card that I pulled in the box which is about right I think.

I also received a single Festivals and Fairs card. 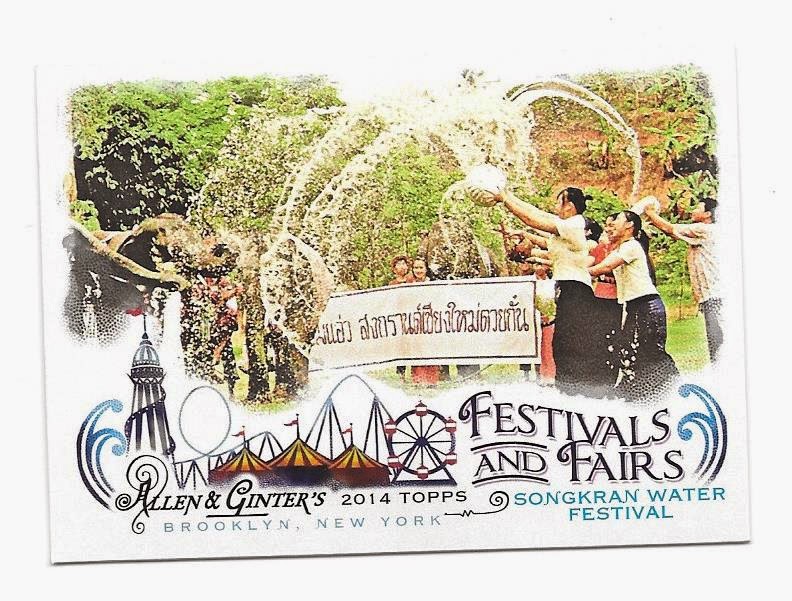 The good news here is that the Songkran Water Festival is a new card for me (yay!).  The bad news is that this is the lone Festivals and Fairs card from the box.

All of that leads up to the final card of the box that I'll show off here - the third hit.

Was it a good one?  Did it make up for the Yankee and Red Sox hit the preceded it?

In two words.  Absolutely not. 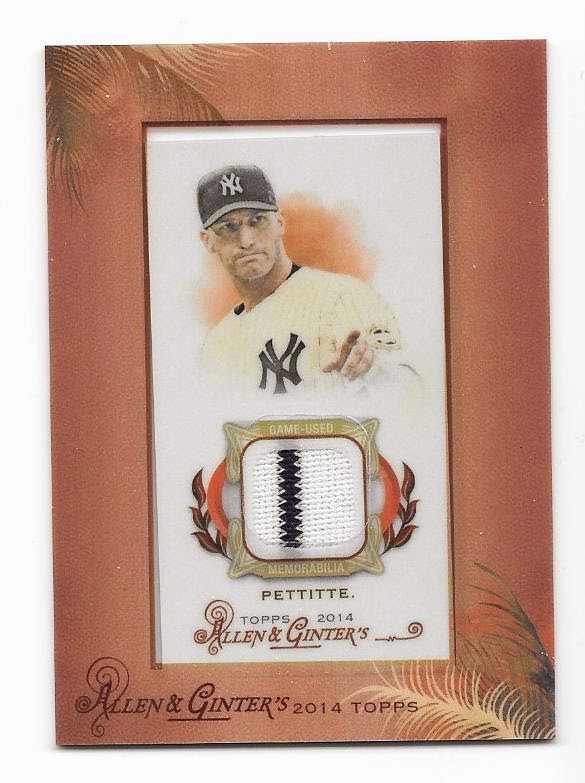 Yeah, another freaking Yankee, though at least this one is framed (and therefore tolerable in my eyes).

Yep, this box was crap.  I guess you can't win them all...and speaking of winning, I have one box left over which is going to be used for Gint-a-Cuffs.
Allen and Ginter 2014