on July 26, 2014
I hope your Saturday is going well.  My last few weeks have been all sorts of crazy.  For one, I got a new job (not sure if I've mentioned that on my blog yet).  Two, it looks more and more likely that my wife and I are going to be moving in the near future (which means so much packing needs to be done).  And finally, I've been in the middle of a four box 2014 Topps Allen & Ginter's box break!

Let's keep the good times rolling...and let's unpack more packs (before I have to re-pack everything up)! 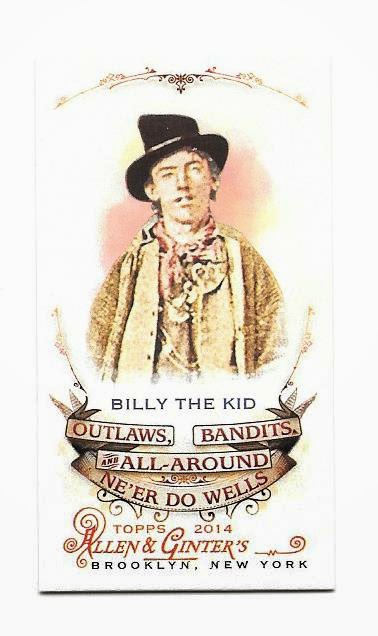 We begin with a solid pack - two inserts that I needed!  The mini is of Billy the Kid - which I didn't realize he really was just a kid (he was shot and killed at the tender age of 21). 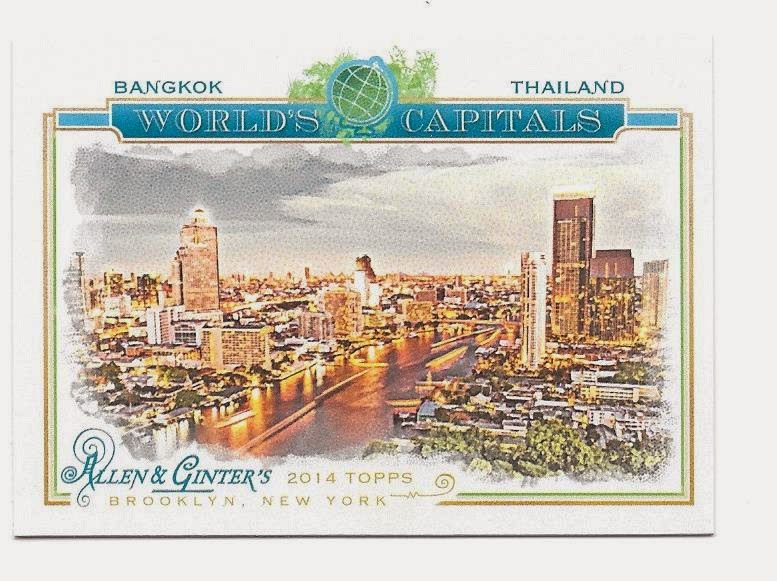 The other insert is another World's Capitals card (this time of Thailand).  I've never been to Thailand but perhaps someday I'll make my way there! 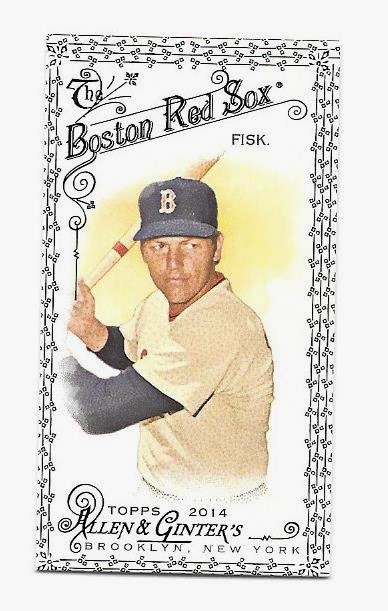 Pack 10 produced my third black bordered card of the box (!) - a really nice Carlton Fisk.  This one will probably be headed to Mark! 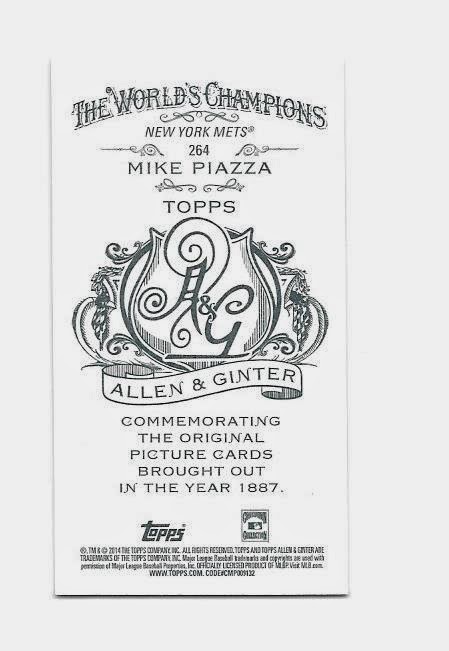 Another solid pack - this time it's an A&G back mini of Mike Piazza that makes an appearance... 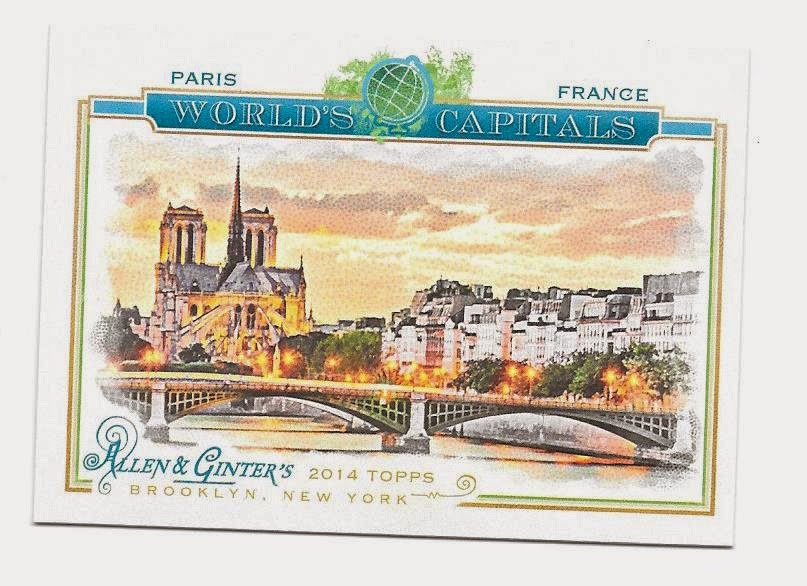 ...along with another World's Capitals card (Paris).  My wife is dying to go to Paris and if I had to guess I would say we will end up in France well before we ever get to Thailand.  Of course, if we do end up moving we won't be doing any foreign trips any time soon! 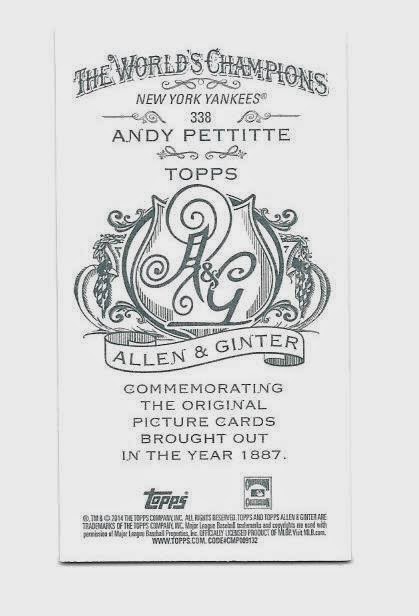 Pack 12 was rather Yankees heavy which normally would mean I wouldn't bother scanning anything.  However, when one Yankee is a short printed A&G back (seeded 1:65 packs) you have to show it off.  Plus, someone might want this card!

Not a bad bunch of packs - in fact, I'd say so far I'm much happier overall with this box than I was with my first box.  Even better, there should still be two hits lurking - I'm definitely hoping one of them is a rip card!
Allen and Ginter 2014