on July 27, 2014
Only eight packs remain in my second (of four) 2014 Topps Allen & Ginter's hobby box.  I've found two of the three promised hits...still holding out hope that the third is a rip card!

A Kolten Wong mini (Cardinals, yuck) and a Luray Caverns Natural Wonder card (that I've already pulled in a previous box) made for a boring pack that wasn't worthy of a scan. 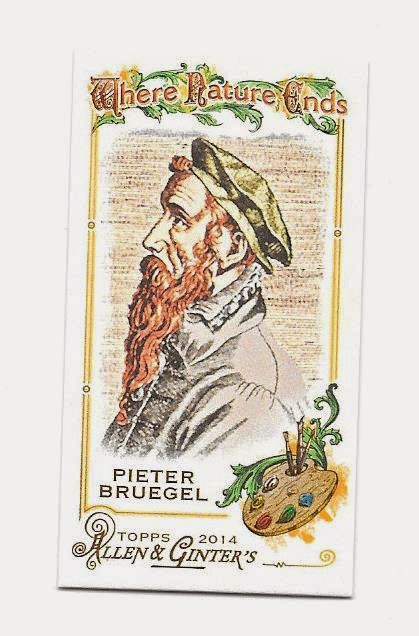 That's more like it!  Another mini insert - this one being Pieter Bruegel - an artist who often featured peasants from the 16th century in his works.  Ok, so that's not the most exciting description but hey, it's a mini I needed so I'm happy! 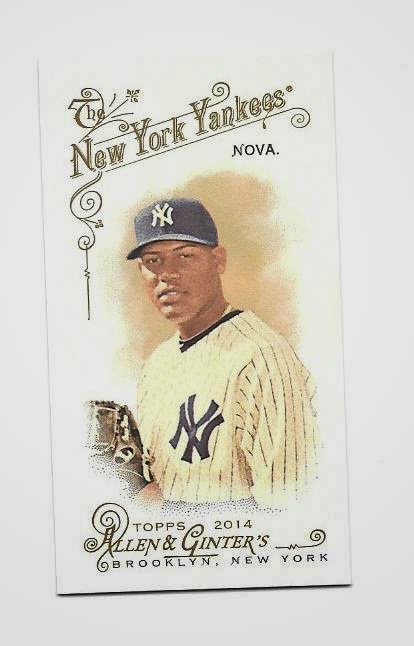 Another copy of the Fields of (so-called) Yore card of Wrigley Field.  I've already made my feelings on that designation clear in a previous post.  The only other card of note was the Ivan Nova regular mini short print.  I almost didn't even scan it since it was a Yankee...but given the poor selection out of the packs in this post so far I felt compelled to add another image! 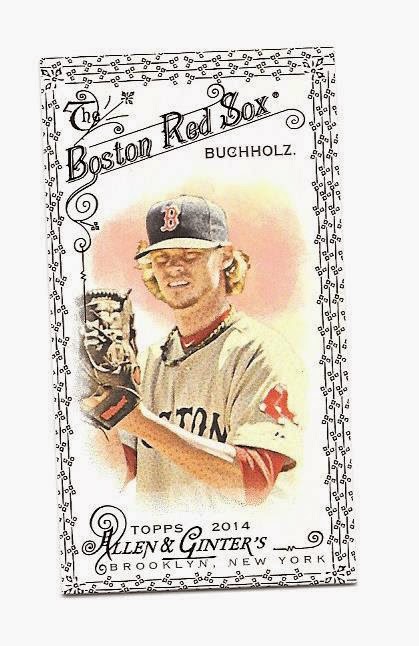 A black bordered Clay Buchholz was alright I guess (and probably on its way to Mark). 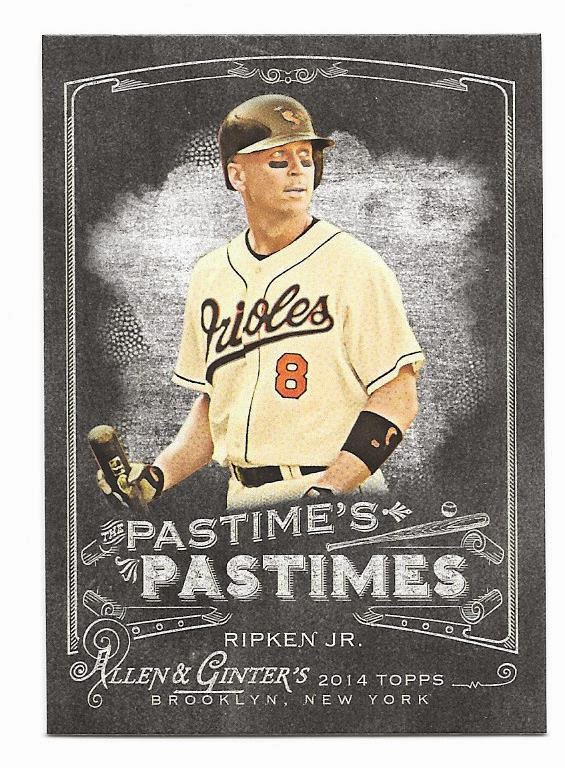 For me, the highlight was the Cal Ripken Jr. Pastime's Pastimes card.  I like me some Cal Ripken - and since it's a card I still needed for my set it was doubly good!

All things considered, those weren't the strongest four packs.  I haven't exactly broken the bank so to speak with my boxes...but there's still time to turn things around.  After all, last year I pulled a Pele autograph so maybe I can have lightening hit twice!
Allen and Ginter 2014