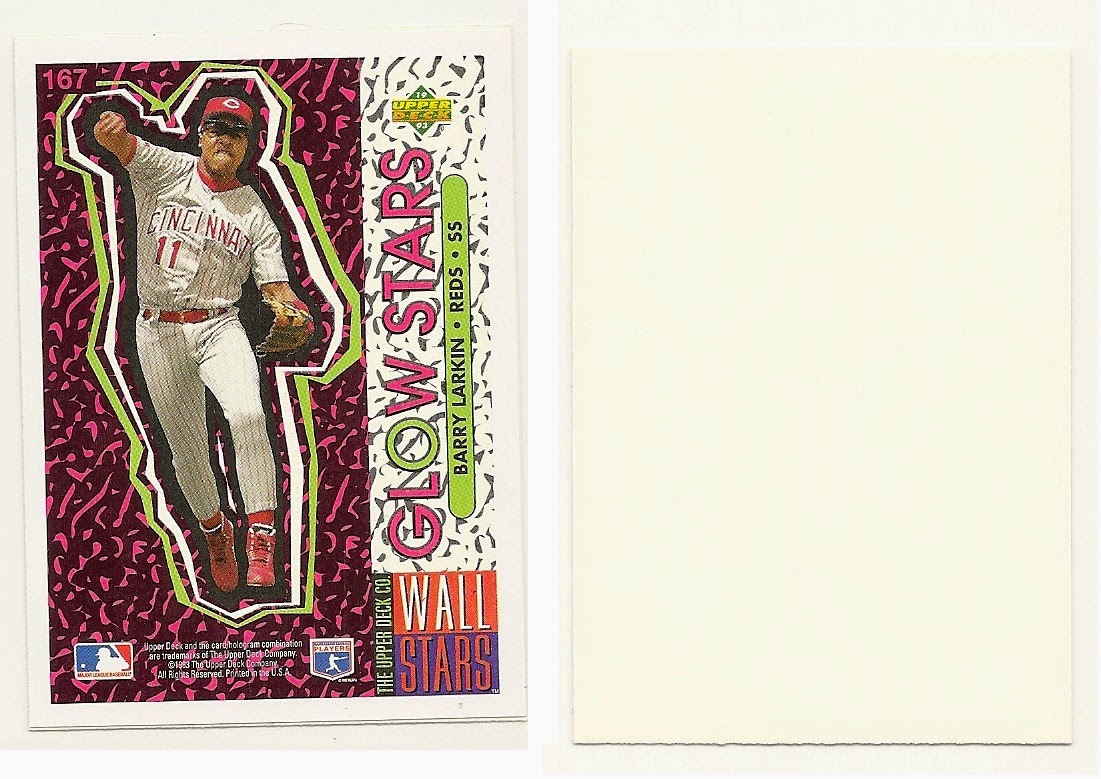 The 1993 Upper Deck Fun Pack set had two different Barry Larkin cards in it (you can see the "regular" card here).  As for the Glow Stars subset?  Well, we'll start with the bad - the back of the card.  There's NOTHING there.  I can't imagine putting together the full 1993 Upper Deck Fun Pack set in a binder - you'd have random black backs all over the place since the Glow Stars are distributed throughout the base set.  On the other hand, the front of the card is kind of cool - and yes, it actually glows in the dark (though I admit I never tried to see if my card still glows in the dark over 20 years later).

I file this particular card into the "different but once is enough" category.  I don't think there's any good reason to have glow-in-the-dark baseball cards...and certainly not if that means the backs of the card have to be totally blank.  That said, I will admit that this is one of the more unique cards in my Barry Larkin Collection, so there is that going for the card!
Barry Larkin Larkin Collection Upper Deck Fun Pack 1993