on July 28, 2014
It's hard to believe the end of the second hobby box of 2014 Topps Allen & Ginter's is here already.  Even more disappointing to me, the end of the summer is rapidly approaching for me - I go back to work in about three weeks!

Let's not waste our Monday morning dwelling on negative thoughts though - let's rip packs and have fun instead.  I'm still looking for one more hit out of this box - maybe it's going to be a rip card?  *fingers crossed* 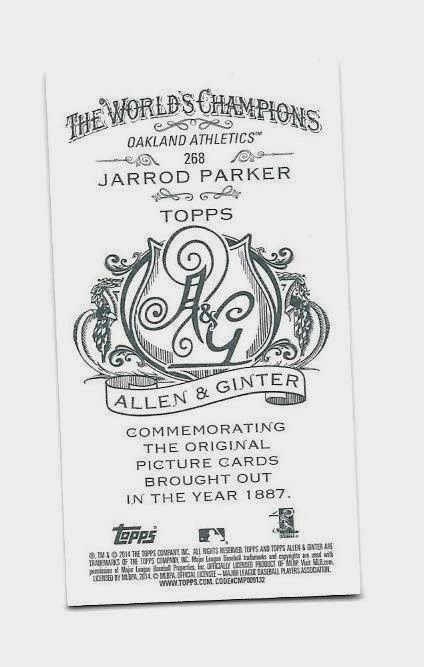 Another Shilin Stone Forest Natural Wonder card made an appearance but I pulled that one already in the last box.  The Jarrod Parker A&G back mini is nice enough I guess to "save" the pack.  It's a bit interesting that through (almost) two full boxes I have yet find a hand-numbered or serially numbered card! 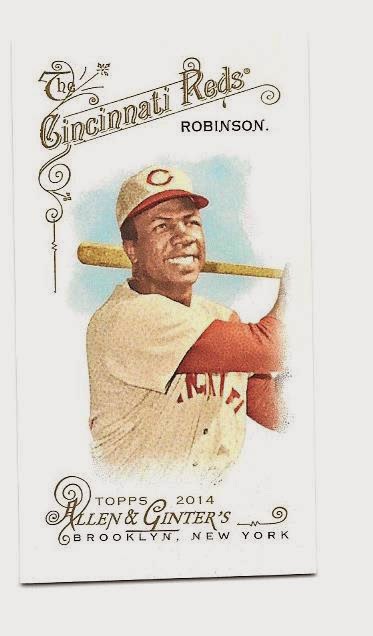 I love the Frank Robinson (regular back) mini card a lot!  However, that wasn't the only treat in Pack 22...there was also my third hit: 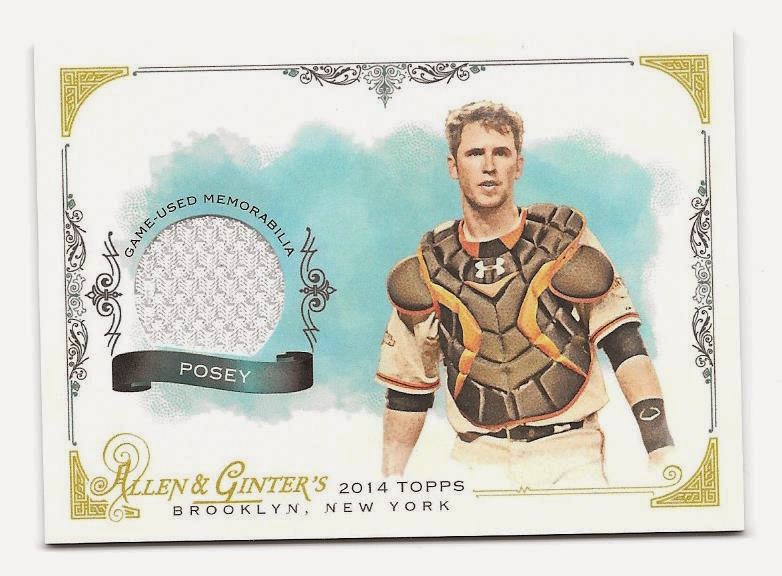 Yeah, it's not a rip card...but it a card of one of the game's best young players.  Unfortunately, Posey hit the grand slam against the Reds that knocked Cincinnati out of the playoffs a couple of years ago and I've never quite forgiven him.

A Billy Williams regular backed mini card was the best option here...not worth scanning in my opinion. 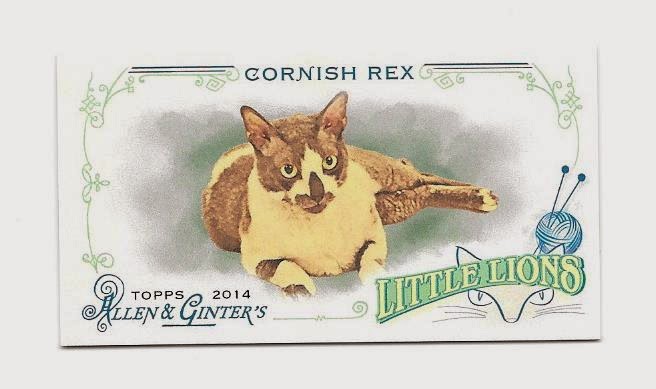 The final pack of the box produced a Festivals and Fairs insert (of Carnivale which I got last box) and a mini Little Lions insert of the Cornish Rex cat (which I previously pulled in a retail pack).  It could have been a great pack to end on but unfortunately duplicates are lame (especially when I'm still missing the vast majority of both sets)!

I was also really hoping to pull a rip card this year after getting shut out the previous TWO years in my cases.  Why I should think that I'd get a rip this year with only four boxes when I didn't get one either of the previous two years when I bought full, unopened cases is beyond me...but hey, a guy can hope right?