An Ode to the Bloggers Among Us (Specifically Jaybarkerfan)

on December 22, 2014
There are a select few individuals who have what I would consider a true blog personality.  For example, Night Owl is definitely a master wordsmith who can turn something as trivial like a "thank you post for cards" into a 2,000 word soliloquy about the wonders of a 1970s something mini.  I'm lucky to get 300 words and a single comment for such ventures.  Another example would be Nick over at Dime Boxes.  He, too, has a way with words and can turn even a rather mundane topic (to me at least) into an interesting read.  I'm definitely jealous of both of their writing talents.

There are also a bunch of bloggers out there who have a trading personality.  Some, like Mark H. are known as great traders with packages that almost always contain vintage-y goodness.  Others, such as Wes (aka JayBarkerFan) are just as generous but with more modern cards!

Today's trade post is courtesy of the aforementioned Wes - for sure one of the most generous bloggers around!  In a fun turn of events, I see that Wes also recently sent Nick a package of cards - I must have been the next in line (for reasons that are about to be obvious). 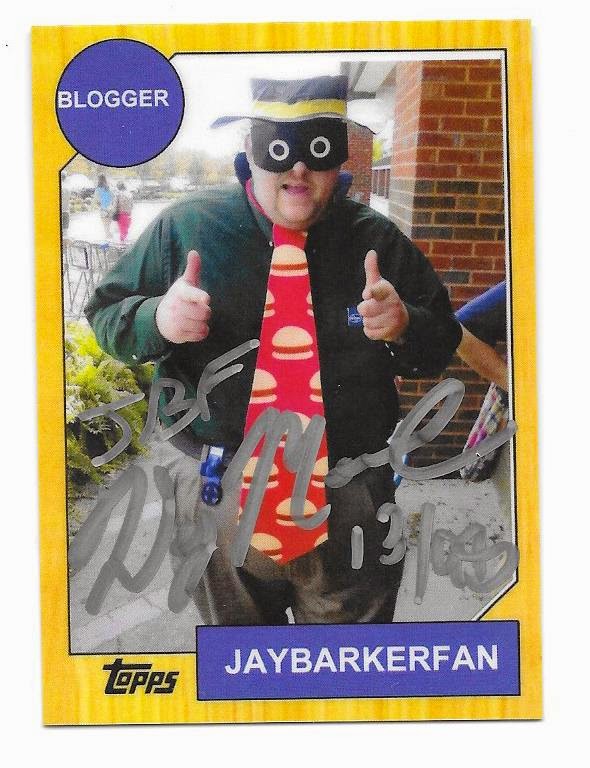 That's right, Nick got Wes' personal card hand numbered 12/98.  I got the next one in line #13/98.  I'll take it since #13 is one of my "go to numbers" whenever I need to pick a jersey number for some sort of sporting event (which is basically only beer league softball at this point in my life)!

Unfortunately for all of us in the blogosphere, Wes recently announced he was hanging up the proverbial keyboard in terms of keeping up with his blog - but he obviously hasn't quite given up mailing packages out since I was a recent lucky recipient!

In addition to the custom card, Wes included a bunch of assorted Reds' goodies for me.  The highlight, in my opinion, is this "authentic ticket stub" card of Joey Votto which happens to be numbered 010/110 on the reverse side. 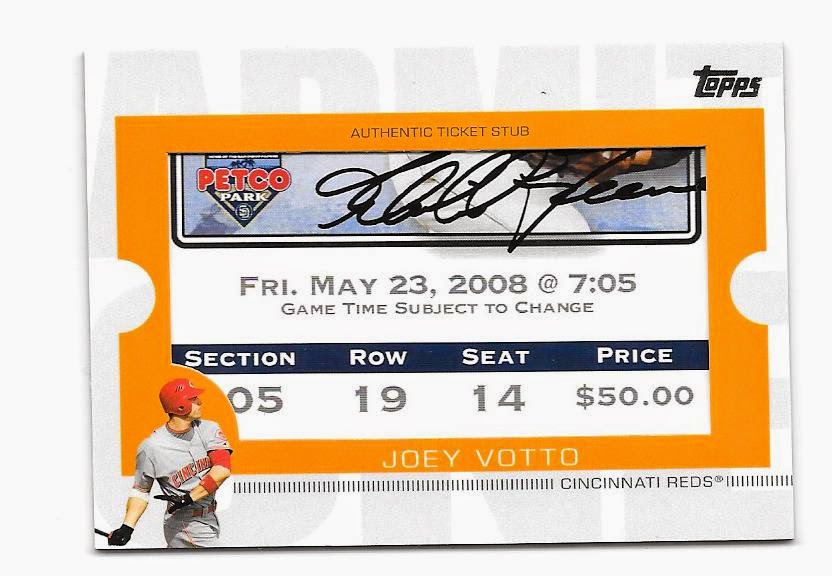 The only question I have about this is how do you actually get an authentic ticket stub any more?  Any big league game that I've gone to has always forced me to print my own tickets on computer paper.  That's not much of a keepsake...nor would it look good in a cut card!

Some of the other goodies from Wes include this super shiny Johnny Bench card. 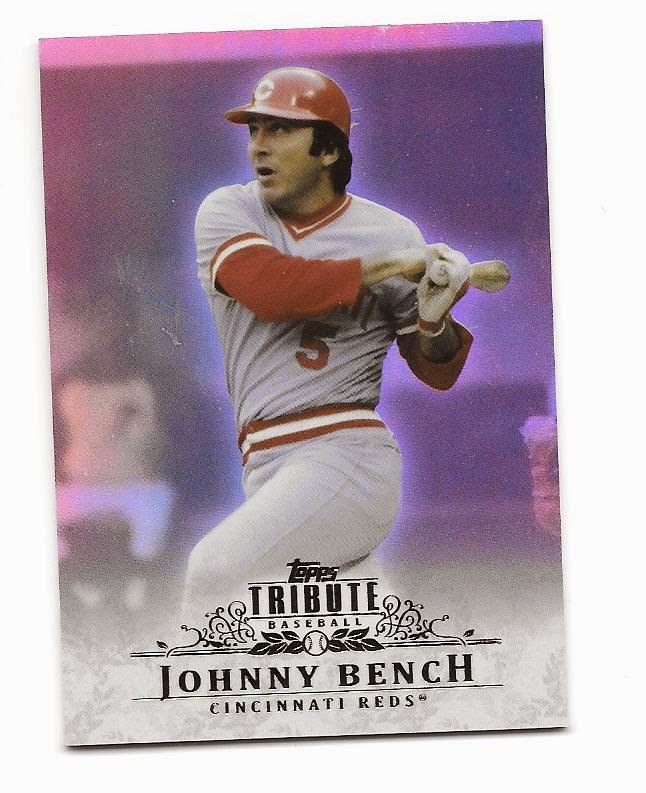 I never buy Topps Tribute / Triple Threads / Other Expensive Set Name Here so whenever I get a card from one of those high-falutin' sets in a trade I get a bit giddy.  The Bench was no exception to me having a case of the happy dance.

Finally, we bring it back around to the low(ish) end of the card spectrum with Bowman Platinum. 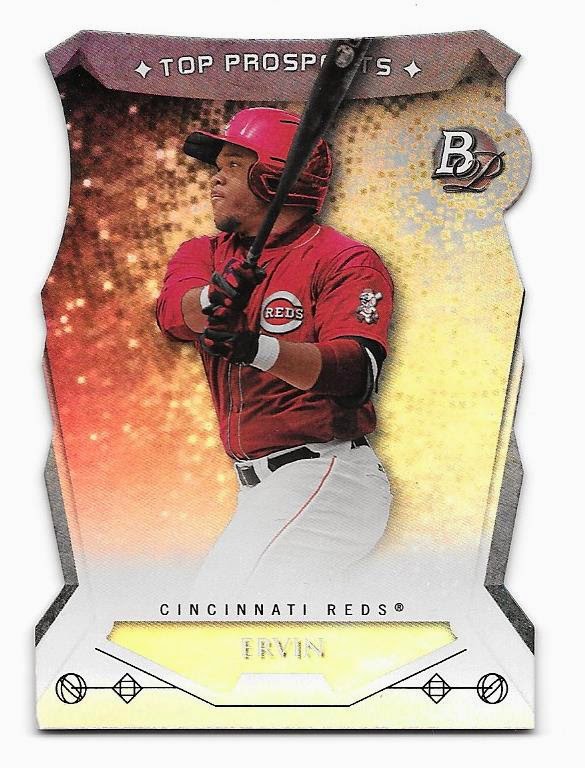 That set sounds fancy but I don't think it is...I wouldn't really know though because I avoid all things Bowman 99.9% of the time.  I won't, however, avoid that die-cut card of a Red I've never even heard of (my big beef with Bowman).  I like shiny...and die-cuts...so this is a winner to me (and brand new to my collection)!

Thanks a ton Wes - and you will definitely be missed on the blogs!  I also hope that this post had at least enough substance to hold the jock strap of the better writers out there...maybe someday I'll learn!  There's hope for me yet...
Delivery Time Jaybarkerfan's Junk