on December 31, 2014
It's finally time to start ripping the various boxes open in the final group break for 2014.  I've been waiting a long time for the break to fill (and in that time I managed to rip a few of the bonus packs)...but now that the break is all filled up it's time to get to the main event.

I decided to start with the box with the most cards - 2013 Panini Triple Play.  I've never actually opened a pack of the stuff, let alone an entire box so I didn't know exactly what to expect.  All things considered, I was mostly pleased with the first eight packs.

What did we get?  Well, you'll have to watch the video...or I suppose you could look at some of the scans for the main highlights.  Your choice!

We'll begin by looking a small sampling of base cards just so everyone knows what the product looks like.

The set is definitely stylized, and as such, probably not for everyone.  However, I have to admit that even during the course of the opening the eight packs the style grew on me - and the cards feel good in hand.

Moving onto the inserts, each pack (so far) holds a sticker card. 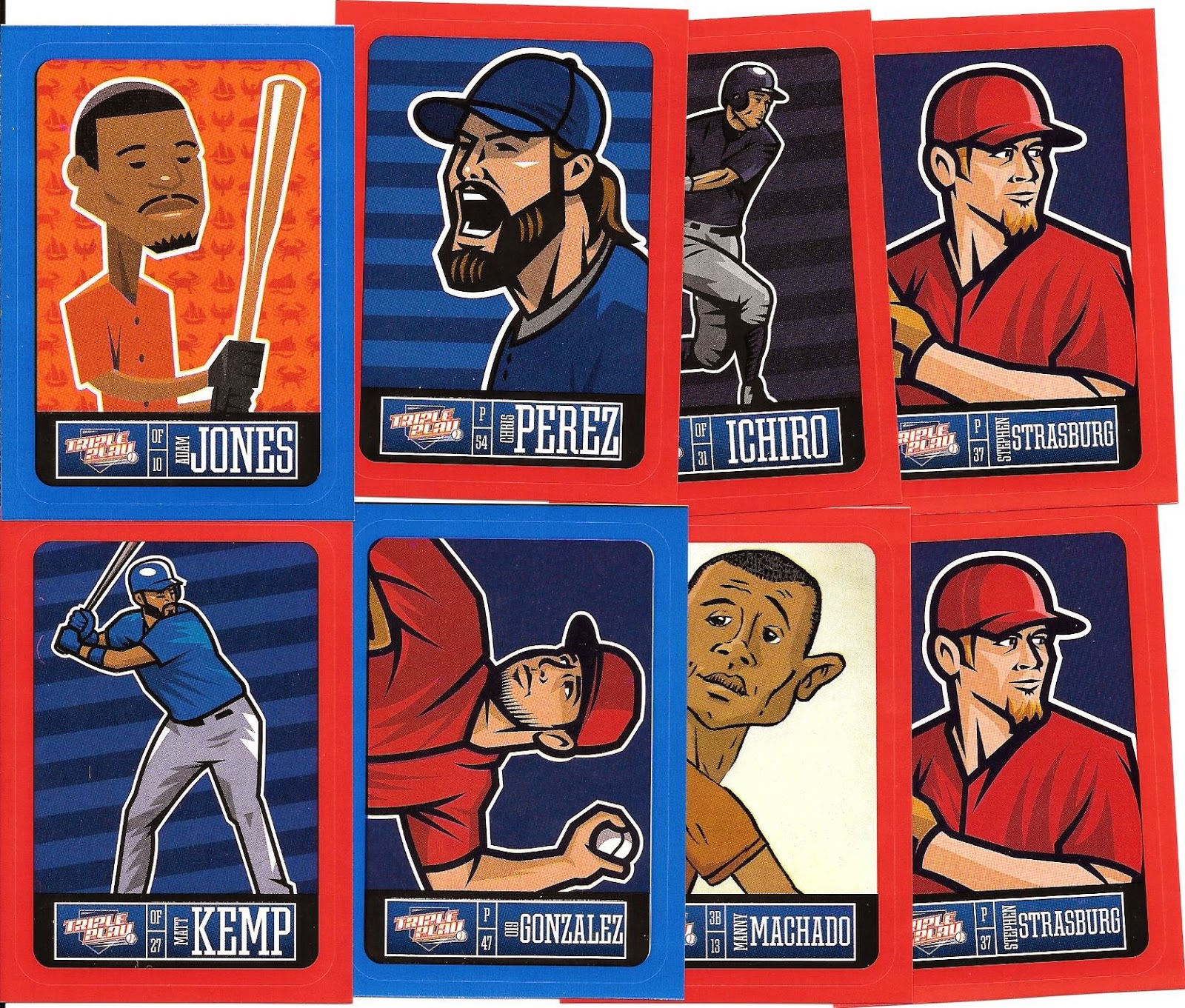 I have no idea why some of the stickers are blue while the others are red.  I also don't like the fact that we pulled duplicates (Strasburg) but what can you do?  I still need to figure out which team pile Chris Perez belongs to as well.

Next up, some of the rarer inserts.

We pulled a bunch of tattoos (Jeter, Posey, Kemp, and Darvish) as well as one eye black card (Verlander).  I'm a sucker for "weird" inserts like this - probably why I always loved Collector's Choice as a kid...so for me, these are nice additions!

Heading back to the realm of "normal" inserts, we found three All-Star cards.

I like the look of the All-Star cards - but again, the stylized look of the set isn't for everyone.

Our last couple of inserts found so far include two Baseball 101 cards. 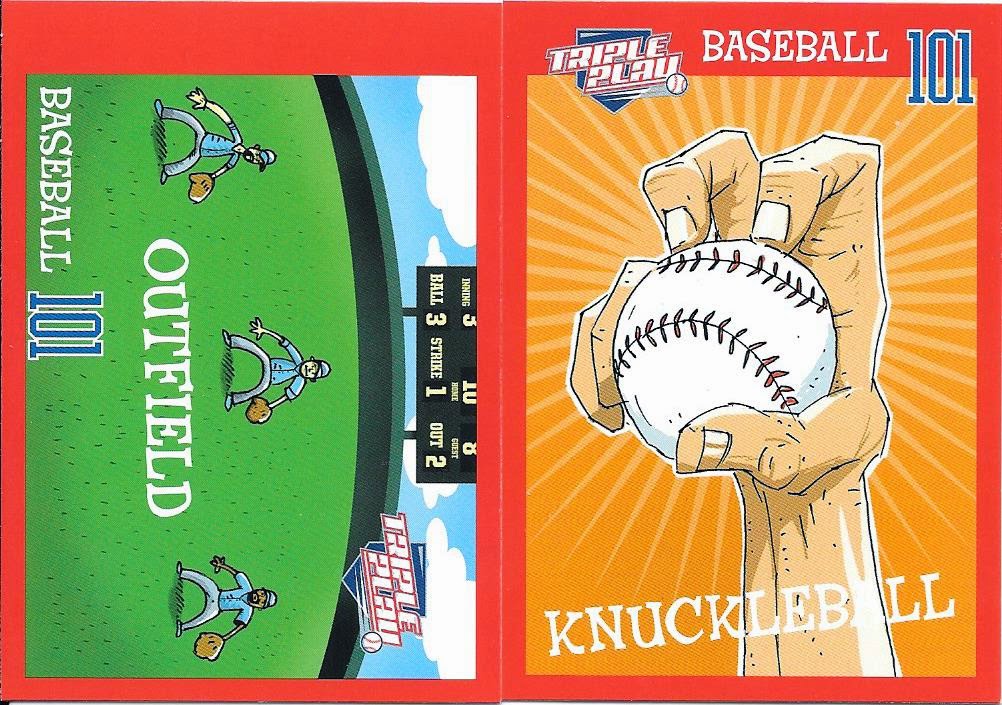 Since the Baseball 101 cards don't have any teams attached to them, the cards will be randomly added to team piles at the end of the break.  I like the knuckleball card more than the outfield card but I think Panini did a good job with this insert idea!

And finally, the last insert we found in the first eight packs was this kinda cool, kinda weird card about eating hot dogs at the ballpark. 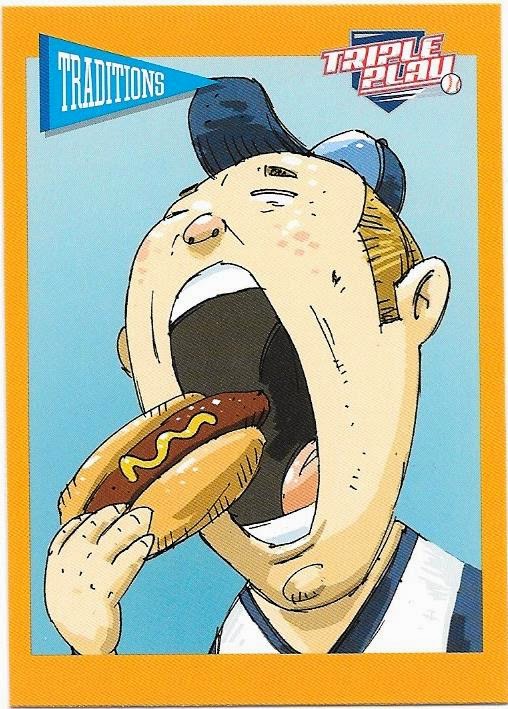 Just like with the Baseball 101, this card will be randomed off at the end since it too has no team name attached to it.  The back of the card does give a shout out to Chevy though - I wonder if there was some sort of paid product placement there?

So what do you think of the Panini Triple Play box so far?  I hope everyone likes the cards - they are certainly unique as compared to most of what Topps has been putting out over the last few years!  There will be more group break goodies to come, stay tuned!
Group Break 4 in 2014 Panini Triple Play 2013