The Munnatawket Custom Mini Set Grows Some More! (Details Here and a CONTEST!)

on December 29, 2014
As almost everyone who has traded me knows, I have a friend Ryan who makes an awesome custom mini set based on the 2008 Topps Allen & Ginter's card design.  Ryan recently mailed me a new batch of his custom cards including brand new cards numbered 79-90 in the set!

That's right, his custom set currently stands at 90 cards...actually 91 cards if you count card #0 (and most of you who have been lucky enough to get one of card #0 from Ryan or myself most certainly count Miss Kate Upton in our sets)!

Anyhow, in an effort to tease out the new portion of the custom set a bit - here are a few hints for the 12 new cards.  The hints will help you with the contest (all details below)!

1.  One of the 12 is a non-baseball player.  It's a golfer not named Tiger Woods.
2.  In the 11 new baseball player cards, there are ten different teams represented.  Thus, two teams get a pair of cards.
3.  One of those teams with a pair of new customs?  The Phillies.  The other is a team that seems to only win World Series on even numbered years.
4.  Some of the best rookies this year?  Probably part of the 12 new cards - at least two of the hottest, non-Yankee American League rookies this year!
5.  There is a Yankee.  Of course there is a Yankee.  Even a fake Topps set needs to have Yankee overload!
6.  No Reds :-(
7.  The AL Central gets two cards.  The NL Central only gets one.
8.  The AL East gets two cards, the NL East also gets two (both for the same team).
9.  The AL West gets two new cards, the NL West gets two as well (again, both for the same team).
10.  There is one legend player in the new batch.  He played for an NL East team.
11.  One player, who was recently signed by a new team (he's shown as a member of his old team) had his trade announced via a series of dots and dashes on Twitter.
12.  There are two players named Jose in the newest batch of cards.
13.  Finally, to help you get 'em all - here are the letters you need in order to get the initials of every person's first and last name (in alphabetical order) (including the golfer):  A A A C F G H J J J J M M M M M P P R R S S S T
14.  Ok, one more hint - use the image below to help you...it's made up of parts of seven of the twelve cards! 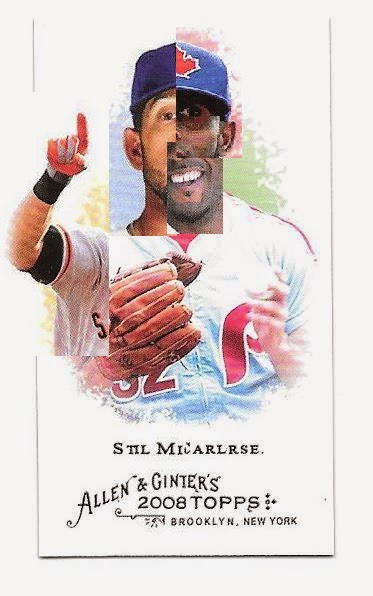 The first person to leave a comment on this blog with ALL TWELVE people correctly identified will get a full "high series set" of the 12 custom minis mailed to them by me.  There are a bunch of hints above - so while this seems like a tough task I think it's doable!  If no one correctly identifies all 12, I will mail the prize to the person who gets the most names correct.  Only one entry per person - ties go to the person that comments FIRST!!

This contest will close on Friday, January 2 at midnight EST.

In addition to the new high numbered cards (and new cards are always great when the set is as awesome as Ryan's set happens to be), Ryan also included a few "updated" versions of cards.  There were three in total - two I noticed and a third Ryan had to bring to my attention since I'm not always the most observant!

Anyhow, for those that might be interested, the three newest cards with a variation version are:
Giancarlo Stanton 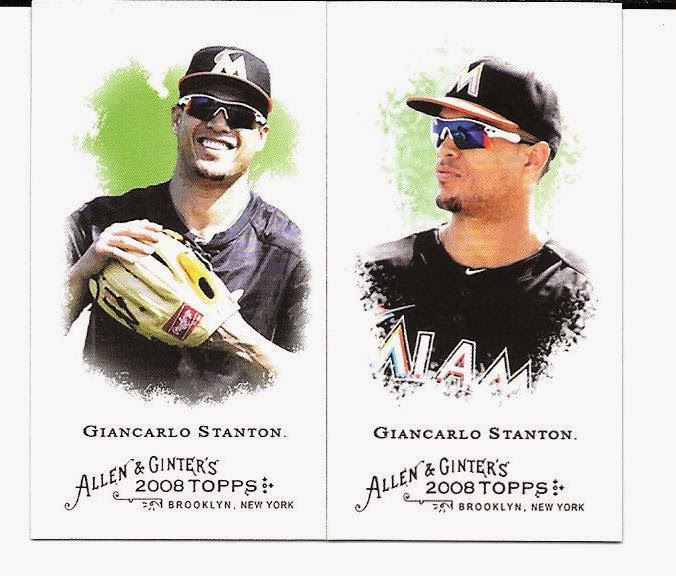 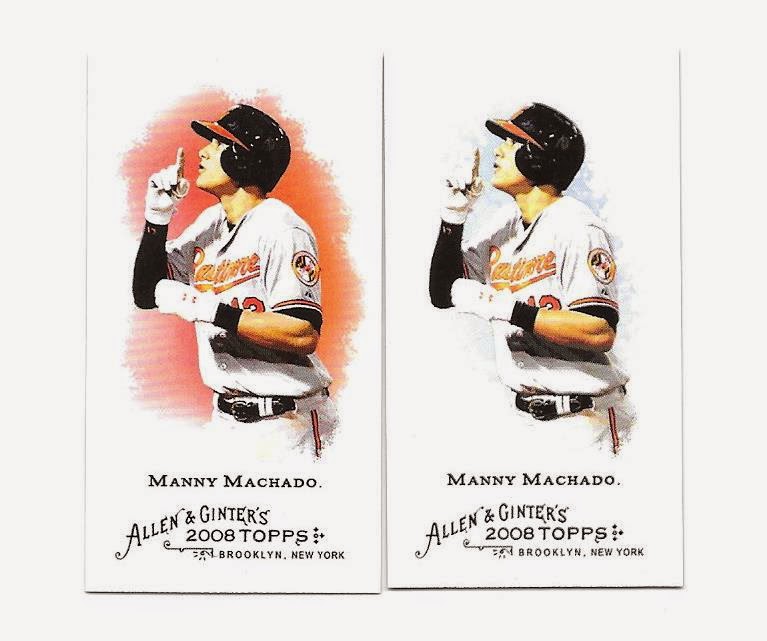 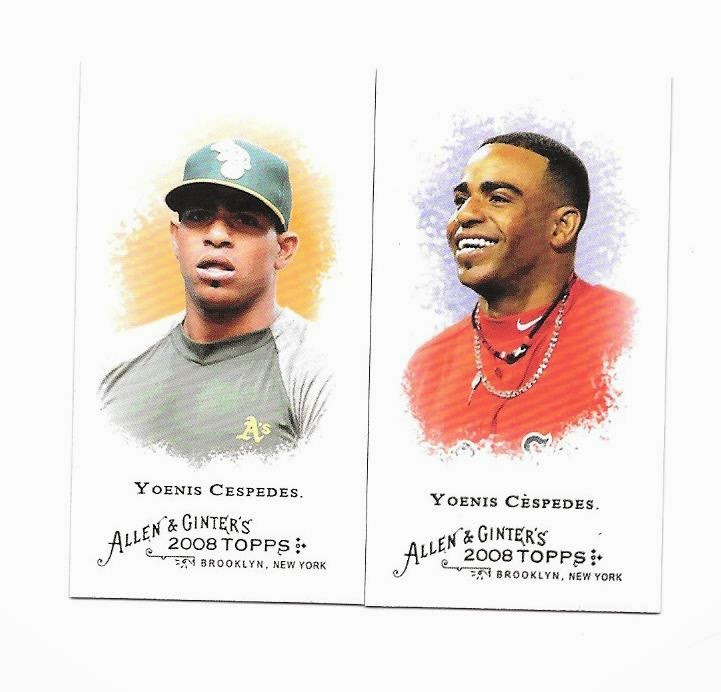 I think the Cespedes is my favorite change - I'm a sucker for uniform changes!

Those three cards are all part of the lower numbered set though so unfortunately they won't help you much with the contest!