Cards from the Wife! (Including my Best Blaster of 2018 to Date)

on March 29, 2018
A long running "joke" in my household is that whenever my wife has to go to Target (or Walmart) she asks me what I need, usually with an additional line like "don't say LEGO."  Well, this time I said baseball cards, specifically Topps Gypsy Queen for her Target run.  She didn't appreciate that much either (her ideal answer would have been some sort of toiletries or the like that I was in need of).

But, all that said, my wife does love me and while there weren't any Gypsy Queen packs at the time of her visit, she did pick me a blaster of 2018 Heritage because "the box looked retro and I know you like old cards."  Plus, she added, "it had a coupon for a free pack with it." 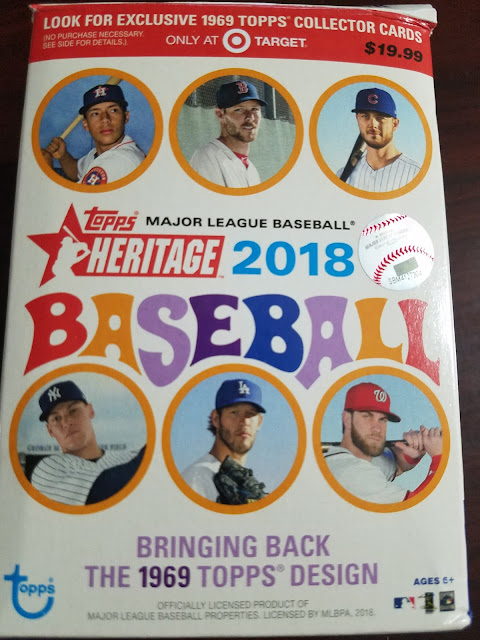 Starting with the free pack, it was a pack of 2018 Topps Series 1.  I'm sure all of the packs had been presearched but that's alright since I'm not after Topps flagship for the hits (and with stated odds of 1:2,200 for an autograph, you shouldn't be buying retail Topps for hits either)! 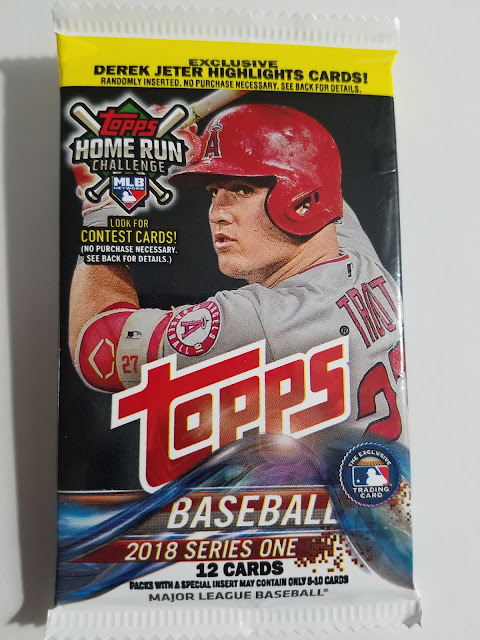 The pack itself did not provide me with any of the cards that I was still needing for my set, but I did get a nice shiny card of Angel's rookie Parker Bridwell along with a Manny Machado insert.  It definitely could have gone worse. 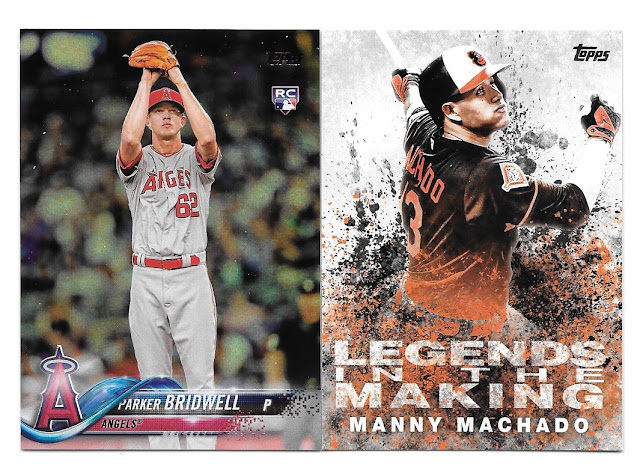 Moving on to the real prize, the blaster of 2018 Heritage!

Now, I don't have plans to collect this year's Heritage set - but I was still happy to get the blaster since I do like the set a lot and I haven't bought any Heritage for myself (other than the two teams I ended up with in my recent Heritage group break).  Thus, I knew that most of the cards would be new to me at least...little did I know how good this blaster would actually be! 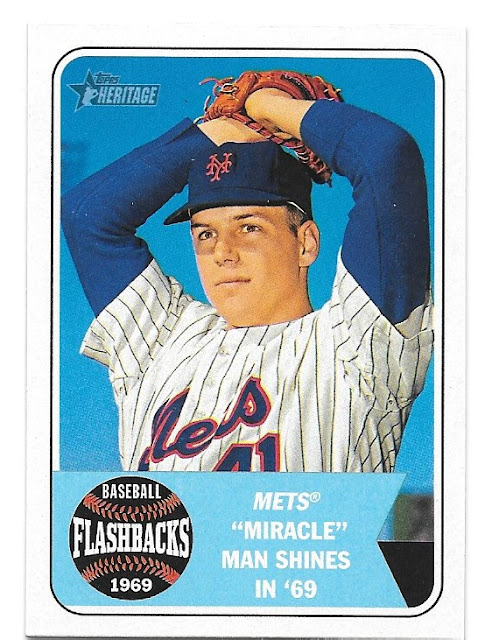 I like the Seaver card a lot - so much blue on that one!  I also think that there are four other cards in this pack alone that have a shot at making it into my Frankenset (whenever I get around to actually putting that together).  Not a bad start. 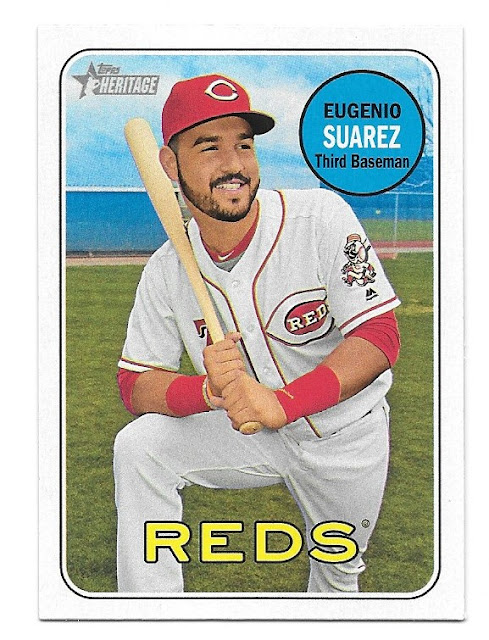 The first short print in the blaster is a Red!  You can tell this isn't a blaster that I picked for myself because that never seems to happen for me.  Definitely a keeper card.  Getting the Aaron Judge rookie cup card is also nice. 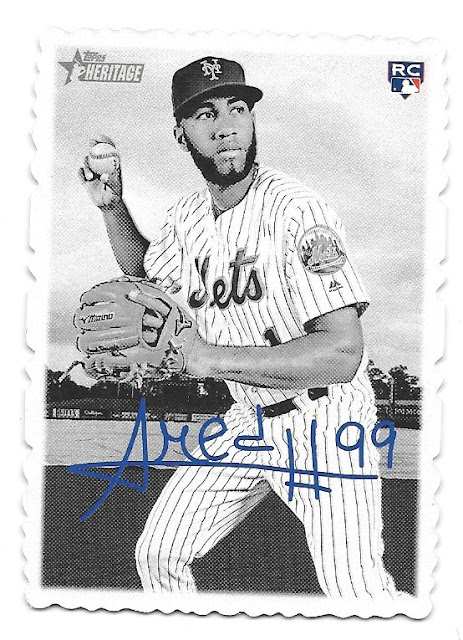 Admittedly, this wasn't the most exciting pack for me.  I don't particularly care for the Deckle Edge cards, the Mets, or Rosario himself so that one doesn't do much for me.  Even the portraits in this pack were almost all identical (and boring). 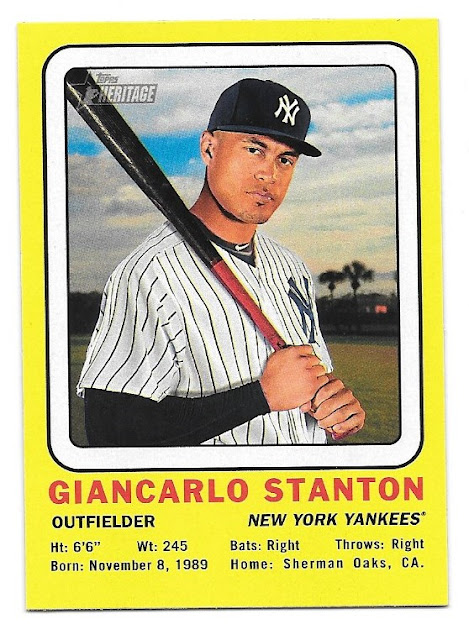 The Bruce base is a keeper (and the Astros winning Game 7 might make it into the Frankenset as well).  The "collector card" is a Yankee which means I don't particularly care for it.

At this point, I'm halfway through the blaster and it seemed to be mostly pedestrian.  I wasn't mad by any means (first because these were gift baseball cards from my wife and second because I did get a few cards for my collection including a Reds short print).  Hard to ask for much more than that...  Of course, there are still four packs remaining, could there be something unexpected coming up?  (hint:  yes, most definitely, yes). 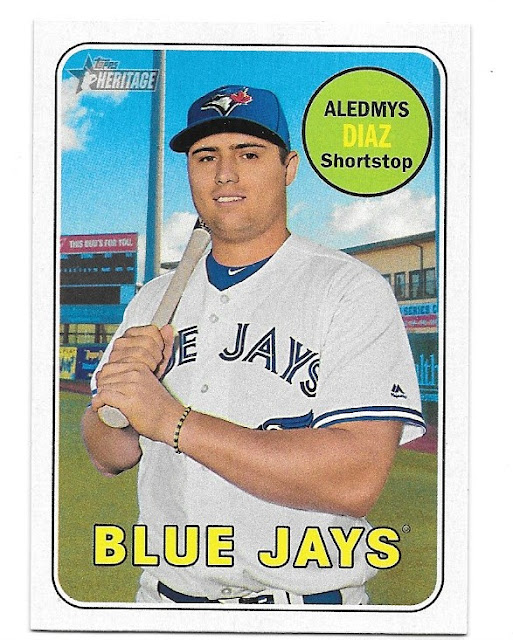 My second short print of the blaster (right on target since they are 1:3 packs). 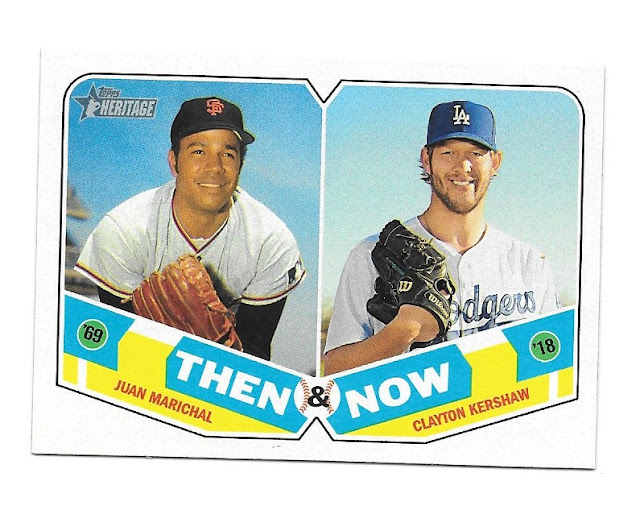 Another decent pack, I was happy to land the Cueto (even if he isn't a Red any longer).  The Then & Now cards look good this year, though I imagine both Giants and Dodgers fans are unhappy to see the two teams paired together! 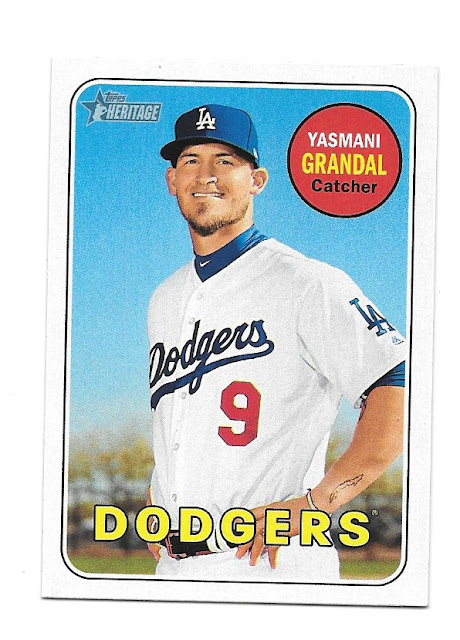 My third short print of the blaster was a pleasant surprise.  Short prints usually sell for a couple of bucks each so I figured that was good.  Quite honestly, had the blaster ended here I would have called the entire thing a success because again, they were cards from my wife!  I mean, as a married guy, you can't ask for more than that!

But...I got more than that.  Not only is my wife lovely and awesome and all those things, but she is also apparently a wiz at picking out the perfect blaster. 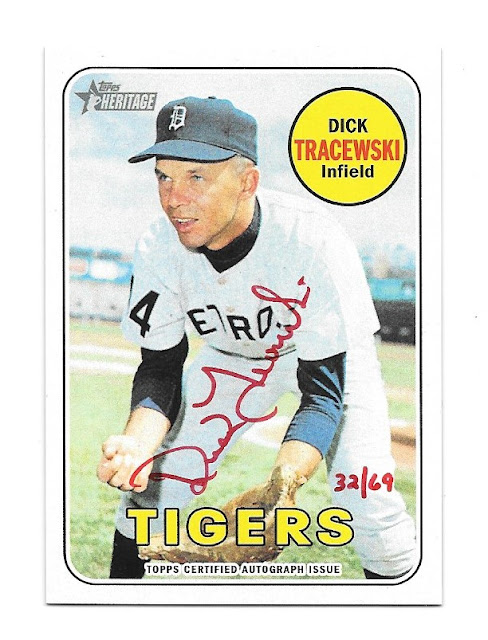 That's a Real One Autograph Special (red ink) edition, hand signed on card and hand numbered 32/69.  Those are seeded a whopping 1:1,002 retail packs!!  You can only imagine my surprise when I pulled this card out of the final pack that I opened.  I was so excited by it I even showed it to my wife (she asked if it was worth a million dollars to which I had to sadly reply "no") but still, very cool!

That does it for the blaster (plus the free pack) of cards.  Getting cards from my wife is great.  Getting unexpected autographs of players of yore, even better!  This blaster will probably be hard to top this year...unless maybe my wife picks out all future baseball card purchases for me.