on May 11, 2020
Before we get to the next vote, we ought to update ourselves on some previous votes!

For 2009, a big congrats goes out to Creatures of Legend, Myth, and Terror.  That set won in a landslide in the 2009 voting.  Also worth noting, the year 2009 had our first two sets that didn't get a single vote (Extinct Animals and Inventions of the Future, both stealth minis no less)!

Moving on to 2010, we had our first tie for first place (actually, a three-way tie) between Lords of Olympus, National Animals, and World's Greatest Wordsmiths.  Thanks to Matt's early vote for the Lords of Olympus it's the Greek Gods who walked away with the highest seed out of the 2010 set.

Now, let's get to the next installment of the Ultimate Ginter Mini Set Bracket!

Welcome to the fifth of my Ultimate Ginter Mini Set Bracket posts!

The 2011 Allen & Ginter set returns to "normal" in some sense of the word in that we are back down to under 100 total mini insert cards to chase (unlike the previous year which had over 180 minis).  Topps still produced a whole bunch of mini insert sets but most of them are relatively small which does help make this set "feel" more collectible than the previous year.

Here's the running tally of mini sets and total number of mini cards in each year's edition of Allen & Ginter:

The Animals in Peril cards were seeded 1:12 packs which is the most common insertion ratio for minis in 2011.  The Animals set is the largest of all 2011 mini sets (coming in at "only" 30 cards).  As you could probably guess from the set's title, the subjects of each card in the Animals in Peril set are animals which are facing extinction.

While I don't have all of the 2011 mini sets (as you'll see in a moment), I can at least say that my Animals in Peril set is 100% complete.  This set wasn't terribly difficult to finish off back in 2011 since the Animals in Peril were the most common mini inserts that one could find (hobby or retail).

Fabulous Face Flocculence
Note:  No scans because I don't own any of these!

I may have completed the 30 card Animals in Peril set without much issue but the 10 card Fabulous Face Flocculence set ended up proving way too elusive for me (I own zero of these cards and I've decided not to bother trying to chase the set).  This was one of the stealth inserts that Topps included and while the word Flocculence is kind of cool (and was new to my vocabulary - flocculent means "resembling wool especially in loose fluffy organization"), I'm not a beard guy so this set wasn't high on my collecting priorities.

Fortunes for the Taking
Note:  No scans because I don't own any of these!

My father-in-law is obsessed with the Oak Island Money Pit show that is on TV.  For that reason alone, I should probably try and track down that particular card from the Fortunes for the Taking.  As it stands at the moment though, I don't actually own any of these.  This was another one of the stealth inserts (just like the Fabulous Face Flocculence set) and like that beard set it too has a whopping ten cards to collect.  That was all the reason I needed to skip out on this set as well back in 2011.

Flora of the World

The Flora of the World set has a gimmick where each card can actually be planted in the ground and (supposedly) flowers will bloom from it.  You might think that this is another stealth insert but as it turned out, Topps actually used this set as a sales driver for the set (that said, the cards were very rare, seeded 1:144 packs)!  Topps would go on to repeat this gimmick in a future Allen & Ginter set but we will get to that in due time as I progress through the sets year by year.

It should be noted that the Flora of the World cards do feel different in hand.  They appear to be almost like a stiff paper towel in texture, sort of fuzzy as compared to regular cards.  I assume that's because they need to disintegrate when placed in soil (and watered).

As for me, I do own this entire set despite each cards general rarity. 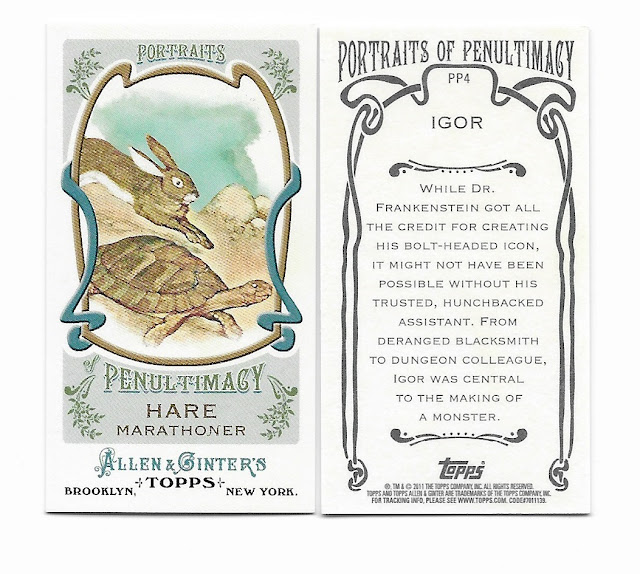 Another set that I have completed, the Portraits in Penultimacy basically celebrates the runners-up or the sidekick to the story's hero.  This ten card set was seeded 1:12 packs originally which meant it was by far one of the easiest to complete via ripping packs. 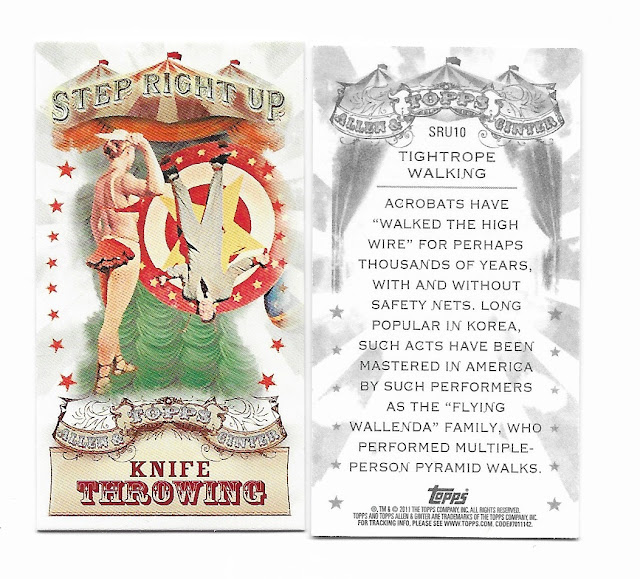 Another ten card set that I've managed to build in its entirety, the Step Right Up! set was a bit rarer (seeded 1:15 packs) but it was still manageable if you were an active trader (and bought enough packs, I suppose).  The set has a strong circus theme to it both in terms of the subject matter but also the general card design. 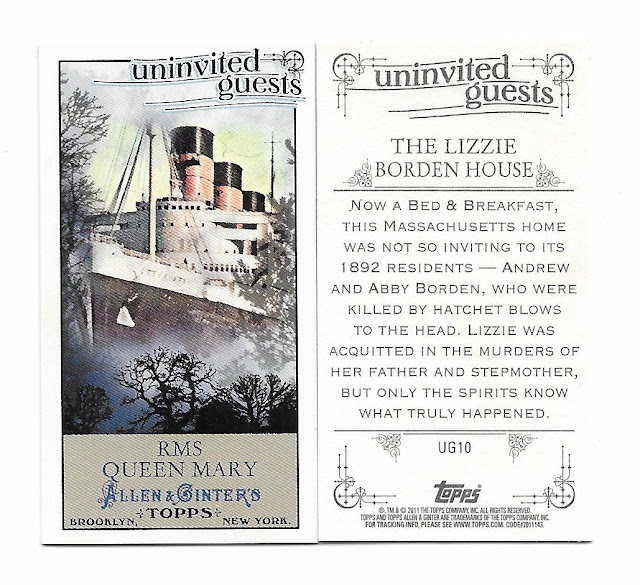 The Uninvited Guests set is another ten card insert set (a common theme in 2011) which was seeded 1:12 packs making this as easy to complete as the Portraits in Penultimacy.  This set celebrates all that is spooky and/or a little creepy all around the country. 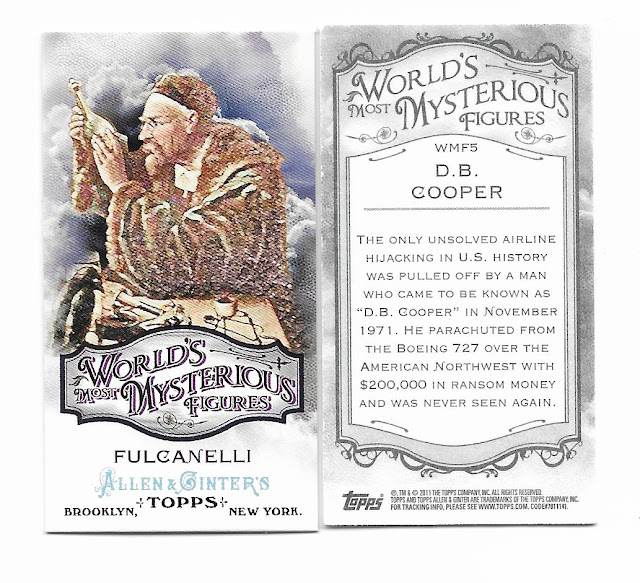 Finally, we make it to our last mini insert set from 2011:  the World's Most Mysterious Figures.  This ten card set (like Step Right Up!) was seeded 1:15 packs which means it's a bit tougher to complete than some of the other sets, but not so tough to complete that I gave up on it.  That's right, this is another set that I have managed to collect in its entirety which means that other than the two stealth insert sets I've completed the 2011 mini sets!

And that does it for 2011!  Now it's your turn to cast your ballot in the comments below for your favorite mini set from the year 2011.  Vote now!