Last year, I completed my original 1889 Allen & Ginter set 50 Fish from American Waters.  It took me a number of years to build the entire set but I have to admit, I had a lot of fun doing it and I knew once I was done with that set it wouldn't be long until I would want to try my hand at another original Ginter set.

Well, that time is now!

In fact, I ended up narrowing my list down to two possible sets and then couldn't narrow it down any further...so why not attempt to build a pair of original A&G sets?!

First up, I'm going to try for the 1887 Allen & Ginter Flags of All Nations (N9) set.  Like most (all?) Ginter sets of the era, this is a 50 card monstrosity where each card features a flag of a given nation.  Loyal readers know I love the modern Topps' Ginter iterations of flag related sets so trying for the original was kind of an easy choice!

As luck would have it, I already own one card from this particular set - the flag of Greece. 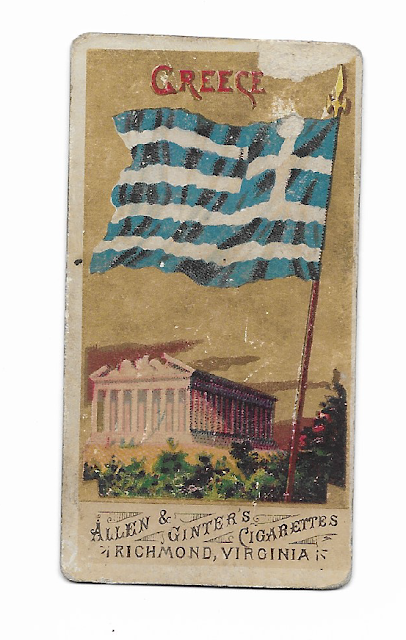 I picked up this card at some point during my set build of the 50 Fish set.  I would often grab other original Ginter cards from eBay sellers that had a fish that I needed - that's how this one ended up in my collection.  Plus, with my love of Greece - if there's one country to start with that might as well be the one! 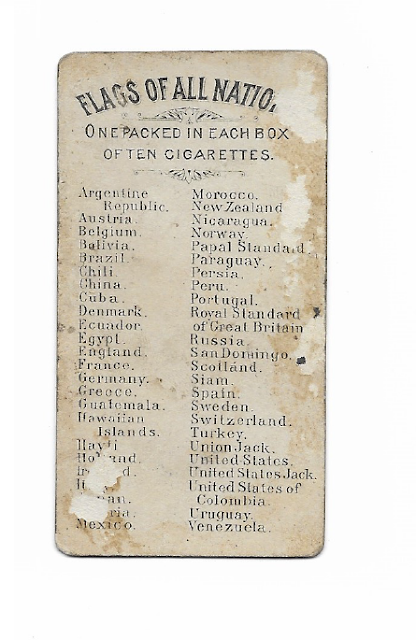 According to TCDB, not only are there 50 cards in the set as the card back says, but there are actually 58 cards if you count all of the known variations.  I'm not sure that I'm going to be chasing all of the variations but for now I have added them all to my TCDB want list (I'm guessing there aren't many people trading original 1800s A&G cards on there, but it can't hurt to add them to my list)!

Even better for me, I already have a nice head start to this particular set - somehow over the years I've managed to accumulate three different cards from the set. 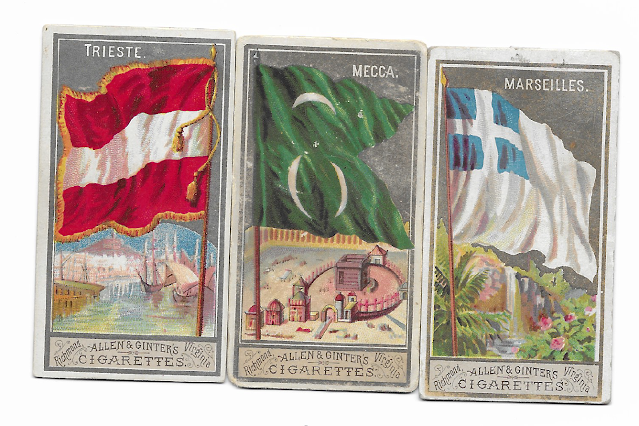 The good news for me is that this set is "only" 50 cards...no random variations to think about tracking down here! 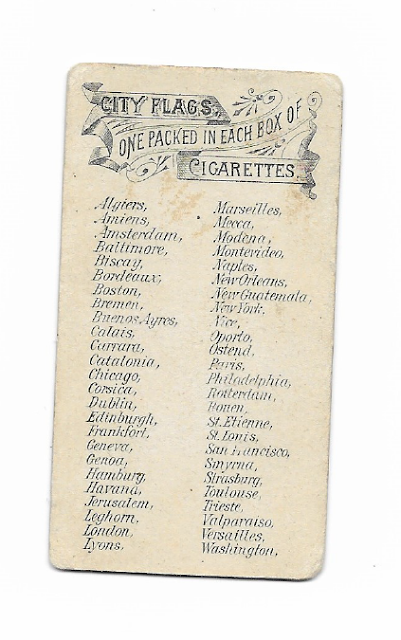 Overall, I have to admit that I'm excited to get started on this adventure.  I'm sure it'll be many, many years before I get to even 50% complete and there's a decent chance I'll never actually get either set 100% complete (then again, I thought the same thing about the Fish set and here we are)!

Just for fun, here's a quick glance at my "random" original Ginter cards that I've accumulated - well, all but the three City Flags cards you see in the above photo. 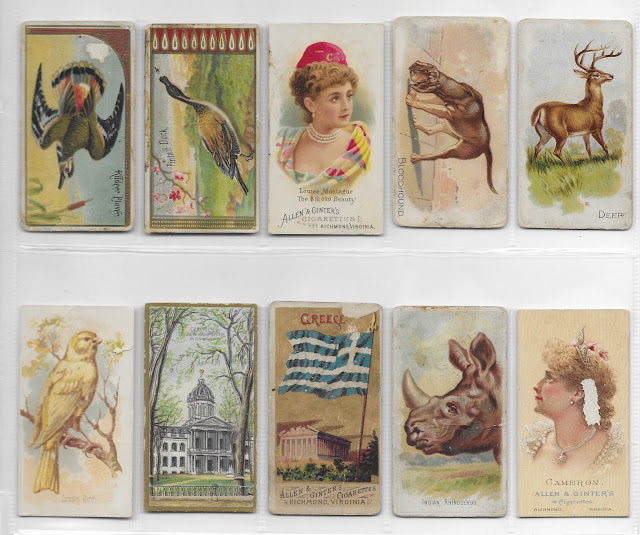 Aren't they lovely cards?  I think so at least!  I don't plan on getting rid of any of the cards that I have - though I do actually have quite a bit of original A&G trade bait from the Fish set... 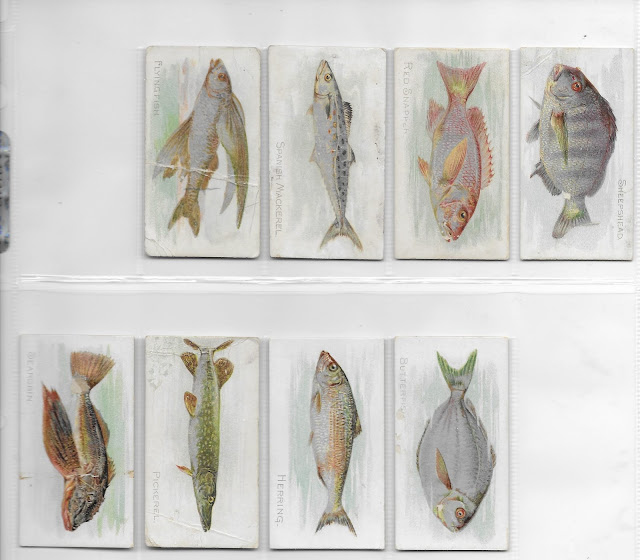 All of the cards in the above scan ARE available for trade, ideally for other original A&G cards that I need/don't own.  I ended up with the eight extra fish cards as part of the collecting process (mostly from buying lots which included duplicates for me).