The college where I teach begins their spring semester in exactly one week - hopefully I will have this box of 2001 Upper Deck Vintage busted (and sorted) prior to the start of school!  A few days ago, I showed off some of the highlights from the first six packs of the box - now let's rip the next six packs!

First, the bad news.  In packs 7 - 12, I pulled four duplicate pairs.  Factor in the first six packs and I'm up to 12 pairs of doubles from the box itself already.  The only good news on the base card front was that I did land one more that I needed:  Ruben Mateo. 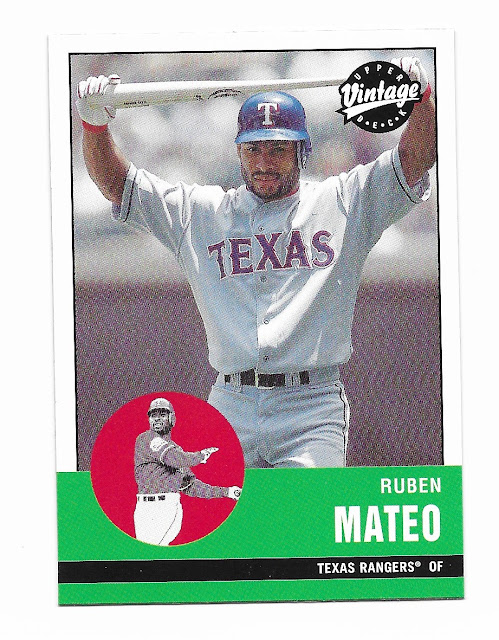 The Mateo was only the fifth base card that I've needed from the box and I've now busted half of the box!  Ouch! 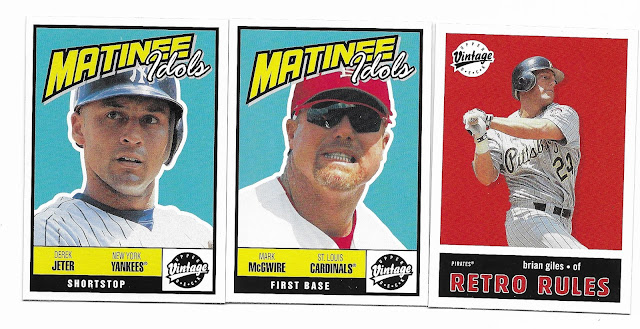 I'm still on the fence as to whether or not I'm going to chase any of the insert sets from 2001 Vintage.  I do know that I'm going to have a TON of trade bait from this particular set to list on TCDB soon.

That's half the box down and I don't have a lot to show for it so far.  Maybe trying for a full box to finish my set wasn't the best move...  Live and learn I guess, at least I get to rip some wax - that's always fun!