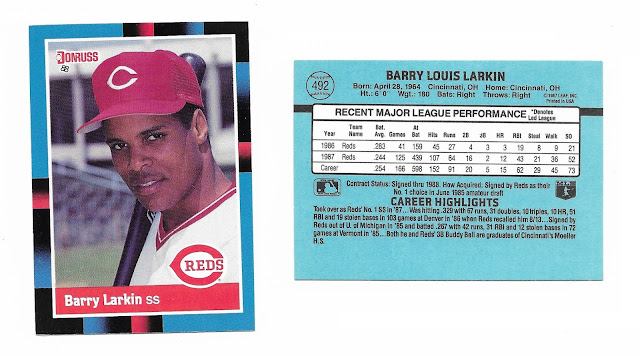 Most of the late 80s and early 90s Donruss sets have variations.  One such variation for most of those sets is whether the card came from a pack or a prepackaged factory set.  For the year 1988, you can tell which version you have by the size of the text box on the back of the card.  In Larkin's case, the last line of text only has "H.S." in it on the factory set version while the pack version has "Cincinnati's Moeller H.S." on the final line of text (see below for the pack version of the same card). 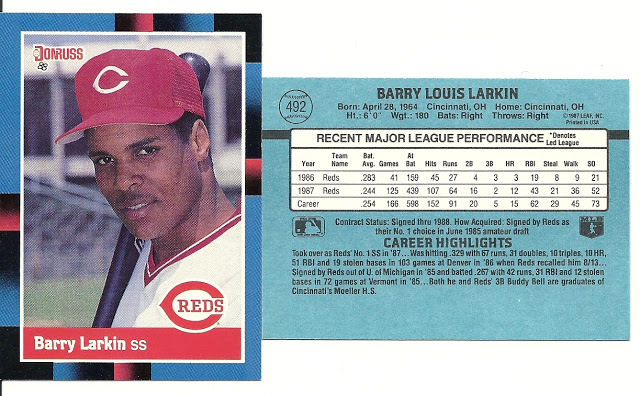 Why did Donruss do that?  Who knows?  But as a player collector, I had to track down both versions!
Barry Larkin Donruss 1988 Larkin Collection